Anderson Cooper is an accomplished Journalist. He also doubles as an author, TV personality, film producer and a presenter. He currently works for CNN where he hosts the news show, ‘Anderson Cooper 360’ and has a salary of $12 million per year.

Cooper studied political science and international relation at Yale University. He worked as a model for Calvin Klein, Macy, and Ralph Lauren before becoming a news anchor. Anderson joined ABC News in 1995 and later CNN in 2002 as a weekend prime-time anchor. He started hosting his Anderson Cooper 360 show on CNN from 2003.

Cooper’s successful journalism career has enabled him to accumulate substantial wealth over the years.  He comes from an affluent family, and he inherited a considerable amount of wealth from his mother when she died in 2019. Cooper’s mother had a net worth of about $200 million.

His accolades include five Emmy Awards, Peabody Award, and GLAAD Media Award, among others. Cooper’s net worth is approximately $200 million as of 2021.

“If you feel like an outsider, you tend to observe things a lot more.”
- Anderson Cooper

“Anyone who has experienced a certain amount of loss in their life has empathy for those who have experienced loss.”
- Anderson Cooper

“Never too late to change your relationship with somebody in your life.”
- Anderson Cooper

“I rarely ask people for advice or permission when I'm planning on doing something I feel strongly about. That only opens the plan up to be crapped on.”
- Anderson Cooper

Habit #1: Do Not Let Fear Overcome You

According to Cooper, it is normal to be fearful, but it is dangerous to allow fear to overcome you. He is not fearless, but he is cautious when dealing with things that can cause harm to him. Anderson believes he could not have become a successful journalist if he refused to go to war-torn countries.

Habit #2: Be Real, Be Yourself

Cooper believes that it's bad to pretend to be what you are not. It's good to be yourself and real in everything that you do. Anderson tries to be himself both on a personal and career level so that people can understand his personality, weaknesses, and capabilities.

You cannot excel in life by having a fake personality. It becomes easy to set achievable goals if you are not honest with yourself.

Habit #3: Do Not Rely on Advice

It's good to listen to advice from other people, but you should not let them decide for you. Cooper does not ask for advice and permission when planning to do something that he strongly believes in. He prefers to make his choices and deal with consequences.

People rely on the advice they get from other people end up making more mistakes. This is because they get the wrong advice. Make decisions on what best aligns with your goals, not someone else's. 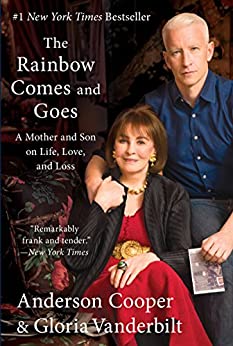 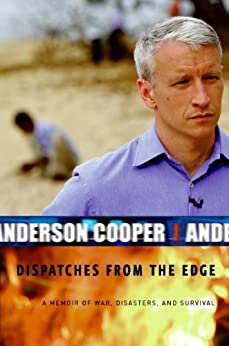 Do Not Let Fear Overcome You

Be Real, Be Yourself

Do Not Rely on Advice