Billy Ray Cyrus is a celebrated American country music singer. Other than singing, Billy is also a songwriter, guitarist, philanthropist, and a television producer. He began to sing at the tender age of four years after his grandfather introduced him to bluegrass and gospel music.

Billy started singing professionally in the early 1980s when he formed a band called Sly Dog with his brother. His band was lucky to get a gig in an Ohio club as the house band. However, the glory did not last long because a fire accident destroyed the club in 1984 and Billy lost all his music equipment.

He gained popularity in 1992 after releasing his debut studio album, ‘Some Gave All’ that controlled the airwaves. He has released several hit albums and singles that have earned him many fans locally and internationally.

Billy has also featured in several movies and TV series. His net worth stands at approximately $ 20 million as of 2020.

“I always prayed that God would give me the wisdom and the vision to do the things on this earth that I was supposed to do to express His life and love and His will.”
-Billy Ray Cyrus

“Each person has their own calling on this Earth.”
-Billy Ray Cyrus

“A lot of people think Christianity is about always being perfect. It's actually the opposite of that. It's realizing that we're all humans, and that's why God sent his Son to this earth - to save people.”
-Billy Ray Cyrus

“I am and always will be a sinner. But that's the beautiful thing about Jesus. I'll always try to be a better person in the eyes of God. But I'm not all of a sudden stepping up on a pedestal and saying I'm holier than thou, 'cause I'm not!”
-Billy Ray Cyrus

"But those dreams move on if you wait too long."
-Billy Ray Cyrus

Habit #1: Believe in God and Seek his Guidance

Billy believes that it is difficult to be successful in life without the intervention of God. He believes in God and seeks his guidance before doing anything. According to Billy, God cannot give a person a burden that he/she cannot carry because he is a caring father. God also blesses people so that they can accomplish their goals.

Nothing is impossible to God because he is all-powerful. Therefore, it is wise to pray him to bless your work so that you can excel. Similarly, you should ask for God’s forgiveness regularly because we are all sinners. You cannot fail in life if you ask God for guidance.

Habit #2: Act on Your Dreams

Every person has dreams that he/she wants to accomplish in the short-term and in the long term. Billy once said,"But those dreams move on if you wait too long." He believes in acting on time before it is too late. That is why he works hard every day to realize his dreams.

You cannot accomplish your goals if you keep postponing them. It is wise to act on your dreams if you want them to become a reality. Otherwise, they will remain as dreams and you will never change your life. Work hard and you will eventually make a positive change in your life and the people around you.

According to Billy, every person has his/her calling and talent. He believes he was lucky to realize his calling early enough. Billy does not regret becoming a musician because he has a strong passion for it. Music has offered him satisfaction and financial freedom that he could not get anywhere else. 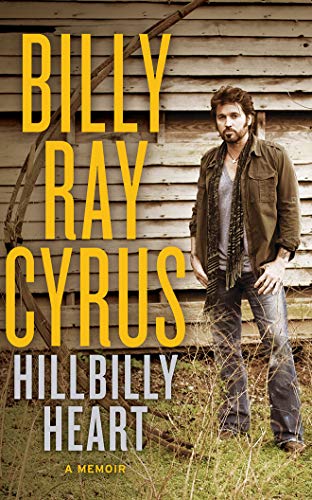 Hillbilly Heart: A Memoir Learn More Learn More
We earn a commission if you click this link and make a purchase at no additional cost to you.

Believe in God and Seek his Guidance

Act on Your Dreams