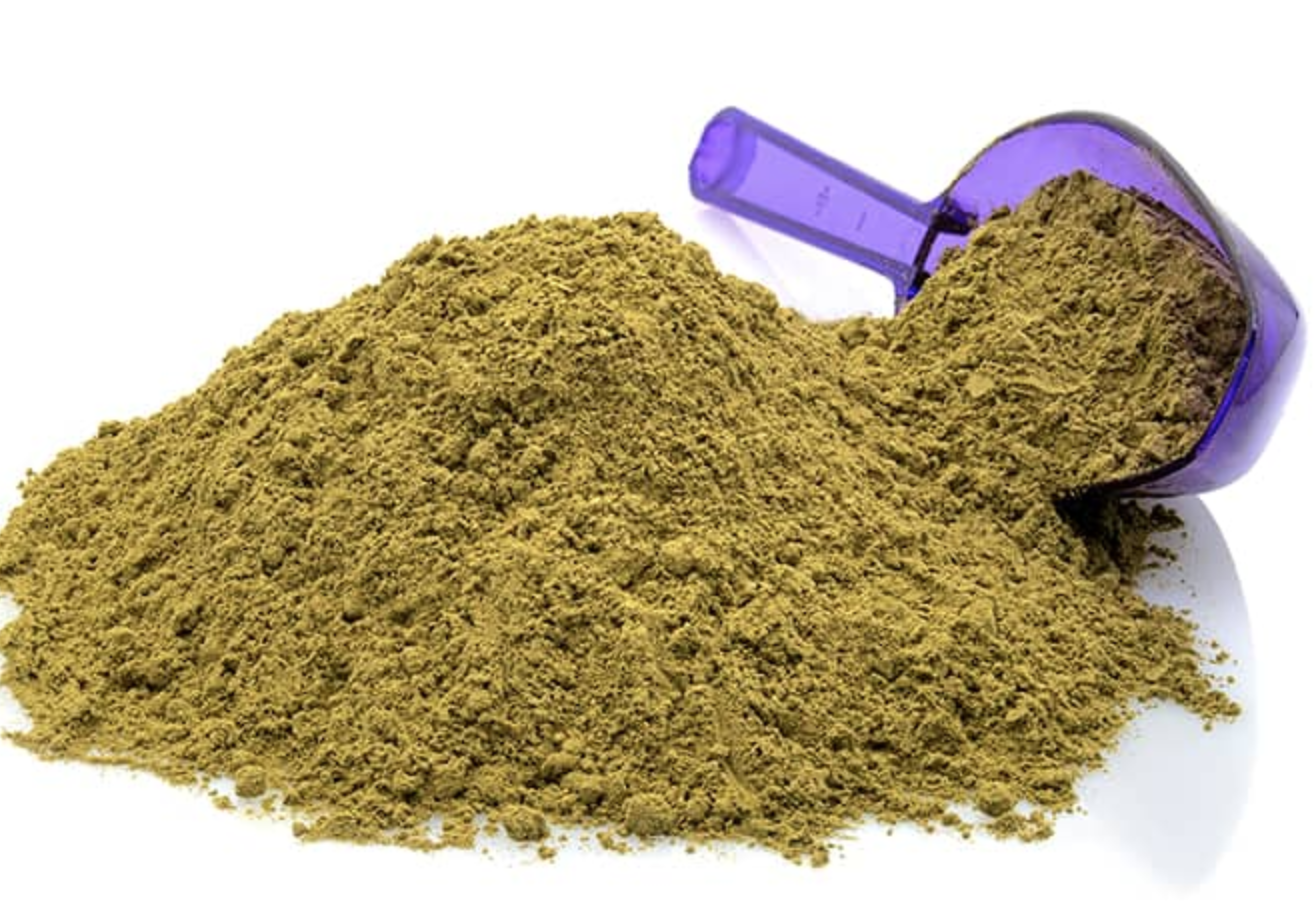 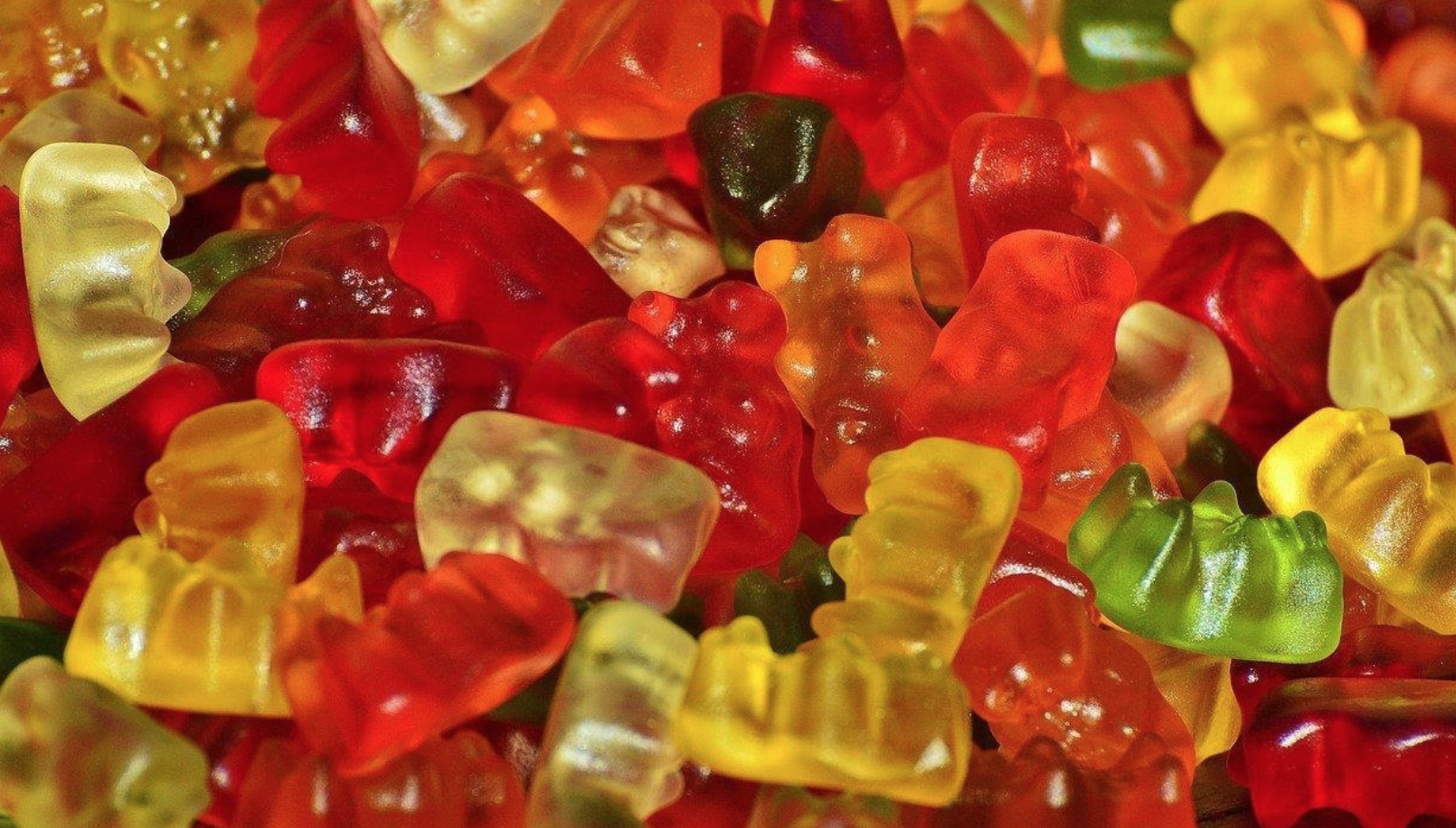 Why Are CBD Gummies the Best Way to Consume CBD? 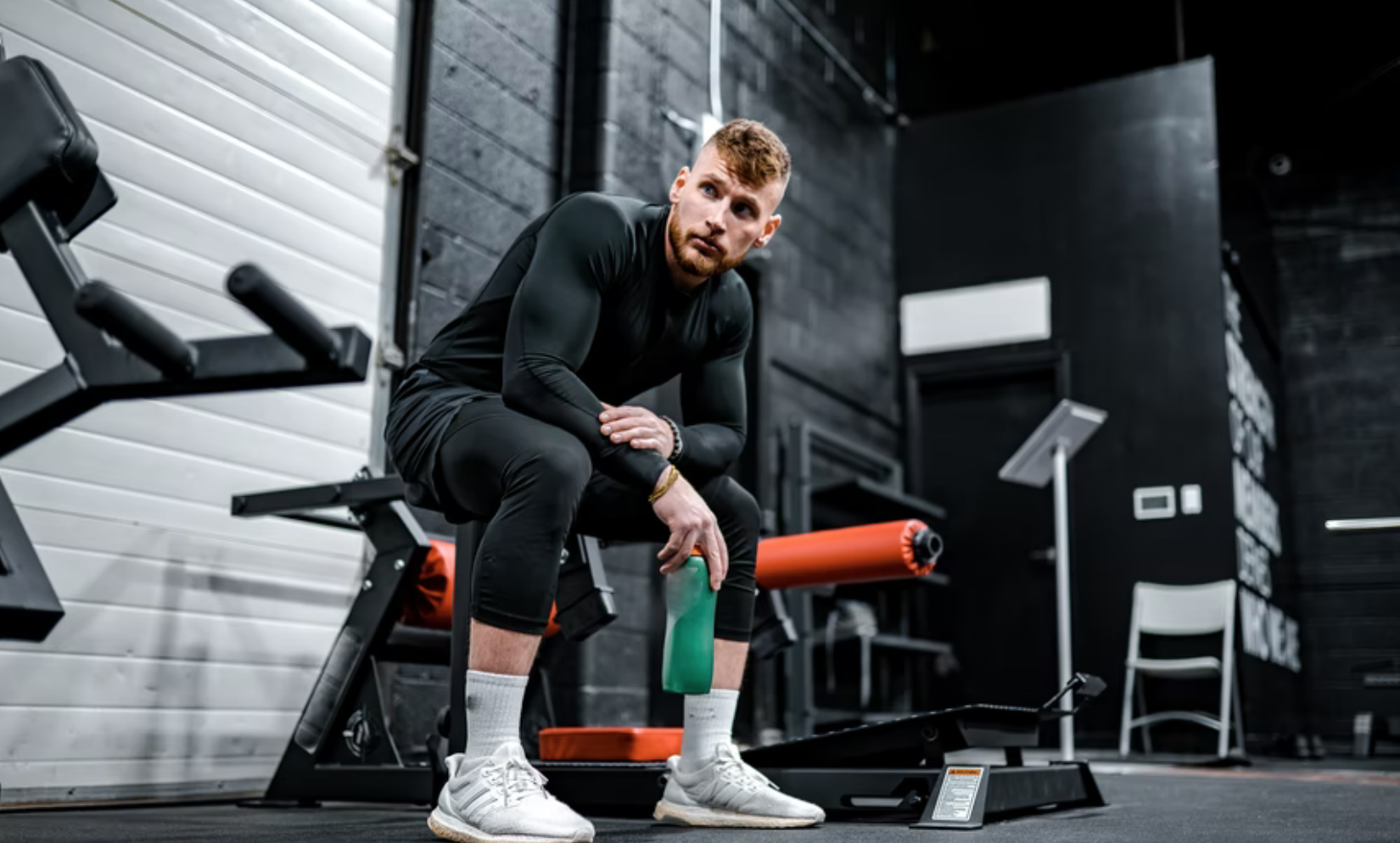 Going To The Gym For The First Time? Here’s How To Dress Right 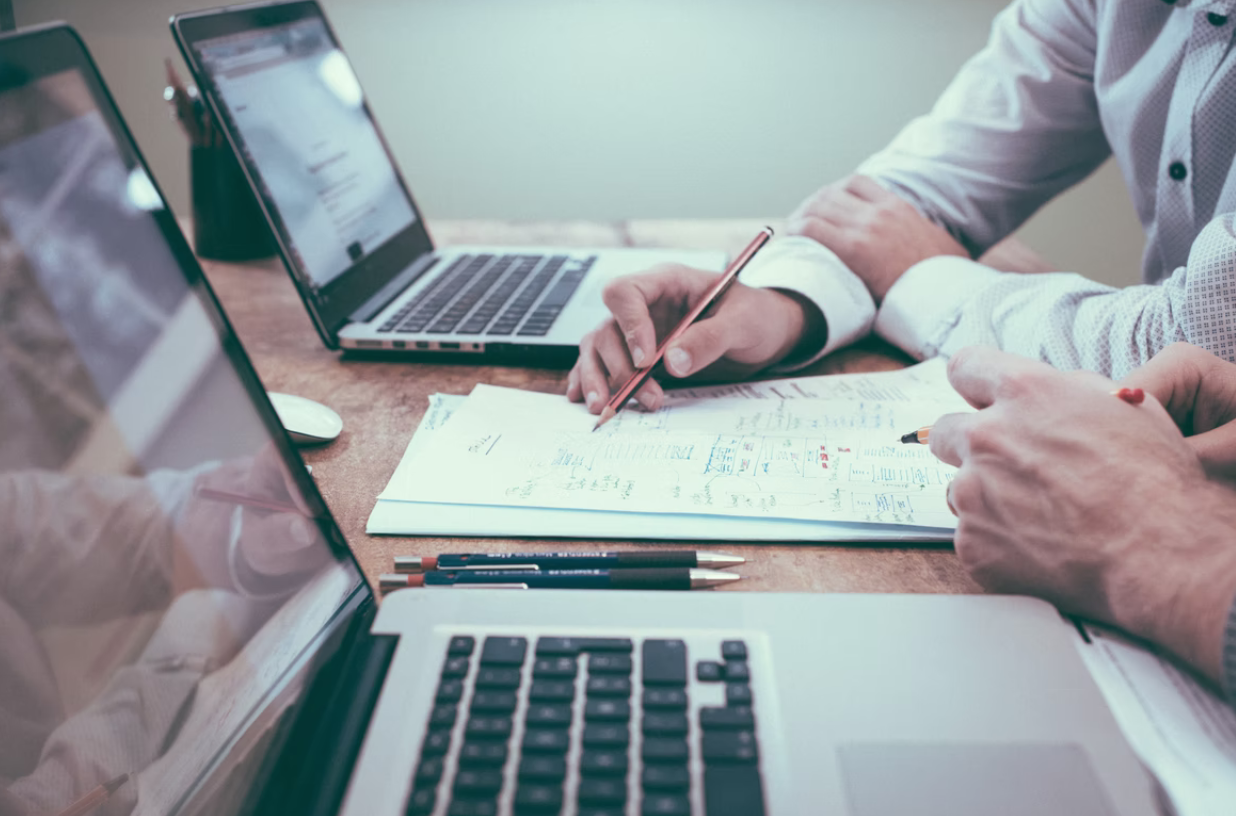 Easy Ways To Stay Ahead Of The Competition As An Entrepreneur

Why Are CBD Gummies the Best Way to Consume CBD?

Going To The Gym For The First Time? Here’s How To Dress Right

Easy Ways To Stay Ahead Of The Competition As An Entrepreneur

“In February there is everything to hope for and nothing to regret.” ― Patience Strong. Here are 34 Inspirational February Quotes.

1. “February, a form pale-vestured, wildly fair. One of the North Wind’s daughters with icicles in her hair.” ― Edgar Fawcett

3. “February makes a bridge and March breaks it.” ― Witts Recreations

4. “February is the border between winter and spring.” ― Terri Guillemets

5. “February is the uncertain month, neither black nor white but all shades between by turns. Nothing is sure.” ― Gladys Hasty Carrol

6. “The shortest day has passed, and whatever nastiness of weather we may look forward to in January and February, at least we notice that the days are getting longer.” ― V. Sackville-West

7. “February is merely as long as is needed to pass the time until March.” ― J.R. Stockton

8. “On the wind in February, snowflakes float still. Half inclined to turn to rain, Nipping, dripping, chill.” ― Christina Georgina Rossetti

9. “Why does February feel like one big Tuesday?” ― Todd Stocker

10. “Thick February mists cling heavily to the dead earth and to each leafless tree.” ― Emma Lazarus

11. “No one’s ever achieved financial fitness with a January resolution that’s abandoned by February.” ― Suze Orman

12. “February, when the days of winter seem endless and no amount of wistful recollecting can bring back any air of summer.” ― Shirley Jackson

13. “I used to try to decide which was the worst month of the year. In the winter I would choose February.” ― Katherine Paterson

14. “The February sunshine steeps your boughs and tints the buds and swells the leaves within.” ― William C. Bryant

15. “Late February, and the air’s so balmy snowdrops and crocuses might be fooled into early blooming. Then, the inevitable blizzard will come, blighting our harbingers of spring, and the numbed yards will go back undercover. In Florida, it’s strawberry season shortcake, waffles, berries, and cream will be penciled on the coffeeshop menus.” ― Gail Mazur

16. “There is always in February some one day, at least, when one smells the yet distant, but surely coming summer.” ― Gertrude Jekyll 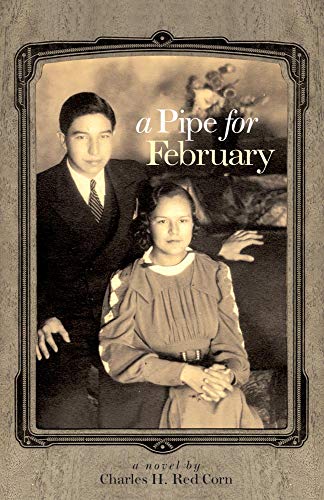 A Pipe for February: A Novel Learn More
We earn a commission if you click this link and make a purchase at no additional cost to you.

17. “Probably more pests can be controlled in an armchair in front of a February fire with a garden notebook and a seed catalog that can ever be knocked out in hand-to-hand combat in the garden.” ― Neely Turner

18. “While it is February one can taste the full joys of anticipation. Spring stands at the gate with her finger on the latch.” ― Patience Strong

21. “Today is the first of February, snowy, brilliant, but dripping with the sound of spring wherever the sun lies warm, and calling with the heart of spring yonder where the crows are assembling. There is spring in the talk of the chickadees outside my window, and in the cheerful bluster of a red squirrel in the hickory.” ― Dallas Lore Sharp

22. “February the month of love?!! No wonder the shortest one in the calendar.” ― Dinesh Kumar Biran

23. “A small bird twitters on a leafless spray, across the snow-waste, breaks a gleam of gold. What token can I give my friend today? But February blossoms, pure and cold? Frail gifts from Nature’s half-reluctant hand. I see the signs of spring about the land. These chill snowdrops, fresh from wintry bowers are the forerunners of a world of flowers.” ― Sarah Doudney

24. “In the coldest February, as in every other month in every other year, the best thing to hold on to in this world is each other.” ― Linda Ellerbee

25. “Even winter, the hardest season, the most implacable, dreams, as February creeps on, of the flame that will presently melt it away. Everything tires with time and starts to seek some opposition, to save it from itself.”― Clive Barker

26. “Though, February is short, it is filled with lots of love and sweet surprises”. ― Charmaine J. Forde

27. “Late February days; and now, at last, Might you have thought that winter’s woe was past; So fair the sky was and so soft the air.” ― William Morris

28. “Without Valentine’s Day, February would be well, January.” ― Jim Gaffigan

29. “Cold and snowy February Does seem slow and trying, very. Still, a month made gay by Cupid Never could be wholly stupid.” ― Louise Bennett Weaver

31. “The bitter winds in February were sometimes called the First East Winds, but the longing for spring somehow made them seem more piercing.” ― Eiji Yoshikawa

34. “Even though February was the shortest month of the year, sometimes it seemed like the longest.” ― J.D. Robb 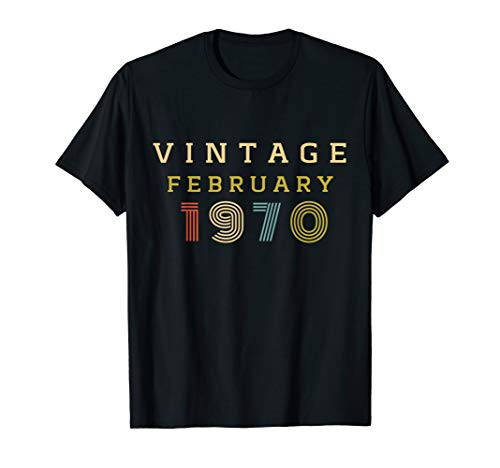 50 Year Old Birthday Gift Vintage 1970 February T-Shirt Learn More
We earn a commission if you click this link and make a purchase at no additional cost to you.

- Cold Showers, Early Mornings and The Will To Keep Digging

“The day and time itself, late afternoon in early February, was there a moment of the year better suited for despair?” ―   Alice McDermott

“When God was making the months I think February was a mistake, like a burp. There it was, small, dark, and prickly. It had absolutely no redeeming qualities.” ―  Shannon Wiersbitzky