Garth Brooks was born in February of 1962, in Oklahoma. He is an American singer and songwriter. He was a good athlete and was on a number of different sports teams at his school including baseball and football. He was a good enough athlete to get a track scholarship from Oklahoma State University. He graduated from that same school in 1984.

Garth released his first album in 1989. It his number 13 on the charts that year. This sprung his fame quickly with subsequent album releases his fame only grew. Releasing 21 total albums throughout his career. He is widely known as one of country's best artists. He has amassed an almost cult following over his career, selling out venue after venue. He has amassed a $330 million net worth.

“I like to follow my favorite team and talk sports with my band or fans. You won't believe how many musicians are sports fans. We have so much time on tour that we need these outlets for relaxation.” –Garth Brooks

“Passion is what convinced armies that had no chance to win – it’s believing that something can happen. Reality is what you make it be. And when you’re the only one who can see the way the future is going to be, you can be the tool that bends, rips, shapes and paints the future the way you want it to be. That’s true passion!” – Garth Brooks

“You know Nashville, there's people that are ten times more talented than me, ten times better singer than me, song writer than me, but for some reason you get the ball and now - and now you run with it. And you do the best you can.” –Garth Brooks

“While I'm playing baseball, I'm still writing songs and having tapes sent to me. I'm sure I'll spend a lot of time in the whirlpool resting these tired bones, so I'll be thinking of music then.” –Garth Brooks

“I'd love to play a villain in a movie, the kind of bad guy you would never think of me being able to play. Like most people, I have a darker side I'd like to explore onscreen.” –Garth Brooks

“I live my life by these little church signs you see as you drive around, and there's one near me that says, 'If we really knew each other, we would neither idolize nor condemn.' And that's it: if we all knew each other, then we wouldn't treat anybody any different. And there wouldn't be any big stars, I guess.” –Garth Brooks

That is the key. Finding happiness in the things you do whether you enjoy it fully or not. Seek the positive in everything. That searching can help create a level of happiness. Know that they work you do is helping someone.

Habit #2 - Do What Feels Right

There isn't a person on this planet that knows what feels right for you better than you do. You should not be ignoring your instincts. You know what it is that you enjoy doing. You know what is right for you and you need to trust that feeling. Garth Brooks has made many big choices in his career by leaning into his gut.

Too many people second guest their gut feeling instead of following those feelings to the best of your ability. You should never second guess what you know to be right. No matter who it may affect. You are responsible for your own happiness.

Garth Brooks' passion is music and the creation of music. It is what gives him wings. He believes the pursuit of your passion is the key to our human existence. We are all passionate about something. Finding, and seeking our that passion is the most important thing we can do as human beings. The passion we have for the things we do is what helps motivate us to make this world a better place through our art whatever that art may be. 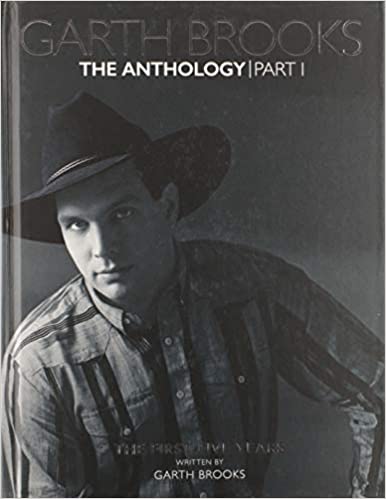 Do What Feels Right