Howard Stern was born on January 12, 1954, in New York. He is an American radio host, actor, television personality and producer. He is known for his radio show. Stern’s net worth is estimated to be around $650 million.

His current XM Radio show is arguably the biggest success in the radio industry. He wrote his autobiography titled 'Private Parts' and in the first month of its publishing over 500,000 copies were sold out. After the book, he acted in several movies including Private Parts and Ryder. He also released some albums. Stern was the judge of America's Got Talent in 2011.

“I have a tremendous compassion for people who are homosexuals. I feel that they are bullied and abused in our society... They just treat them so poorly. It must be a terrible thing to be exposed to that kind of hatred and be hated just because of your sexuality.” -Howard Stern

“I’m sickened by all religions. Religion has divided people. I don’t think there’s any difference between the pope wearing a large hat and parading around with a smoking purse and an African painting his face white and praying to a rock.” -Howard Stern

“I’ve actually apologized to some people I was a real jerk too because I feel ashamed. I didn’t need to be that hungry. There was something going on inside me when I was angry and feeling very threatened and not feeling good about myself.” -Howard Stern

"I'm for legalizing marijuana. Why pick on those drugs? Valium is legal. You just go to a doctor and get it and overdose on it - what's the difference? Prozac, all that stuff, so why not marijuana? Who cares? It's something that grows out of the ground - why not? Go smoke a head of cabbage. I don't care what you smoke."  -Howard Stern

"I'm not a good listener some times. I'm too much of a control freak. I'm learning to be better. I was so caught up in just getting the job done that I would miss out on the human aspect of this. There was a connection missing." -Howard Stern

"Relationships are based on trust until you meet someone new." -Howard Stern

Stern has a level of dedication that is not matched by many people. He is crazy about his content. He aims to entertain adults across the planet, and his style is completely unique because he is a great interviewer but also provocative.  XM radio would not be what it is without his show. He has been dedicated to being great at one thing for decades.

He has been working endlessly to get his show to where it is now. That is something everyone should pay attention to. You need to be dedicated to what you want over the long haul. Anyone can work hard for a year but very few can show up consistently for multiple decades.

Howard has wanted to do radio since the age of five. Stern made his name and established his individuality. He did many other things like acting, and writing but has never even though about leaving radio because that is where his passion is.

Stern's show is his identity; he revolutionized hosting radio shows in a time when many were dying. Doing what excites you or the thing you are passionate about always helps you to be successful. It does not guarantee success but without this you almost guaranteed to fail.

Being a radio host requires you to be a great communicator. Stern is not just good at it but he has a unique and blunt way of asking questions that others would not, especially not in today's politically correct world. Howard discusses all sorts of taboo topics all while making his guest comfortable. Stern’s communication skills are his power. They are a huge reason for his success.

Everyday of your life you should want to work on improving your communication skills. Every time you can improve the way your speech, listening skills, writing, your body language or your reading, you take huge steps closer to success. Communication is everything and no one can succeed massively without these skills. 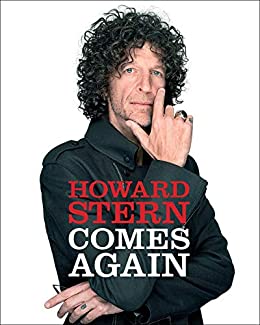