Jessica Alba is a prominent American actress, television personality and business person. Jessica had a complicated childhood because of ailments. Some of the diseases and conditions that she suffered from as a child included asthma, ruptured appendix, tonsillar cyst, and partially collapsed lungs.

Her parents never expected that she would one day become a superstar because she was a sickly child. However, Jessica’s health changed for better and she is now one of the most successful actresses in America.

The series earned her the Golden Globe nomination and more fans throughout the USA. Her latest film that did pretty well is the 2016 ‘Mechanic: Resurrection.’ Other than acting, Jessica is also an accomplished businessperson through her company, The Honest Company.

"You have to be brutally honest with yourself and understand your strengths and weaknesses." - Jessica Alba

"My theory is that if you look confident, you can pull off anything--even if you have no clue what you're doing." - Jessica Alba

"Being perfect is being flawed, accepting it, and never letting it make you feel less than your best." - Jessica Alba

"Having the right partners also means having people you like. They're all people I wouldn't mind getting stuck with at an airport for five hours." -Jessica Alba

“It’s so much better to promote what you love than to bash what you hate.” - Jessica Alba

“Find your passion and do it totally. The more life experience you get, the better you’ll be at whatever you want to do.” - Jessica Alba

“I wish there were two of me and 48-hour days so I could get everything done. But for me, I have to not try and think that everything has to be 100% perfect all the time and leave room for error. As long as my kids feel loved and a priority, everything really is secondary.” - Jessica Alba

Habit #1: Be Honest With Yourself

According to Jessica, you can only know your strengths and weaknesses if you are honest with yourself.  Alba credits her success to the fact that she has been honest with herself all her life. She only accepts acting roles that she knows she can deliver excellent work. Acting is her career and she cannot afford to make careless mistakes.

The pressure to shine can make people venture into things that are beyond their capabilities. Others are reluctant to accept their weaknesses because they fear what people will say. You cannot be successful in life by lying to yourself. More so, it is difficult to get help from other people if you are not open about your own challenges.

Mistakes are part of life and they should not stop you from pursuing your goals. Jessica does not allow the guilt of mistakes to pull her down. She never allows mistakes to make her feel less than her best. On the contrary, she finds to accept her mistakes so that she can continue doing things that make her happy.

Many people fail in life because they spend most of their time contemplating their mistakes instead of their goals. This happens mostly on people who want to please other people instead of themselves. You cannot take advantage of opportunities that come your way if you fear mistakes. The rule of the thump is to accept mistakes and move on.

Habit #3: Be Careful with People’s Opinions

Jessica does not let the views of other people influence her decisions. According to her, people always think that they know better about what is good for her at both personal and career levels. She is aware that some of the opinions she gets from people close to her and fans can be misleading.

It is good to listen to the opinion of people around you but you should not allow them to decide for you. Always remember that no one knows about what you want more than you. Therefore, you are the best person to decide things that you want to do. 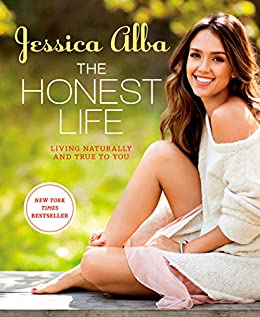 Be Honest With Yourself

Be Careful with People’s Opinions