John Cena is an accomplished professional wrestler. He also is as a TV host, rapper, and actor.  Many people know Cena because of his outstanding performance as a wrestler in the WWE since 2001. He rose to become one of the most popular wrestlers in the WWE within about 10 years.

John is also doing pretty well with acting and TV shows. Some of the films that Cena has starred include Daddy’s Home, Sisters, Trainwreck, The Marine and 12 Rounds. He has a net worth of approximately $55 million.

“The conditioning and the lifestyle changes you have to make to remain a healthy athlete are what molded me into what I am today.” -John Cena

“Your job as a superstar is to manipulate the audience and try to tell your story. I like the dynamic of the audience.” -John Cena

“I'm going to be wrestling for as long as I can. It's something I'm very passionate about and something that I love.” -John Cena

“A lot of times, people are reserved or may be scared of testing what your body is capable of. I'm not.” -John Cena

“Be loyal to those who are loyal to you. And respect everyone, even your enemies and competition.” -John Cena

Habit #1: You Have to Be Flexible

According to Cena, success in life is about being flexible. You should try to fit in as many situations as possible. That way, you can try your luck in as many opportunities as you can.

Cena tried American football, bodybuilding, police work, he worked as a limousine driver, and wrestler in WWE. He has also gave acting a shot.

It's not ideal to be rigid when it comes to choosing a career. The world is full of opportunities and you can explore them if you are flexible. Successful people try to fit in every situation so that they can benefit from the available opportunities.

Habit #2: Be Passionate About Everything You Do

Opportunities come and go and only hardworking people can use them to change their lives. The rule of thumb is to give your best in everything that you do.  Work on your projects as if it is the last chance you have in life and you will go far.

Habit #3: Do Not Fear Test Your Potential

John does not shy away from testing his potential whenever he has an opportunity to do so. He believes that his body is a powerhouse that can give an outstanding performance if pushed harder. The secret has worked in his favor several times, especially in the WWE.

Many people are unable to make big achievements because they fear testing their limits. You cannot know how far you can go if you don't push yourself. Keep trying and pushing until you cannot go any harder. 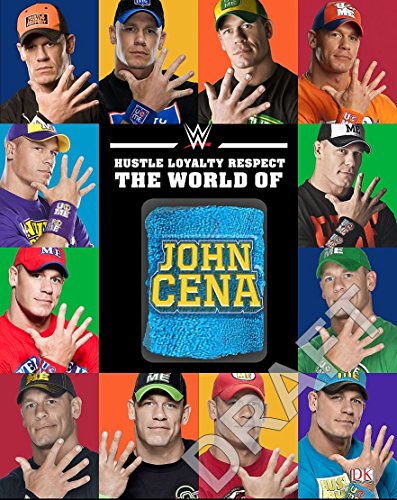 Hustle, Loyalty & Respect: The World of John Cena
$13.79
Learn More Learn More
We earn a commission if you click this link and make a purchase at no additional cost to you.

You have to be flexible

Be passionate about everything you do

Do not fear test your potential