Marshawn Lynch is most known for being the running back for the Seattle Seahawks of the NFL. He was drafted by the Buffalo Bills in the first round of the 2007 NFL Draft after playing college football at the University of California. At Cal, he became the school's second all-time career rusher.

After three seasons with the Bills, Lynch was traded to the Seattle Seahawks mid-way through the 2010 season. With Seattle, he led the league in rushing touchdowns twice, made four Pro Bowls and won Super Bowl XLVIII against the Denver Broncos. He then retired in 2015 only to request reinstatement and a trade to the Oakland Raiders where he played two seasons only to retire again shortly afterward.

In December 2019, Lynch came out of retirement a second time to join the Seattle Seahawks for the last game of the season and playoffs. Lynch earned the nickname "Beast Mode" for his powerful running and ability to run over defenders and break tackles.

I ain't never seen no talking winning nothing. Been like that since I was little. I was raised like that.- Marshawn Lynch

When a defender comes up to tackle me, I want him to feel that ground.-Marshawn Lynch

I'm just here so I don't get fined.- Marshawn Lynch

I like to go home and get involved in my community.- Marshawn Lynch

As a running back, it takes five offensive linemen, a tight end, a full back, and possibly two wide receivers, in order to make my job successful.- Marshawn Lynch

Habit #1: Take Care Of Your Chicken

At the end of the 2019 season, Lynch made a rare media appearance to give a message to his fellow players. He wanted to let others know that this sport is unforgiving and your time playing it is limited. You need to take care of yourself, your bodies, your families and something he called your "chicken" From what everyone gathered as your money.

He has been known for his ability to save his entire NFL salaries and only use the money he received from endorsement deals. He has figured out the best way to take care of his money which is rare for professional athletes as most will claim bankruptcy after their playing career is over. He wanted to make it clear to those young athletes that it is important to take care of the money you are getting so when your playing time is over, you can then move into something else or live in retirement with out any worries.

Getting work in every single day is the key to long term success. Lynch had this mentality when it came to his training. He knew that training sessions are not going to get you better after just one session, but rather when they are stacked on top of one another over time.

This is the key to develop new habits, skills, and other positive things such as financial success. You must be consistent with your effort in order to ensure long term success. There is no showing up a few times. You need to be prepared to give a decade of your life to the mission.

If you are going to do something then do it with everything you have. When you watch Marshawn Lynch run the football there is no doubt that he runs as hard as he possibly can. His nickname "beast mode" came from how he would constantly break tackles on his way to a long gain or even a touchdown. This beast mode consisted on him running with all his effort, getting mad and turning into a beast as he ran the football.

This mentality is not an easy one to obtain but one that is worth trying to obtain nonetheless. When you are trying to get thing done you should be doing it with as much effort and you possibly can. Its similar to the Kobe Bryant mentality. When you begin thinking like this, you do everything at a high level. 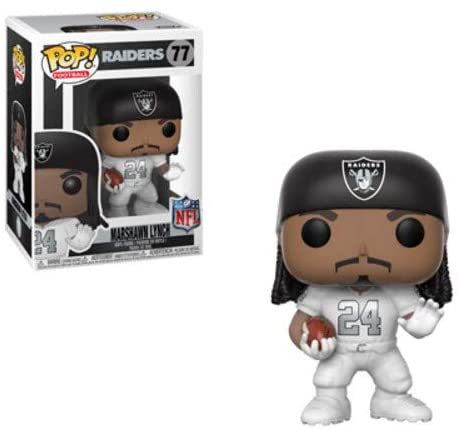 Take Care Of Your Chicken