Without even thinking about it, your life is being run by both positive and negative feedback loops. The better you understand this, the more intentional you can be about building more into your life. People who make feedback loops around a skill see much more success in that area.

When these types of systems don't work correctly, it can lead to massive issues. Think about someone whose blood does not clot in response to a cut. It means that a paper cut could make them bleed to death.

A more common malfunction is when the pancreas and does not produce the correct amounts of insulin. We call this diabetes.

What feedback loops should you have that are not functioning and causing your productivity to be diseased?

What is a Negative Feedback Loop?

A negative feedback loop is a behavior mechanism that is used to moderate bad habits. Some also call these balancing feedback loops.

A positive feedback loop is a behavior mechanism that is used to build good habits. Some also call these reinforcing loops.

It easy to see why you would need both. Its feedback loops can help you build habits so that you no longer need to rely on specific feedback loops at all. They can also help you to graduate to different circles.

Anytime you have a terrible habit and introduce an external reminder to your life, you're using a negative feedback loop. The most famous example of this is an alarm clock. What an alarm clock prevents is the bad habit of sleeping in. When you're alarm goes off, its a trigger to wake up and start your day.

Like having a disease like not being able to stop the reproduction of cells, what happens when your alarm doesn't work or hit the snooze button? The system malfunctions, and you act on the bad habit.

Positive Feedback Loop is when you build systems in your life to build good habits. Using a habit tracker like Habit Stacker is an excellent example of this. It servers as a reminder and provides instant feedback on how you're doing when building new habits.

A negative feedback loop is a behavior mechanism that is used to moderate bad habits. Some also call these balancing feedback loops.

A positive feedback loop is a behavior mechanism that is used to build good habits. Some also call these reinforcing loops. 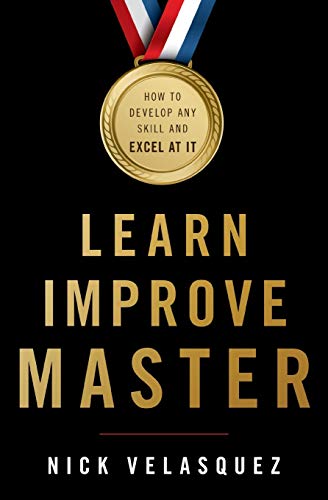 Learn, Improve, Master: How to Develop Any Skill and Excel at It Learn More Learn More
We earn a commission if you click this link and make a purchase at no additional cost to you.

How to Build Your Own Positive + Negative Feedback Loops

Building your feedback loops can be a simple process.

The best way to build new feedback loops is to follow the four-step process above. You can still create feedback loops without getting feedback, and you can without measuring as well. But you can't without taking the time to review your actions and making adjustments to improve.

The first two steps increase your chances that you're making the right adjustment. Measuring gives you confidence that you have accurate data, and feedback helps to remove your own bias.

What Makes a Successful Feedback Loop?

The reason technology has been a game-changer is because it can automate some of these measurements. When you think about activity trackers like the Apple Watch or a Fitbit, they automatically record many measurements like your steps, calories burned, and time spent sleeping.

Many people struggle to keep food journals because it has never been made to be an automatic thing. There is always some upfront work required. If you can find a way to automate the measurement, you will be in a better spot.

Suppose there is no way to get any real feedback from someone. Maybe you live in a place where you're the only person who knows about you're doing. It won't work as well if the feedback you get is too slow.

When I ran track, one of the things that helped me improve was getting feedback after every run I did in practice. It was rare that I would have a rep and not have something that I needed to work on.

If the feedback did not come until days or even an hour later, it would be too late to make the spot changes. Right after the run is when the feeling is the freshest in the memory. The same is true for any skill you want to improve. If you play a song, get feedback right away if you can.

If the feedback did not come until days or even an hour later, it would be too late to make the spot changes.

Don't Push The Feedback Away if You Want to Grow

If you want to have the most useful feedback loop possible, you need to get as much feedback from the right people. The problem you often see is people want to get better, but they want to be left alone. They are too sensitive to anything negative people have to say.

When you see anyone is excellent at something, though, their attitudes are much different. They are willing to shut up and listen to anyone they believe has excellent advice. Legends get so good because they humble themselves and listen when a teacher comes around.

Don't push away feedback because you think you know it all. That is a quick way to make sure that you're never successful. 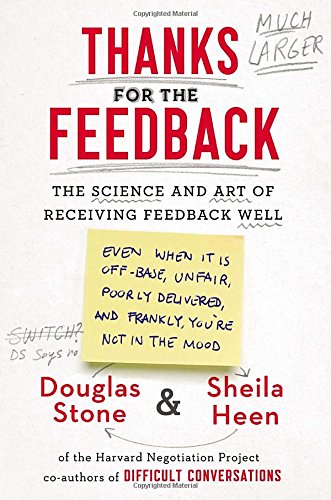 Thanks for the Feedback: The Science and Art of Receiving Feedback Well Learn More Learn More
We earn a commission if you click this link and make a purchase at no additional cost to you.

What is Selective Attention? (& Selective Attention Examples)
5 Sun Tzu Lessons On Winning and Habits
A Writer’s Work: 5 Writing Habits Used By the Best Authors
Continuous Quality Improvement (CQI): How to Use Process to Get Better