Tyson Fury is one of the greatest heavyweight boxers in the world. As The Lineal Champion, he was once on top. Fury still claims this title, and it is relevant because he has yet to be defeated. He is an exceptional athlete who fell right into the lifestyle of a wealthy boxer. Drugs, Alcohol, and shitty food all lead to the downfall of a once champion.

His story is one of a phoenix. He burned to ashes only to come out a better person, and boxer. As of late, he is on the comeback. Winning several boxing matches most notably a controversial draw with the WBC heavyweight champion Deontay Wilder. Again rising up from one of, if not the hardest, straight fights in the history of boxing.

Mental health has got to be the biggest battle I've ever fought with, more than any opponent.- Tyson Fury

I've been as low as anybody can go and as high as anyone can go, and you can always overcome these problems that one may have. - Tyson Fury

I'm a unique fighter - one of a kind. - Tyson Fury

I will become the greatest, because all travelers have to be able to adapt. That quality, adaptability, is essential to that way of life. Not many boxers have it but I can adapt before a fight to the opponent, during the fight if necessary. - Tyson Fury

Habit #1: Work Your Tail Off

If you are clear on your end goal and have the vision of what you want from life, every step leads to it- you make sure of it. Those steps are work, and you need to work to achieve your goals.

Habit #2: Connect With Your Fans

Tyson Fury is fantastic with social media. He makes daily efforts to connect with those who support him- Consistently communicating respect and appreciation of his fan base.

As many boxing contracts are greatly dependent on PPV numbers, Fury understands the brand impact of connecting with his fans- boxing and non-boxing alike.

Additionally, Fury genuinely acknowledges individuals who have stuck by him during his trials and tribulations.

For you, connecting is essential for growth. There is value in meeting and making networks. It is through these connections you will grow as a person, entrepreneur, or business. People helping people is how we, as a society move forward.

As a boxer, you have to understand all of your opponent's strengths and weaknesses. You need to know where they can be exploited. That takes study time- film study, understanding your craft, continually learning new techniques will influence whether you win or lose.

Now you may not be getting ready for a boxing match, but whatever it is you are preparing for, make it a priority to learn how to be better at it continually. 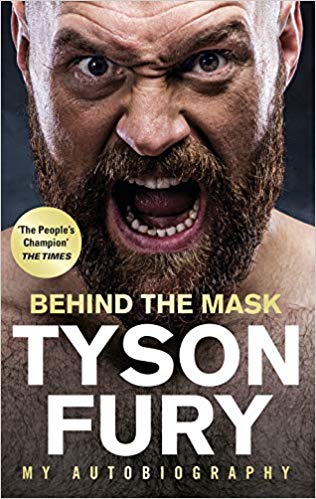