24 Best Universe Quotes That Is Full Of Meaning

“Two things are infinite: the universe and human stupidity; and I'm not sure about the universe.” ― Albert Einstein. Here are 24 Best Universe Quotes That Is Full Of Meaning.

2. “A book, too, can be a star, a living fire to lighten the darkness, leading out into the expanding universe.” ― MADELEINE L'ENGLE

3. “The universe is full of magical things patiently waiting for our wits to grow sharper.” ―  EDEN PHILLPOTTS

4. “I'm sure the universe is full of intelligent life. It's just been too intelligent to come here.” ― ARTHUR C. CLARKE

6. “The more clearly we can focus our attention on the wonders and realities of the universe about us, the less taste we shall have for destruction.” ― RACHEL CARSON

7. “Only two things are infinite, the universe and human stupidity, and I'm not sure about the former.” ― ALBERT EINSTEIN

8. “Believe something and the Universe is on its way to being changed. Because you've changed, by believing. Once you've changed, other things start to follow. Isn't that the way it works?” ― DIANE DUANE

9. “I know that much of the structure and plan of the universe is beyond my understanding and not at all similar to anything of our earthly world that I have experienced so far. I marvel at the intellect and attention to detail, the precision manifested by the workings of this great and often unseen force of which we are all apart.” ― ROSEMARY ALTEA

10. “Nothing happens until something moves.” ― ALBERT EINSTEIN

11. “So long as the universe had a beginning, we could suppose it had a creator. But if the universe is really completely self-contained, having no boundary or edge, it would have neither beginning nor end: it would simply be. What place, then, for a creator?” ― STEPHEN HAWKING

13. “The universe continually sends us sensory messages, which we can never quite decode. ” ― SUSAN HUBBARD

14. “The eternal silence of these infinite spaces terrifies me. ” ― BLAISE PASCAL

15. “The creator of the universe works in mysterious ways. But he uses a base ten counting system and likes big round numbers. ” ― SCOTT ADAMS

16. “Limitless undying love which shines around me like a million suns it calls me on and on across the universe. ” ― JOHN LENNON

17. “Those afraid of the universe as it really is, those who pretend to nonexistent knowledge and envision a Cosmos centered on human beings will prefer the fleeting comforts of superstition. They avoid rather than confront the world. But those with the courage to explore the weave and structure of the Cosmos, even where it differs profoundly from their wishes and prejudices, will penetrate its deepest mysteries.” ― CARL SAGAN

18. “Look inside yourself and you can see the universe. ” ― BRIAN HERBERT & KEVIN J. ANDERSON

19. “The universe is simmering down, like a giant stew left to cook for four billion years. Sooner or later we won't be able to tell the carrots from the onions. ” ― HENRI BERGSON

20. “The universe is like a river. The river keeps on flowing. It doesn't care whether you are happy or sad, good or bad; it just keeps flowing. Some people go down to the river and they cry. Some people go down to the river and they are happy, but the river doesn't care; it just keeps flowing. We can use it and enjoy it, or we can jump in and drown. The river just keeps flowing because it is impersonal, and so it is with the universe. The universe that we live in can support us or destroy us. It's our interpretation and use of the laws that determine our effects or results. ” ―  ROBERT ANTHONY

21. “We are an impossibility in an impossible universe.” ― RAY BRADBURY

22. “When you reach for the stars, you are reaching for the farthest thing out there. When you reach deep into yourself, it is the same thing, but in the opposite direction. If you reach in both directions, you will have spanned the universe. ” ― VERA NAZARIAN

23. “Two possibilities exist: either we are alone in the Universe or we are not. Both are equally terrifying.” ― ARTHUR C. CLARKE

24. “The magic is only in what books say, how they stitched the patches of the universe together into one garment for us.” ― RAY BRADBURY

- Focus On Getting 1% Better and Not On Huge Leaps Forward 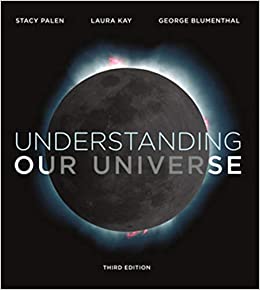 “All the powers in the universe are already ours. It is we who have put our hands before our eyes and cry that it is dark.” – Swami Vivekananda

“Do not feel lonely, the entire universe is inside of you.” – Rumi

“When a person really desires something, all the universe conspires to help that person to realize his dream.” – Paulo Coelho