Jennifer Lopez is an American singer, actress, fashion designer, dancer and producer. She has been in the entertainment industry for more than two decades.

Before her TV debut on “In Living Color, she was a dancer at nightclubs. In 1995, her film Selena provided her big breakthrough. She then signed on for movies like The Wedding Planner, Anaconda, An Unfinished Life and Out of Sight.

Jennifer started her singing career in 1999. Her first album was “on the 6”. She sang in both English and Spanish. Her songs have been on the top of charts multiple times.

Besides acting and singing, she is a known, fashion designer as well. Jennifer started her clothing line in 2003, by the name JLO.

Jennifer Lopez was a judge of American Idol for several years and got paid $12 million per year. Her total net worth is $400 million.

“It’s the messy parts that make us human, so we should embrace them too — pat ourselves on the back for getting through them rather than being angry for having gotten into them in the first place.” -Jennifer Lopez

“Things don’t always turn out exactly the way you want them to be and you feel disappointed. You are not always going to be the winner. That’s when you have to stop and figure out why things happened the way they did and what you can do to change them.” - Jennifer Lopez

“When you have children, you realize you can’t plan anything. There’s no Plan A, no Plan B. Life will happen and you will go with it.” -Jennifer Lopez

“Don’t push your weaknesses, play with your strengths.” - Jennifer Lopez

JLO Net Worth and Key Habits

Jennifer Lopez was homeless when she dropped out of college to pursue her dance dreams. Her parents did not want her to get into entertainment, because at the time no Latina woman were succeeding in the industry. But she knew what she wanted to do and believed in her abilities. She ate a piece of pizza for the whole day when she was homeless and she slept on a dance studio sofa for years.

She trusted her inner voice telling her that she could make it. People often said she had no skills and she was just another good looking body.

She struggled hard early on and proved that she could get it done. No amount of criticism stopped her from believing herself. And now she is one of the most influential celebrities.

She went from being homeless to being one of the richest Latina woman in the world. She faced a real tough time building up her career. Through it all she never threw in the towel even though she had every reason to. She kept on taking risks, and working hard and stayed motivated for her future.

Success will demand every drop of patience and persistence that you have. There are no shortcuts to your destination. Jennifer Lopez is beautiful and talented and no one handed her anything. She had to keep showing up and dealing with rejection after rejection. Now she is worth almost half a billion dollars.

How many other actress have the level of talent that JLO has? She can sing, dance, rap, act, design clothes, run businesses, speak, and do so much more. Her talent is crazy, but don't think for one second that she did not work on her God given abilities.

She is successful because she is diverse and entertaining. You never know what you're going to get from her. She keeps her fans on her toes because sure she is always working on all of her skill sets.

You may have a talent or an area that you think you are destined to be successful with. Don't forget to show up and work on that craft every single day because talent is not enough.

Talent may get you noticed but it will not get you paid in the long run. You have to evolve and show people that you can keep getting better and producing results. 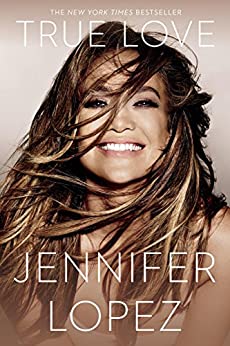