Allen Iverson built up a net worth of more than $150 Million at one point as an NBA superstar. He squandered that money with poor financial choices. After 14 seasons in the NBA as a point guard and shooting guard he has become a hall of famer that is considered to be one of the best pound for pound players of all time. He also earned an NBA MVP in 2001 but was never able to win it all.

Iverson grew up in Hampton, Virginia and was considered to be one of the best basketball players and football players that the state had ever seen. He ended up getting in trouble in high school and locked up and his dream almost never came alive but he bounced back and earned a scholarship to Georgetown. His two years in the NCAA saw him earn Big East defensive player of the year twice.

Iverson became the top pick in the 1996 draft which is arguably one of the best drafts ever as it included Kobe Bryant, Ray Allen, Steve Nash, Stephon Marbury and many other high level players. He was drafted to the Sixers and immediately became an icon. He was known for his durags, tattoos and really for mixing hip hop culture and the NBA.

“I’m not perfect. But I am trying every day to concentrate on being better.” – Allen Iverson

“You have to go through good times and bad times to get where you’re trying to go.” – Allen Iverson

“When I was young, everyone laughed at me when I said that I wanted to be a professional basketball player…now it’s my turn to laugh.” – Allen Iverson

“I’d rather have more heart than talent any day.” – Allen Iverson

“When you are not practicing, someone else is getting better.” – Allen Iverson

Allen Iverson's down fall was similar to his fellow Virginia native Mike Vick, in that they could not get away from their friends from the hood. Iverson was a talented basketball player but he often had the wrong people around him. He spent his time in the club instead of  being in the gym. He was more concerned about spending his money than he ever was about saving it. His net worth and entire career may have turned out different had he put better people in his ear.

You are who you hang around. You don't always want to be the one pulling everyone else up because chances are they will be pulling you down. Relationships need to be give and take situations meaning that both sides can provide value to each other. If one person is just the bank account for everyone else's nonsense then things need to change.

Allen Iverson was one of the toughest players to ever touch a basketball. There are not many people that played more NBA minutes than Iverson. There are none who have been able to score, play defense and produce like Iverson being only 6'0" feet tall. He was willing to drive to the whole and get bodied by centers like Shaquille O'Neal on his way to the basket.

There is something to be said for being tough. People want to be around people who are tough because they just find a way to get the work done. They don't cry about needing help or because things are unfair. Tough people show up and get the work done.

Iverson should have never been in the NBA. He came from extreme poverty and was raised by a young single mother. He was blessed to have coaches and other families come along side him and try and help foster his talent. When he got in trouble and spent time in prison unjustly, he could have turned a dark corner in that moment but he kept his eyes set on the NBA.

Once he made it to the NBA he had to overcome a lot of size doubts. He was very small for an NBA player and many did not think that he could last in the NBA. People were not sure he had the durability to last a full 82 game season without injury. He overcame all of the odds to bring Philly to the NBA championship without having any help on his team. 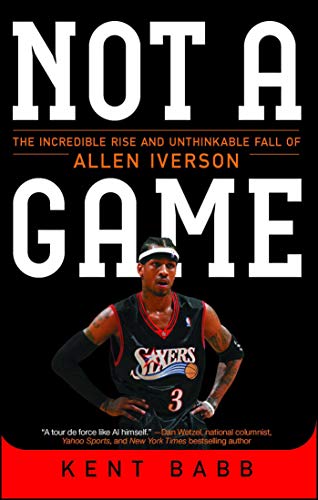 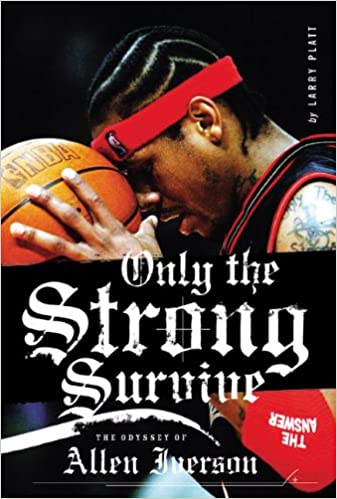