Clinton Eastwood is of the best actors in America. He is also a political figure, musician, and film producer. Eastwood made his first appearance in the film industry in 1955 when he featured in the films ‘Revenge of the Creature’ and ‘Tarantula’ by Universal Studios.

Since then, Eastwood has not looked back and he has been featured in several successful films. ‘Million Dollar Baby’ of 2004 is one of his best works where he won several accolades, including an Academy Award.

Clint has worked with some of the best producers, actors, and directors in the world. He is currently one of the oldest actors in America. Some of his popular films include The Mule, Gran Torino, Dirty Harry, Letters from Iwo Jima and Flags of the Fathers.

“You should never give up your inner self.”

“Self-respect leads to self-discipline. When you have both firmly under your belt, that’s real power.”

“If I was not a dreamer, I would have achieved nothing.”

“You have to feel confident. If you don’t, then you’re going to be hesitant and defensive, and there’ll be a lot of things working against you.”

“What you put into life is what you get out of it.”

“God gave you a brain. Do the best you can with it. And you don’t have to be Einstein, but Einstein was mentally tough. He believed what he believed. And he worked out things. And he argued with people who disagreed with him. But I’m sure he didn’t call everybody jerks.”

“If a person doesn’t change, there’s something really wrong with him.”

Habit #1: Have Dreams and Ambitions

Clint Eastwood is on record for saying, “If I was not a dreamer, I would have achieved nothing.” He had big dreams and that is why he started working at the age of 13.

Eastwood is happy about his achievements but he still works hard to leave a memorable mark in the acting industry. Dreams and ambitions give individuals a reason to work hard.

Successful people have dreams about things that they want to accomplish now and in the future. Remember that in life all dreams are valid as long as you are ready to use the available opportunities and work hard. Big dreams require more hard work and sacrifices than small dreams.

Habit #2: Be Confident in Everything you Do

Confidence is one of the things that Eastwood believes has contributed to his success. He believes in himself even when doing something that seems to be beyond his capabilities.

According to Clint, you are likely to be defensive and hesitant in life if you do not believe in yourself. Consequently, it becomes hard to take advantage of the available opportunities.

New things are part of life, not knowing things is okay. However, it is good to be confident in everything that you do if want to get good results. Believe in yourself and you will eventually make it. Many people fail in life because they are not confident enough to try new things.

You cannot excel in life if you are not ready to embrace change. According to Eastwood, so many things have changed since he was a small boy in the 1930's. However, he has remained relevant in the acting industry because he is flexible to change.

Clint says, “If a person doesn’t change, there’s something really wrong with him.” You cannot be successful by doing things, in the same way, all your life. It is ignorant to assume that your style of doing things is the best. Be flexible to embrace change and be part of the change if want to excel in life. 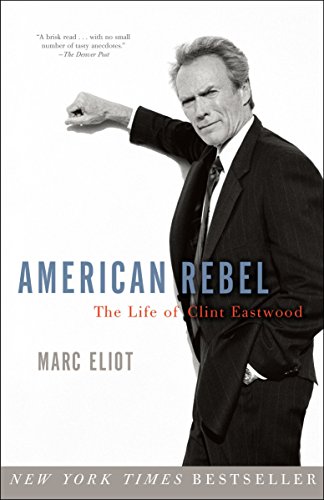 American Rebel: The Life of Clint Eastwood Learn More Learn More
We earn a commission if you click this link and make a purchase at no additional cost to you.

Have Dreams and Ambitions

Be Confident in Everything you Do