David Ortiz was born on November 18th, 1975, in Santo Domingo, Dominican Republic. He is a professional baseball player. David has a net worth estimated to be around $55 million.

David Ortiz is best known for playing for the Boston Red Sox. He is a seven-time All-Star player who also holds the single-season home run record for the Red Sox in a regular season with 54. In 2005, the Red Sox owners honored Ortiz with a plaque calling him "Boston Red Sox's greatest clutch-hitter in history."

David Ortiz earned a little less than $160 million in salary during his time in baseball. His highest salary was the $16 million that he earned in his two final seasons, 2015 and 2016. He has also earned hundreds of millions from collaborations with brands such as New Balance, JetBlue, Buffalo Wild Wing, Dunkin Donuts, Marucci, and MasterCard.

“I showed people that it's not about guessing what people can do. It's about saying, 'Here, show me what you can do.” –David Ortiz

“I just love the feeling from the fans and when I'm walking on deck I can hear people screaming and wishing you the best. That puts you into the game more than anything.” –David Ortiz

“A lot of people write books not at the end of their career. Why you gotta wait until then? When you're momentum's going, that's when people really want to get to know about you.” –David Ortiz

“You don't get better as you get older in your career. It's not natural to have your best years late in your career. So I'm trying to do whatever I can to keep my body feeling good for as long as I can.” –David Ortiz

“Sometimes you just don't feel the same every day, it doesn't matter what you do, but when you have people looking forward to seeing you perform for them, that puts you in the mood, and that's natural in Boston. That's why it's such a special place to play.” –David Ortiz

“My whole career, my swing has always been the most important thing to me. Even when I'm taking a shower, I work on my swing.” –David Ortiz

David Ortiz is a humanitarian. He takes the time to appreciate fans and those that love him. He and his wife have set up a charity in order to help those in the Dominican Republic as well as the USA . He is a big believer in giving back. He see himself as being fortunate to have the wealth he does as a top-level MLB player.

He knows there are plenty of young men and women who have a level of skill that is not being recognized by people in the right places. He gives back because he feels like it is the right thing to do. Kindness is the greatest thing we can give as human beings.

Learning is not something that happens overnight. In fact, it isn't something that ever ends. There are so many things we can learn in our lifetime. You need to be patient with the things you learn. Take the time to learn. That allows things to sink in deeply. David Ortiz took the time to deeply understand and improve his swing.

You will never be finished learning so you may as well allow yourself to experiment, play, and figure things out over a long period of time. That is how we truly find understanding in the things we want to learn.

As an athlete, Ortiz is expected to put the work in every single day. You need to be willing to grind daily to maintain and improve your skills. There is always a younger athlete looking to take your place. You have to be vigilant in your attempts to get better.

Take the time to learn new skills, improve current skills, and grind to be better. These are things you have to do if you want to improve in anything you do. This is a habit everyone should adopt, not just athletes. 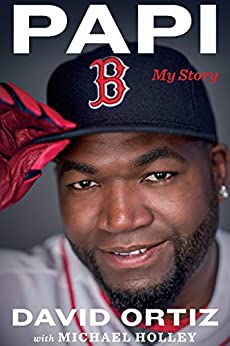