Alex Rodriguez (A-Rod) is the highest-paid baseball player in MLB history. Rodriguez's Net Worth exploded in 2000 when he became a free agent and signed a ten-year contract for 251 Million Dollars with the Texas Rangers.

His new lady, Jennifer Lopez, hosts a net worth of $400 Million-to say they are a power couple is an understatement. In our estimation,  A-Rod's net worth will only continue to rise.

A-Rod learned that being the highest-paid baseball player in history did not equate to being the most liked. Though he was a 14-time all-star, he did not always show up in the big games. Some say this is why he only has one World Series Ring.

Many people considered him to be high-maintenance, and some went as far as to say that he was not worth his contract. All opinions aside, he is one of the most decorated athletes in the world.

"I'm having a hard time finding a date. I don't trust any women I meet. I'm very skeptical." - A-Rod

"I'm not a real vocal guy, but sometimes you need to kick someone in the ass." - A-Rod

"I'm not impulsive at all — except about buying clothes. That's my biggest weakness." - A-Rod

"I need to make more contact. I struck out more than one-hundred times. I can cut down on my errors and I'd like to steal thirty or forty bags. I made a lot of dumb base running mistakes this year." - A-Rod

“What I learned from Cal, is to respect the game, respect the fans. Nothing fancy out there. Just do your job.” -Alex Rodriguez

​“When you take this gorilla and this monkey off your back, you realize that honesty is the only way.” -Alex Rodriguez

“We have a responsibility not just as athletes, but as members of society to treat people well.” -Alex Rodriguez

continue reading for more on the A Rod Net Worth and Key Habits...

Rodriguez ​recorded the 5th most strikeouts in the history of baseball. That is a lot of failing. ​But because of his willingness to swing, he connected more times than he missed, ​totaling​ 696 home runs ​in his career. ​​​

​A-Rod stands by the adage, "Go Big or Go Home." He believes that you don't know how far you can go until ​you have pushed yourself towards failure consistently. A-rod encourages those he has the privilege to work with to challenge ​their limits. Often we ​are our own haters, discounting our capacity to be excellent. ​

​​According to Rodgriguez, he has a ​ Ph.D. in failing ​and a Master's​ in getting back up. ​Having moved through so much drama in his career, he rightfully earned these accolades.  A-Rod's contract resulted in many haters. Some even nicknamed him "​A-Fraud." ​While ​he did struggle to win titles and ​received a suspension for taking ​performance-enhancing drugs, the name A-fraud didn't seem to fit.
​
Rodriguez had enough money that he could have just rode off into the sunset. Instead, ​he chose to hang in there and ​took his punishment. It made him stronger. It was through this trial that A-rod understood that life is about getting back up and that he could choose to respond in a way that would help him move forward. ​

​You have to live in the now. You have to be willing to forget about what happened, be in the moment and consciously chose to do something that will help you forge​ a new future.​ The only thing that matters is the next move. That's the mindset of a winner.

If you want to be great, you must develop this habit. Unsuccessful people lose control because they focus on things they can't influence. ​They focus on the government, the press, the weather, and other people. Winners focus on themselves and what is currently in front of them because its all they can control. 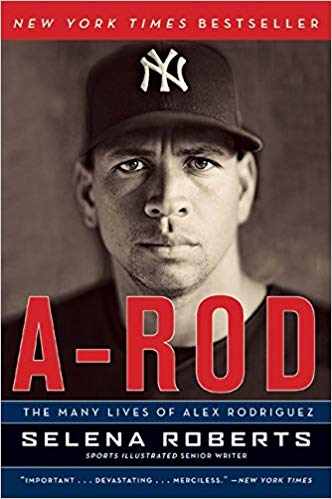 Keep Your Eye on The Ball