Dr. Dre has one of the most iconic careers in the entertainment industry, and it has made him a very wealthy man. He started as a part of the World Class Wreckin Cru but quickly made his way to gangsta rap.

He was one of the members of the world-famous Rap Group named NWA. The group that consistent Easy-E, Ice Cube, Dr. Dre and a few others changed the entire hip hop scene in LA with their music. Dr. Dre is credited with being the creator of West Coast G-Funk music.

Dr. Dre eventually left Death Row Records to start his own label named Aftermath. The label went on to sign some huge artists like Dr. Dre, Eminem, and so many other big-time artists that he is responsible for.

Dr. Dre also founded Beats with the premise of creating headphones with Brand Recognition, and that actually could play all the sounds that producers worked so hard to create.

2. “Clear communication. Respect. A lot of laughter. And a lot of org***s. That’s what makes a marriage work.” – Dr. Dre

4. “Hear what the artists hear, and listen to the music the way they should, the way I do.” – Dr. Dre

5. “I’ve gone seventy-nine hours without sleep, creating. When that flow is going, it’s almost like a high. You don’t want it to stop. You don’t want to go to sleep for fear of missing something.” – Dr. Dre

Dr.Dre Net Worth and Key Habits

Dr. Dre was playing chess while most rappers were playing checkers. He always moved ahead of everyone else. When he was with NWA, he left to go to Death Row, which was the hot label at the time. He dropped one of the best albums of all time, but all along, he was using that to start his own thing. Then his success on his own fueled starting one of the best headphone brands ever created. He was always ahead of the game.

Don't get caught up in what you want today. Focus on what you want in the future, and you will make better choices. Not a lot changes in a year, but a lot can change in a decade if you don't give up, and you stay focused on what matters the most to you.

Dr. Dre's net worth is almost a billion dollars because he was a perfectionist. He was always working on his craft, and he spent very few days not in the studio trying to get better. The studio was his safe haven, and he spent as much time there as possible. He has cancelled entire albums with 20-40 songs ready because he felt they did not meet his standards.

Have you made it a habit to work on your craft? Do you give your all to keep improving and getting better? Dr. Dre is living proof of the results you can get when you keep showing up day in and day out. No craft is perfected without putting in your reps and sets.

Dr. Dre is known for talking about how much he loves rapping. He never did it for the money. The money was just the result of the work he had been putting in. He was able to spend days in the studio without eating because he loved what he did that much. It did not work for him to have to put in those levels of time and effort into his music. 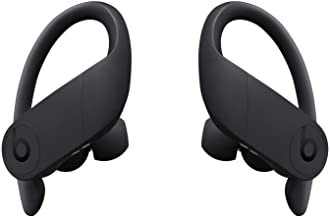 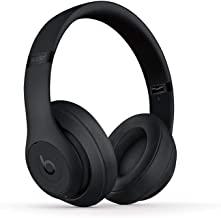 Summary of The Dr.Dre Net Worth and Key Habits

Love What You Do