Willie Maxwell II also known as Fetty Wap was born in June of 1991, in New Jersey. He was born with glaucoma in both eyes, and his left eye could not be saved. His net worth is estimated to be around $8 million.

Fetty Wap started making music in 2013 and released his first single 'Trap Queen' in 2014. The single ranked at no. 2 on the Billboard hot 100 and also became a platinum record. He got the attention of producers and rappers from this song. He released the song on SoundCloud and it was played 130 million times there. His success helped him to land a record deal.

For releasing his single he adopted nickname Fetty, which is a slang used for making money. In 2015, Fetty released the second song ‘679’ and this song ranked 4th on the Billboard hot 100. After that, he released the song 'My Way' which later was remixed by Drake.  He officially had become one of the biggest new rappers in the game.

“I'm just really waiting for the music to get cooked the right way, and once it's cooked, I'm going to serve that meal that everybody's been waiting for.” –Fetty Wap

“You start to stress yourself out about the people around you. You start to think, like, “What do you really want from me?” And then you forget that you, at some point, asked them for something. At some point, you needed them to take you in because you ain’t had nowhere to go. And now you turn around and question their loyalty to you, and those were the only people loyal to you. The only people that really loved you are still there, and you tanked on them. I’ll never let that happen.” – Fetty Wap

“I don’t care about being Fetty Wap. Like, this doesn’t mean anything to me. My plan was to make sure that my son would be good, and I have a daughter now, so now she’s included into the equation, and the work I do as Fetty Wap made me care.” – Fetty Wap

“Because you never know when it’s going to stop. Wake up tomorrow and it could all be gone bro. All the cars, all the motorcycles, everything. All the memories. We could go into a state of emergency, you know, and the world goes to war. The money won’t count for nothing.” – Fetty Wap

Do not listen to others when they try to scare you off going forward. People will always let you down, question your preferences, life choices, passion and work. But do not pay heed to their comments. Keep going! When you keep working on your craft, its only a matter of time before people take notice.

You have to fight for what you want. If this was not true, everyone would be rich and living the life of their dreams. The reason some people make it and most people don't is because most people seek comfort. They want to live a life that is easy and avoid anything that force them to grow. Successful go head first into challenges seeking growth.

Never compromise your dreams and ambitions for anything. Follow your passion with all the energy you have. Let that ambition bleed from work into everything you do. To live a good life you should want to be ambitious about your health, wealth, love and your happiness.

Fetty Wap always had a vision for where he wanted to be and what he wanted to do in music. Most people did not believe him, but he stayed focused on what mattered most to him. When his song blew up on SoundCloud, he did not stop or settle. His ambition picked up and he worked to create another banger.

Be loyal to your family but also stay loyal to your work. Fetty states that loyalty is something that he holds dearly to his heart. Loyalty is knowing that you're not going to just change on your people for no reason and that they will be consistent for you too.

Loyalty is not a habit that is talked about a lot but it is very important. Without loyalty its hard to find peace within and peace with others. You never know who will give up on you or when you may give up on yourself or your own dreams. 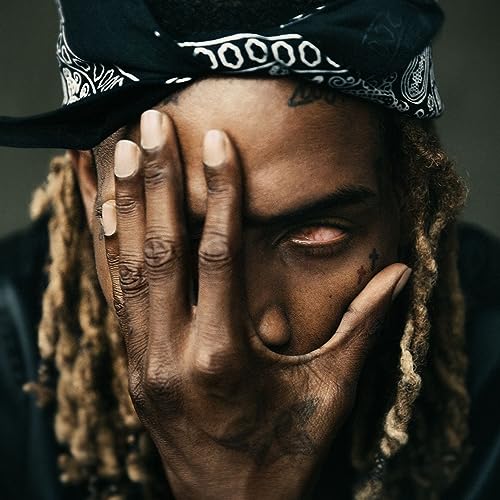 Fetty Wap (Deluxe) [Clean]
Unlimited
Learn More Learn More
We earn a commission if you click this link and make a purchase at no additional cost to you.