Jackie Chan built his net worth as a martial artist, actor, stuntman, director, producer and even a singer. He is known for his fighting movies, his comical timing and improvised fighting to use anything around him as a weapon. He gained a lot of credit in the industry for doing his own stunts. He is an expert in Kung Fu and Hapikid and has been in over 150 movies since the 60's.

He is one of the most famous actors in the entire world as he has fame in both the eastern and western worlds. He is a superstar in Hollywood and Hong Kong. Many people don’t know that he is a trained vocalist and has released a few albums.

Jackie had been making fighting movies in his homeland for years before he ever got mainstream USA appeal. It was the movie Rumble in The Bronx that first brought him American fame. Then the Rush Hour movies with Chris Tucker sealed the deal for him. The film made him an American star as it grossed $130 Million in the USA.

I Am Jackie Chan: My Life in Action Learn More Learn More
We earn a commission if you click this link and make a purchase at no additional cost to you.

“Don’t try to be like Jackie. There is only one Jackie. Study computers instead.” – Jackie Chan

“The best fights are the ones we avoid.” – Jackie Chan

“Cinema reflects culture and there is no harm in adapting technology, but not at the cost of losing your originality.” – Jackie Chan

“Now I am older, I understand we have to accept who we are.” – Jackie Chan

Jackie Chan has been able to build his net worth because he can speak Cantonese, Mandarin, English, American Sign Language and he knows some German, Korean, Japanese, Spanish and Thai. He is an international star because he has made himself diverse. He can speak some of the most popular languages in the world.

There are many martial arts experts around the world but not many that can perform like him and speak this many languages. Because Jackie learns about other cultures he is better able to relate to the people and that has helped to increase his popularity.

Don’t underestimate the power of learning about others. It opens your perspective. Too many people spend their whole lives in a bubble only talking with people who are just like them. The problem with this is that you don’t ever learn or expand your world view.

It makes it harder for you to build a wide audience of fans. When you choose to be more diverse it opens you up to new experiences, cultures, countries languages and ways of life.

Habit #2: Do Your Own Dirty Work

Jackie Chan has one of the most unique habits in Hollywood and that is the fact that he did his own stunts for all his movies for many years. Most actors get paid the big bucks but they bring someone else into the hardest parts of acting.

Jackie vowed to do his own stunts and this has won him the respect of many people for years. In Rush Hour people love watching the bloopers because you really see Jackie doing crazy stunts and failing. It humbles you to see an actor with his net worth willing to put his body on the line. It also shows how humble he is for opportunities and how much he respects his craft.

Be the type of leader that is going to do the little things that people would assume you are too big to do. You are never too big to have to clean up after others or to serve another human. Life is about being in the service of others and to do that you have to do the dirty work. Jackie did his own stunts, Jesus was willing to wash feet and you need to humble your self and roll up your sleeves daily as well.

Jackie Chan is not the most skilled fighter and he is not the funniest man on the planet. What Jackie Chan is though is the best funny-fighter you can get. By mixing his ability to make Americans laugh with his fighting skills Jackie was able to carve out a niche. People love seeing people with martial arts skills but his comedic interest was able to keep the movie's light so that kids could go and see them.

Jackie is a great reminder that we don’t have to be the best at one thing, but we can be good at a lot of different things and combine those skills to make a unique combination of skills that is hard for others to match. By mixing your best skills you become known within a certain niche and you can use that to garner more success. 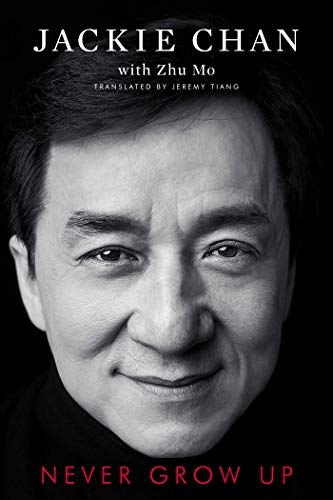 Never Grow Up Learn More Learn More
We earn a commission if you click this link and make a purchase at no additional cost to you.

Do Your Own Dirty Work