Joe Budden is an American rapper, singer, songwriter, and broadcaster. He's also a member of a hip-hop group called "Slaughterhouse."

Joe was born Joseph Anthony Budden II on August 31, 1980, in Harlem, New York, United States. He grew up in Jersey City in New Jersey, where he started abusing drugs. However, he went to a rehabilitation center in 1997 after his mother encouraged him to stop using drugs.

Some of the hit singles by Joe include "Gangsta Party," "Pump It Up," "In My Sleep," and "Fire," among others. He has also appeared in several documentaries and TV shows. Budden has several accolades and nominations under his name. They include a nomination in the Grammy Awards (2004) and Vive Next Award (2003).

Budden has a net worth of approximately $6 million as of 2021.

“I think that’s why most people listen to me - it is relatable. Who doesn’t have a drama-filled story with an ex? We all do.”

“Yeah, well I've had a record deal for a long time so I'm kinda used to the cameras and the people, I'm used to dealing with peoples’ opinions.”

“Before I judge someone, I need to talk to them and learn what their journeys are.”

Successful people never shy away from asking for something they don't know. According to Budden, he doesn't fear asking for guidance when necessary. He has learned many things from other rappers because he wanted to be a better rapper. Even today, Joe doesn't have a problem asking for help if he doesn't know something.

There is nothing wrong with asking for help. Some people keep repeating the same mistakes in their careers because they pretend that they know everything. Don't worry about what people will say if you ask for help because it is better than making mistakes out of ignorance.

There is nothing wrong with asking for help. Some people keep repeating the same mistakes in their careers because they pretend that they know everything.

Habit #2: Give Your Clients Product They Can Relate With

Budden is on record for saying that he gives his audience music that they can relate to. That's why he has a huge fan base, even though some of his songs are controversial. He studies issues revolving around the lives of his audience before releasing songs.

You can't grow your business or career if your targeted customers can't relate to your products. For instance, those who want to make music should pick a theme related to the targeted audience. It doesn't matter whether your products are the best or not; people will accept them if they can relate.

You can't grow your business or career if your targeted customers can't relate to your products.

You can't achieve big things in life if you aren't ready to work hard and keep pushing. Budden understands that nothing comes free in life. That's why he works very hard to release as many albums as possible before retiring from music.

Successful people aren't lazy. They are hard workers who don't give up until they accomplish their goals. You need to go the extra mile if you want to achieve big things in life. It's wise to work hard while you can, before you no longer have the energy levels to do so. 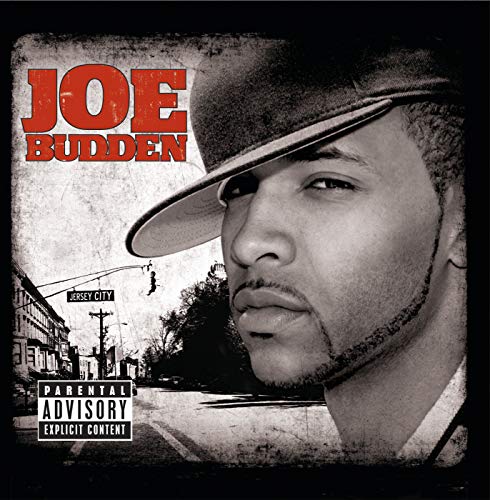 Joe Budden
Unlimited
Learn More Learn More
We earn a commission if you click this link and make a purchase at no additional cost to you.

- How to Stop Being Shy: 14 Realistic Ways to Beat Shyness

Don't Be Shy To Ask What You Don't Know

Give Your Clients Product They Can Relate With