Bill Gates is one of the world's richest entrepreneurs in the world. He founded Microsoft with Paul Allen and it became the world's largest software company. His innovative software “Windows” is used worldwide. Alongside his technological skills he is a great businessman.

Gates's business strategies and aggressive approaches made him the richest man in 2004. His net worth is $110 Billion. For some, having money brings on lavish habits but he has kept his life very simple.

He enrolled for a law degree on his parent's wish at Harvard. But later dropout and started his software business along with his partner. In 1975, Bill Gates and Allen designed Micro-Soft. In 1980, IBM CEO met Bill Gates through his mother. Bill Gates made a promising deal with them to provide the operating systems to be run on IBM computers. This was a major breakthrough for the company.

In 1981, they formed Microsoft and around 30% of computers in the world ran their programs. Bill Gates was always worried about the competition. He would keep tabs on their moves and was accused of unfair practices to keep his products at the top of the market. He stepped down from the role of CEO in 2000 to spend his time focusing on his charity. 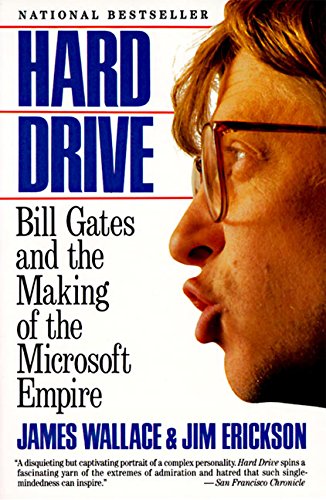 Hard Drive: Bill Gates and the Making of the Microsoft Empire Learn More Learn More
We earn a commission if you click this link and make a purchase at no additional cost to you.

“Don’t compare yourself with anyone in this world…if you do so, you are insulting yourself.”- Bill Gates

“Success is a lousy teacher. It seduces smart people into thinking they can’t lose”. – Bill Gates

“We make the future sustainable when we invest in the poor, not when we insist on their suffering”. – Bill Gates

“As we look ahead into the next century, leaders will be those who empower others”. – Bill Gates

“We have to find a way to make the aspects of capitalism that serve wealthier people serve poorer people as well”. – Bill Gates

Bill Gates is known as someone who reads a lot. He used to recommend his favorite books of the year in his personal blog. As a student, he would take classes he was not even enrolled in just to learn. He considers the learning process to be a lifelong one.

For him, learning is what makes him better and innovative. His reading habit makes him more vigilant about his competitors because he always knows what they are up to.

Don't underestimate the power of reading. Not only does it help you to learn but it helps you to think and write at a higher level. Being great in business is really about your thinking. Find a way to entertain yourself less and use learning as your new form of entertainment.

Gates is very smart with his money. He is a billionaire with a simple personality. He does not like spending on clothes and other lavish stuff and when he does its a small percentage of his wealth.

He believed in keeping money aside for payroll of the year so that if things got rough he could still pay employees. Bill Gates and his wife run a charity and have found ways to put his money and the money of other billionaires to good use.

Building wealth does not have to be for buying cars and houses. You can use your money to do a lot of good things but before you can do that you have to be frugal. People like Bill Gates find ways to avoid spending their money when they are rich but it stems from habits built before they had all of their money. Being frugal means you always have money for rainy days.

Gates believes in giving credit when its due. He considers the teams he build at Microsoft to be some of the smartest and toughest in the world. He only wanted to work with people who overcome their shortcomings by learning lessons from their mistakes.

Bill gates mentioned his friend Paul Allen's contributions to the company and also praised the names of his hard-working employees. He believes that a leader is one who empowers others. Success is not just about earning money and being an intellect. He  constantly advises leaders to empower others and give credit where it is due.

No matter how smart you are, you need to realize that you need other people. If you want those people to stick with you, empower them to do their best work.

If you try and hoard all of the control and power, things begin to break down. When you realize how much you need other people and you see them do good things, praise should be the natural response. 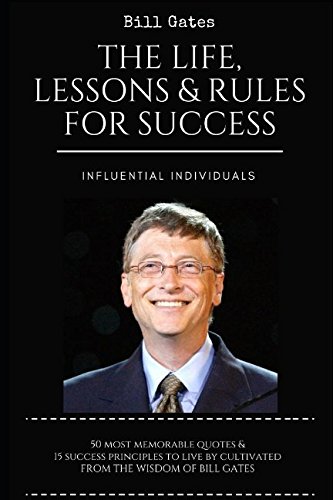 Bill Gates: The Life, Lessons & Rules For Success Learn More Learn More
We earn a commission if you click this link and make a purchase at no additional cost to you.

Be Smart With Your Money

Give Credits Where It Is Due