Billie Eilish Pirate Baird O’Connell was born in December 2001. She is an American songwriter, model and popular singer from Los Angeles.

She released her first song Ocean Eyes on SoundCloud and it went viral on the internet. She belongs to a family full of actors and musicians. She never went to normal school because her parents home-schooled her. She was only eight years old when she started singing.

Billie recorded Ocean Eyes in 2015 for her dance class initially and it was uploaded on SoundCloud in 2016. The song got 10 million hits and Billie got her breakthrough in music.

She had a tonne of record companies who wanted rights to the song and to sign her to their label. It was clear that she was going to be a massive commercial success. She won four Grammy Awards in 2020 for the best new artist, record of the year, and album of the Year and Song of the year.

Her net worth is estimated to be about $6 million.

“I go through a lot of depression, and I know other people do, too, but I have an outlet that so many people don't. If you have that inside of you and can't get it out, what do you do?” –Billie Eilish

“Words are more powerful than some noises. Noises won't last long. Lyrics are so important, and people don't realize that.” – Billie Eilish

“I had a period in my life where I decided that I would never be bored again and that, if I had any free time at all, I would make plans, and I would always be doing things. It actually was great for a year or so, but then I lost all of my friends.” –Billie Eilish

“I'm a really artistic person, and so, with the live stuff, there's a lot that I think is really cool. Beyonce and Rihanna have all these dancers. So with the live costumes and video costumes, I'd really like to have my vision. The way that I want people to dress is very specific. I love fashion.” – Billie Eilish

“In the public eye, girls and women with strong perspectives are hated. If you're a girl with an opinion, people just hate you. There are still people who are afraid of successful women, and that's so lame.” –Billie Eilish

“I really wanted to be a model when I was little. I loved photography, and I loved being on camera. But I was short and chubby, so I couldn’t. Anyway, being an artist is way more interesting than just being a model because it’s about you and what you want to be. You’re not being treated like a clothes hanger.” – Billie Eilish

Billie Eilish was diagnosed with Tourette syndrome and she suffered from depression for a long time because of it. She had a hip issue that stopped her from dancing and brought her more negativity and self-esteem issues.

Even the idea of being famous comes with negatives and that make her feel gloomy most days. She makes her mental health a priority! She has decided to change her perspective towards many things, and now embraces the support from fans and family.

You have to take care of your mental health because no amount of money or success will do that for you. Money makes you more of what you already are. If you are depressed without money, you will find a way to be depressed with it.

Don't depend on money or success to complete you. Deal with the negative issues in your life as quickly as possible for the sake of your mental health.

Billie Eilish started singing when she was eight and did not get her breakthrough for almost ten years. Since she is young and because she went viral on the internet, it's easy to assume that the path was easy for her.

She was suffering from depression and still producing music and working on what she loves. That is not easy! Her message to her fans is to never give up no matter how hard it gets. Her music connects with so many people because it comes from a dark place where a lot of people currently are.

Habit #3 - Find Work You're Passionate About

Billie saw her family in the music business, and she developed the love for music after watching her brother, mother and father. She said in an interview that she has been creating music, writing songs and performing for herself since she was a child. She loves music and following her dreams. Her hard work speaks for itself with her success.

You can learn from your own mistakes that cost time and can be painful, or you can learn the faster way. The best way to learn is from the mistakes of others because you don't waste your time or have to feel the pain but you get the same benefits. 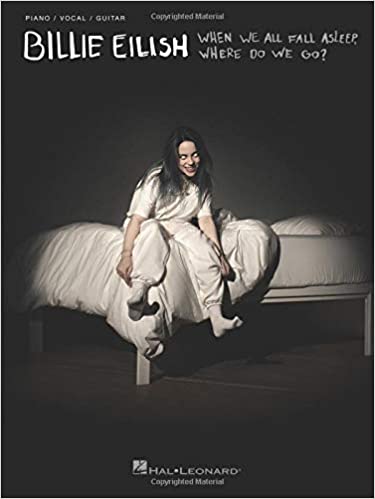 Find Work You're Passionate About