Charles Barkley created his net worth from his hall of fame NBA career and being an NBA analyst on TNT. Charles Barkley was undersized but still became one of the most dominant power forwards to ever play of the game. He was a five-time All-NBA player and he made the second team five times as well.  He was league MVP once and was on the 1992 and 1996 Olympic teams for the USA.

Since retiring Barkley has done very well in his post NBA career. He teams up with Shaq, Kenny Smith and company for one of the most entertaining Analyst teams you can get on TV today. They are all great friends and spend most of the show making fun of each other. 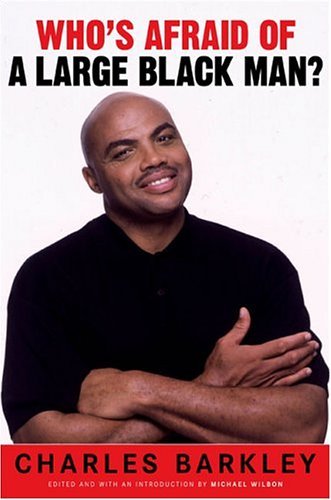 Who's Afraid of a Large Black Man? by Charles Barkley (2005-03-31) Learn More Learn More
We earn a commission if you click this link and make a purchase at no additional cost to you.

1. When the Dream Team was about to play the Angola national team, during pre-game interviews the other USA players provided diplomatic, face saving comments about how they would play hard and felt strongly they would win. When Chuck was asked about Angola and the game, he replied: "They're in a lot of trouble."- Charles Barkley

2. Charles Barkley on his thoughts about retiring before the season: "I remember sitting down with the Rockets and saying, 'Yeah. I'm going to retire.' They said, 'Well, we'll give you $9 million.' And I said, 'You got a pen on you?'"- Charles Barkley

3. Man, everything gets blamed on the Clintons, every single thing in this world. I think Bill Clinton shot JFK, too. -Charles Barkey

4. "I know why his name is DMX. Because his real name is Earl. Imagine if his name was Earl the rapper."- Charles Barkley

5. "If you go out with a girl and they say she has a great personality, she's ugly. If they tell you a guy works hard, he can't play a lick. Same thing."- Charles Barkley

Charles Barkley is known for saying whatever is on his mind. He once got off on charges for throwing a guy through a window and the judge asked him what he learned and he replied, "I should have thrown him from the second floor." There is no chill mode with Charles Barkley. He was always a favorite for the media to interview because they knew they would not get fluffy answers.

In a world where most people sensor their answers and try and say what is politically correct, Barkley can be a breath of fresh air because you know you are hearing what he really thinks. Don't be scared to speak your own mind from time to time. The truth can be sharp sometimes but its the only way for iron to sharpen iron.

People become confused when they hear that Charles Barkley is considered to be one of the best at his positions. He was always a few inches shorter than most people but he still got the most rebounds. Height for height he is top of his class.

He was able to do this because he was that relentless. He was like a hungry pit bull when he played basketball. When he decided he was going up for a rebound he always made sure to come down with the ball. The tenacity he had showed that he could make up for his shortcomings.

If you know that you have a glaring weakness, increase your relentlessness. Don't accept no for an answer or use it as a reason to quit. You have to make up for talent with tenacity and grit sometimes! No one is going to hand it to you, you have to be willing to take it all when its your time to shine.

Charles Barkley has made a living doing every thing the opposite way of how he is supposed to and it has been good and bad for his career. The good side is that he has built genuine fans who love how he carries himself and it made him a ruthless player. The bad side is that it has turned into drug and gambling issues and landed him in jail. Barkley was known for getting technical fouls and getting suspended and fined for his behavior.

If you're going to go against the grain you should still follow the rules. If you keep getting in trouble that begins to stain your record and be evidence of character issues. Also don't go against the grain just for the sake of being different. Have tangible reasons for going the opposite direction, otherwise its just about your ego. 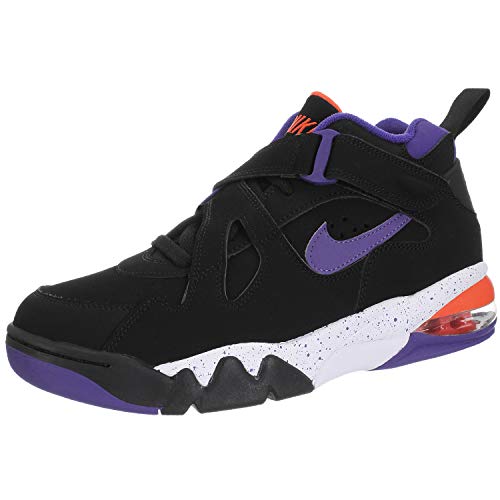 Nike Men's Air Force Max Basketball Shoe Learn More Learn More
We earn a commission if you click this link and make a purchase at no additional cost to you. 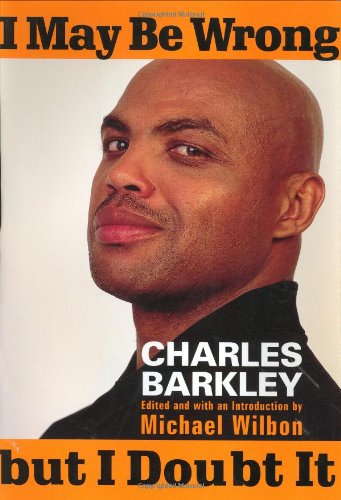 I May Be Wrong but I Doubt It Learn More Learn More
We earn a commission if you click this link and make a purchase at no additional cost to you.