Chris Rock built his net worth as a comedian, actor, writer and producer. After years doing stand-up, he did what most comedians do and made the jump to acting.

He had a few minor roles but came to more prominence after being on Saturday Night Live. That led to him starring in movies like Head of State, Down to Earth and The Longest Yard. He also wrote the sitcom Everybody Hates Chris, which was based on his life.

Men are only as unfaithful as their options. - Chris Rock

I don't get high, but sometimes I wish I did. That way, when I messed up in life I would have an excuse. But right now there's no rehab for stupidity. - Chris Rock

Black people dominate sports in the United States. 20% of the population and 90% of the final four. - Chris Rock

I'm in show business... I want to hang out with Janet Jackson, not Jesse Jackson. - Chris Rock

Gay people got a right to be as miserable as everybody else. - Chris Rock

Chris Rock grew up getting bullied pretty badly and ended up dropping out of school. It gave him the tough skin he needed to make it in stand up and living in the public eye.

He has been criticized and hated on for most of his career but never backed down for anything. He has continued doing stand up and making movies.

Success requires tough skin. If you don't have it you end up having to make burner accounts like Kevin Durant in order to respond to what some 12 year old has to say about you.

Everyone has their own opinion but none of them matter as much as your opinion of yourself and what your trusted advisers have to say.

Chris Rock was made to be funny. Even when you hear his voice it could not have been for anything else but making people laugh. His voice sounds comical and you can tell that he just has jokes in him for days.

He was willing to drop out of school to pursue the thing that he knows he was meant for. Imagine he ran away from his calling? That $100 Million Net Worth was not coming any other way.

The first thing you need to do is find your purpose. Know why you are here. Then decide what you want and spend every day of your life chasing after that. No questions asked.

Once you know why you are here and you decide what you want from life, there is nothing that can stop you.

Habit #3 - Stand For Something

Since Chris Rock was bullied at a young age, he learned how to use his pain to be successful. Instead of breaking down and letting his pain get the best of him, he found a way to make it his central driving force.

Going to school surrounded by white people showed him quickly what it means to be black in America. He decided to stand up for racial injustice and to this day he makes movies that help bring awareness to issues in subtle ways.

Don't live your whole life lying down. Being luke warm about everything only means you decide to be passive and do nothing. Have the guts to speak loud and proud of what you believe. People may hate you for it but it will be the most worth while thing that you ever do. 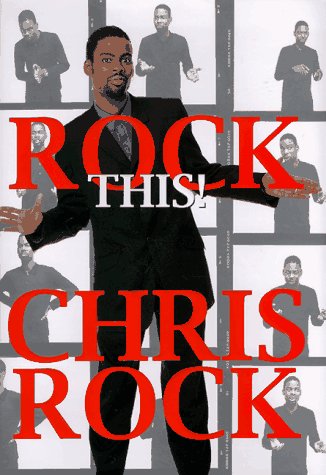 Rock This! Learn More Learn More
We earn a commission if you click this link and make a purchase at no additional cost to you.