Daniel Negreanu has won six World Poker series titles and two World Poker Tour titles. In 2014, he was quickly recognized as one of the best poker players in the world- causing his net worth to skyrocket. Negreanu's accomplishments in one year earned him a spot in the Hall of Fame.

"Too many players focus on physical tells. For both online and live games, you should be focusing more on betting patterns and histories. The ability to figure out your opponent's hand based on his betting pattern is a crucial skill."

"When you're playing cards you can't constantly think about what the money costs you in the real world. You can't be constantly concerned about that if you want to be successful."

I prefer being able to see my opponent. It is just different for me; I didn't grow up with the internet age really.

"I prefer being able to see my opponent. It is just different for me; I didn't grow up with the internet age really."

"I was very curious, that's why I think my reality TV seems normal. I watch a lot of reality TV because I am so interested in people and observing people. From a very young age I can remember watching a woman with a guy and she's rolling her eyes and he's pleading with her and I would think, she doesn't want to be with him, he's in love with her, she likes this other guy and I would make up these stories in my head about these people. That helps me sort of profile people and that is a key to being able to read people."

No matter what you are trying to master, establishing healthy habits is critical. Monitor the time you spend studying- ideally 20%. Then spend 80% on implementation. Carving time into your day to learn is crucial to your long term success.

Losses provide great opportunities to be better. The problem is that too many are afraid of losing. If (more like when) they fail, they cower instead of growing more courageous. In Poker, you have to evaluate losses critically. Asking questions like Did I lose because of luck? Did I suffer because of poor choices? Did I fumble because I am tired?

Daniel Negreanu's net worth has grown to $51 Million because he examines every loss with a critical eye. How do you respond to failure? Are you able to see objectively? What do you do with this information? It is your job not only to take inventory but also to take action.

Habit #3 - Train Your Body and Mind

Many people think Poker is just sitting in a chair and doing math. What people forget is that some tournaments are 16 hours long. Could you imagine being on your A-game for 16 hours a day? That takes discipline- mind, and body.

When you are not physically and mentally prepared, your performance suffers. Your body will begin to break down, and that will take a toll on you mentally.

In the event you are physically fit, but your mind isn't, you will begin to make mistakes the longer you work or "play." Understand that you are human. For you to function, optimally will take intentionality. 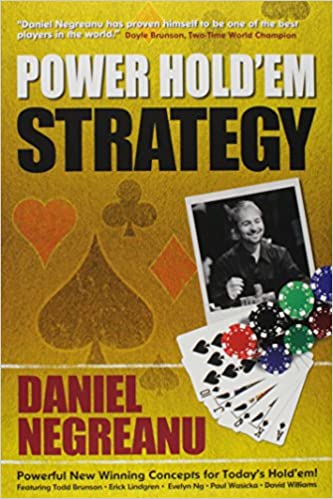 Train Your Body and Mind