Denzel Washington has created a net worth of over $220 Million from making excellent movies. He is considered to be one of the best African-American actors and he also is a director and producer. He won a an Academy award for his role in "Training Day". Regardless of race, some consider to be one of the best actors of his generation. Denzel has made a career for himself by playing real life figures like Malcolm X.

Denzel paid his dues in the acting world. He started off with many small roles than most people had never heard of and was willing to do whatever it took to put food on the table early on. His big break came when he collaborated with film maker Spike Lee to make the Malcom X film. From there he did movies like He Got Game, starring Ray Allen and he also portrayed boxer Rubin Carter.

1. “You pray for rain, you gotta deal with the mud too. That’s a part of it.”- Denzel Washington

2. “I say luck is when an opportunity comes along and you’re prepared for it.” - Denzel Washington

4. “In any profession, it gets to be a grind.”- Denzel Washington

5. “You have to grab moments when they happen. I like to improvise and ad lib.” - Denzel Washington

6. “Acting is just a way of making a living, the family is life.” - Denzel Washington

Denzel Washington is a devout Christian and he still is in the Word of God on a daily basis. The one thing that stands out about him is how humble he is about his craft and he uses his faith to keep him grounded regardless of all the money and fame.

He is married to the same woman and he has no arrests, scandals, or affairs on his name. He loves to act but he loves his family even more. Denzel has even thought about whether he should have been a preacher all of this time.

Denzel Washinton is one of the few stars that has not lost touch with the things that matter the most. Money is good on this earth, but being reading the bible and getting to know God is something that is good for eternity and he understands that. He uses his platform to teach people about Jesus Christ and how he died on the cross for our sins.

Habit #2 - Have Visions, Goals and Habits

There is a video that has gone viral of Denzel speaking with a group of stage actors about having dreams and goals. Denzel has all three things that you need to succeed. He has a massive vision for his life, or what some would call a big dream. He supports that vision with his goals that give him direction. Then he supports his goals with Habits. The habits are the things he has done day to day to make sure that he can achieve his goals.

Habit #3 - Inspire The Next Generation

Denzel Washington has done one of the best jobs of any actor of inspiring those coming up next behind him. He does this with his movies by playing inspiring characters that give people hope.

He does this with the passion he puts into every role he gets his hands on. He also takes time to teach and inspire young actors face to face whenever he can. Denzel is not your typical Hollywood star just looking out for himself and doing it for the money. He enjoys giving back in anyway that he can.

You are where you are because someone who came before you took time to pour into you at some point. You should always feel burdened to pass that on to others. Help someone to see something they don't see in themselves. The great thing about life is that we all need help but we all can help someone as well. No matter how much further you have to go, there is always someone that needs to go further than you. 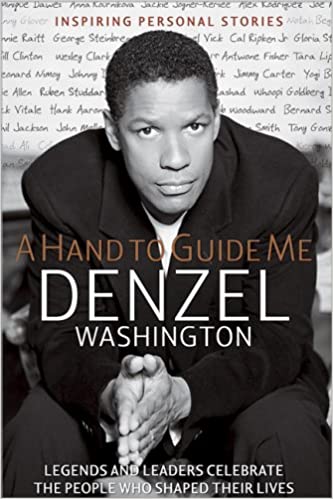 Have Visions, Goals and Dreams

Inspire The Next Generation