Derek Jeter is a retired professional baseball player. He was among the highest-paid athletes when he was at the peak of his career.

His parents moved to Kalamazoo, Michigan when Jeter was just four . Jeter went to Kalamazoo Central High School where he nurtured his skills as a baseball player. He won several awards while in high school and he later joined the University of Michigan on a baseball scholarship.

Deter dated Mariah Carey between 1997 and 1998 and other models and actresses. He started dating Hannah Davis in 2012 and they got married in 2016. The couple is blessed with two children.

Derek started his career as a professional baseball player in 1992 when he signed with the Yankees for $800,000. He played in the minor leagues between 1992 and 1995 and he was later promoted to the class-A of South Atlantic League where he played for The Greensboro Hornets.

Jeter retired from playing professional baseball in 2014 ranking number six in MLB history. He was elected to the Baseball Hall of Fame in 2020. Derek made a lot of money during his career from salary and endorsements.

“There may be people who have more talent than you, but there's no excuse for anyone to work harder than you do - and I believe that.”

“If you're going to play at all, you're out to win. Baseball, board games, playing Jeopardy, I hate to lose.”

“You're a person a lot longer before and after you're a professional athlete. People always say to me, 'Your image is this, your image is that.' Your image isn't your character. Character is what you are as a person. That's what I worry about.”

Habit #1: Have a Winning Mentality

You cannot excel at anything if all you think about is losses and their consequences. It is good to have a winning mentality even when the going gets tough. If other people have done things that you want to try successfully, then you can as well do it if you believe in yourself and work hard.

The secret to success is having dreams big enough to challenge you. Derek is on record for saying, “I want to own a team one day. You know, that's my next goal.” That is why he works hard to achieve what seems impossible to other people. His dreams are the source of motivation in everything he does.

Never underestimate your capabilities or be fearful to test your limits. Have big dreams and believe that you can accomplish them. That way, you get the confidence to work hard and grow your career or business. Not dreaming big is just a fear of failure.

According to Derek, talent alone cannot make any difference in your life. He believes that hard work is the key to success. Jeter is happy that he realized his talent when he was a small boy. However, he had to work very hard to utilize his talent and become a celebrated professional baseball player.

Many people think they can use their talent alone to grow their careers and become successful in life. However, that is a misconception because talent alone is useless. You need to combine it with hard work and learning if you want to make a difference in your life. 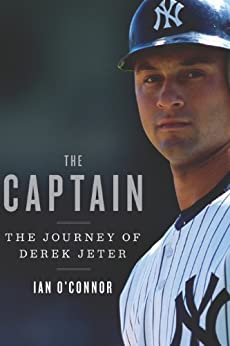 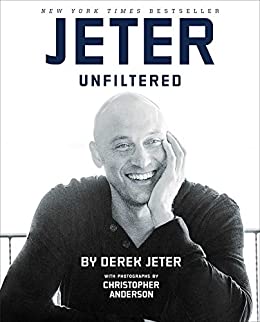 Have a winning mentality