Ed Mylett has built a net worth of more than $400 Million while intentionally flying under the radar. Recently he came into the public spotlight through educating others on how to grow their wealth. Almost instantly, Mylett developed a massive following on social media and listeners on his podcast.

In 1992 joined the World Financial Group, also known as WFG, and helped the company to explode. Soon he was one of the highest-ranking members of the company.

He goes on to leverage the skills he learned at WFG and empathy he developed working with disadvantaged you to help people become financially free.

“I think the biggest shift in our lives, the things that make us the happiest is when somebody helps us identify our natural giftedness.” Ed Mylett

“You can’t transfer to me that which you do not feel yourself.” Ed Mylett

“You want to do something for your self-esteem? Start doing things no freaking crazy person would.” Ed Mylett

“The most inspiring person is the one overcoming the fear of doing something, not the person who is excellent at it.” Ed Mylett

“Winning in life goes to those with the best work ethic and the most information.” Ed Mylett

“School teaches people that learning is the key, but knowledge isn’t powerful unless it’s applied. What separates you from the rest of the pack is not necessarily what you know, but your ability to apply that knowledge and execute.” Ed Mylett

One thing that stands out about Ed Mylett is his faith. He puts Jesus first. According to Mylett, everything he has comes from Jesus, and he is not afraid to give him praises on his show. This is rare in our current climate.

Often people are scared to share their faith because of potentially being stereotyped, judged, or misappropriated. Not Ed Mylett. He is successful because he stands up for what he believes in, even if others don't like it.

You have to be willing to take stand for the things that matter to you. As quotes by so many influential people, "If you don't stand for something, you will fall for anything."

Winner of the ECPA Book of the Year Award

The ESV Study Bible was designed to help you understand the Bible in a deeper way.

Ed Mylett is one of the humblest entrepreneurs in business. He easily could have been famous for the last decade, but he did not want the celebrity. He chose to stay under the radar and allow other people to shine. It got to a point where he had accumulated so much success that he could not remain quiet. He had to share his knowlege to help others.

Ed Mylett's Net Worth is where it is because he knows how to max out. In every area of his life, he pushes to the extent of his max potential. If he has 12 reps of push-ups, he ends by doing a few more. Mylett has never operated under the adage, "less is more." As evidenced by his work ethic, more is more to him.

Is there any area of your life where you could insert more effort? Could you push the envelope past easy and pursue your goal with maximum intensity. If you want to be successful, you must find a healthy balance between inventory and effort. When you commit to being your best, let nothing stop you. 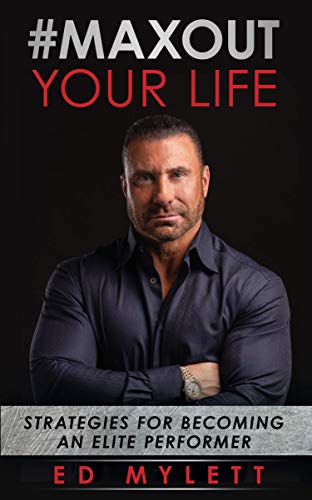 #Max Out Your Life: Strategies for Becoming an Elite Performer Learn More Learn More
We earn a commission if you click this link and make a purchase at no additional cost to you.