Edward Sheeran known as Ed Sheeran was born in February of 1991 in West Yorkshire. He is an English singer, songwriter, producer and actor. Ed was brought up in Suffolk. He is considered  to be in the top 100 richest singers with a net worth of around $160 million.

Edward attended Thomas Mills High School in Framlingham, Suffolk. He uses to write songs in school as well and perform in assemblies for fellow students and teachers. His father took him to different concerts with him, and he developed a passion for music from there.

In the beginning, Sheeran performed in small gigs across London. He used to perform on the streets or anywhere that people would listen. He loved music and does any sort of music-related gigs. For his gig, he has to travel a lot and at times he was left with no place to sleep.

He signed his first album with Asylum Records with the title '+' in 2011. Surprisingly the album was a hit and has been certified seven-times platinum in the UK. He released three more hit albums, has all sold out concerts, and he performed on TV shows. He is officially a star! 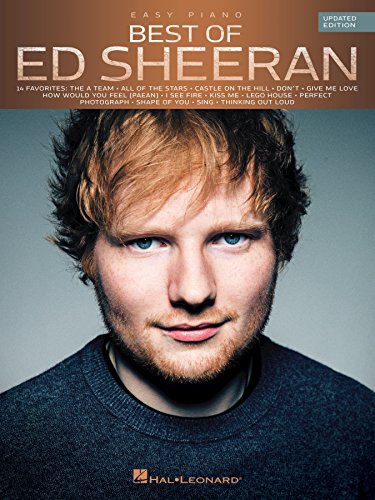 Best of Ed Sheeran for Easy Piano: Updated Edition Learn More Learn More
We earn a commission if you click this link and make a purchase at no additional cost to you.

“I've done some really weird gigs. The ones where no one turned up - they're probably not the interesting ones to talk about. I played some pretty random ones in L.A. I signed to play all-R&B nights or an all-comedy night where I'd be the only white person there. They were fun.” –Ed Sheeran

“Try to find someone with a sense of humor. That's an important thing to have because when you get into an argument, one of the best ways to diffuse it is to be funny. You don't want to hide away from a point, because some points are serious, but you'd rather have a discussion that was a discussion, rather than an argument.” –Ed Sheeran

“I was on some TV shows with Lady Gaga the other week, and you could see the difference in reaction between her fans and my fans outside. She comes out, and she looks like a star, and the reaction is just tears, crying, people going, 'Oh my God, Oh my God.' My fans are like: 'Alright, Ed.” –Ed Sheeran

Ed Sheeran started his career doing small gigs all over London. He struggled to get his music to the masses. The key to his success has been his determination and passion for what he is doing. Ed performed from street to all sold-out concerts all because he loved what he is doing and determined to make it a big career. He even tweeted years back saying one day he would be playing for a big audience one day and it came true. He stayed true and determined for his vision.

You have to see where you want to and be determined to make it happen. When you're determined there is no amount of work or set backs that will scare you or deter you from being successful. Anything that gets in your way is getting removed no matter how big or small it is.

Habit #2: Face All Your Challenges

Sheeran had to sing on street corner hoping for money and have no place to sleep. Now he is worth $160 million because he took the hard way and devoted himself to his music and craft. Ed faced every challenge that was put in his face like a champion. He did not back down or hide or hope thing were easier. He sacrificed everything in order to devote everything he had to his music.

When you are challenged you have to lean into the problem. There is no where to run or hid and no one is going to come and save you. The only way to achieve the success you want is to look that challenge in the eye and let it know that you will never back down. When you succeed after this, you will appreciate everything so much more.

Ed is a humble and kind person. Even though he is one of the biggest musicians in the world now, Ed visits his old community and friends often. Sheeran also teaches others to stay humble because he has not allowed music to ruin him. He is at peace with himself because he still has all the people he loves in his life. He has loyal people in his corner that have had his back from day 1.

Never forget the people and places that were a part of your life before success. Stay connected with the good people because they will have your back until the end. When you have money, it attracts a lot of people who want a handout. But the people who were kind and loving before you made it should always be cherished. The more you remember where you came from, the easier it will be to push to where you are going. 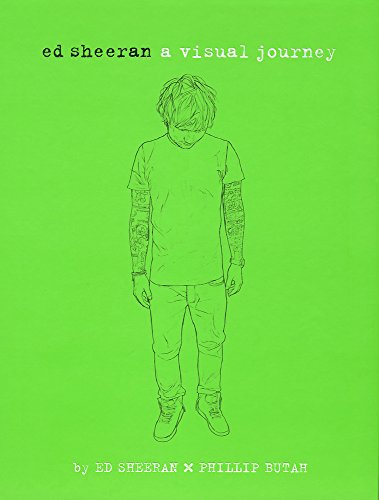 Ed Sheeran: A Visual Journey Learn More Learn More
We earn a commission if you click this link and make a purchase at no additional cost to you.

Face All Your Challenges