1. “But perhaps the most important lesson I learned is that there are no walls between humans and the elephants except those we put up ourselves and that until we allow not only elephants but all living creatures their place in the sun, we can never be whole ourselves.” – Lawrence Anthony

2. “I don’t know how many lions and leopards I’ve shot. I’ve shot two elephants, which was enough – never again. It’s a melancholy and moving thing to hunt an elephant. It’s like shooting an old man.” – Wilbur Smith

3. “Scientists have reported that elephants grieve their dead, monkeys perceive injustice and cockatoos like to dance to the music of the Backstreet Boys.” – Hal Herzog

4. “Elephants love reunions. They recognize one another after years and years of separation and greet each other with wild, boisterous joy. There’s bellowing and trumpeting, ear flapping and rubbing. Trunks entwine.” – Jennifer Richard Jacobson

5. “We already live a very long time for mammals, getting three times as many heartbeats as a mouse or elephant. It never seems enough though, does it?” – David Brin

6. “A man might be uncertain about how many wives he had, but never about elephants. Either you had one, or you didn’t.” – Terry Pratchett

7. “A camel makes an elephant feel like a jet plane.” – Jackie Kennedy

8. “If there were no goodness in people, mankind would still be confined to loping across a Savannah somewhere on Earth, watching the elephants rule, or some other more compassionate species.” – Orson Scott Card

9. “Th’ unwieldy elephant, to make them mirth, us’d all his might, and wreathed His lithe proboscis.” – John Milton

10. “We must have bearers, and outriders, and perhaps an elephant — they are so imposing, nothing says ‘Get out of the way’ quite like an elephant in the front.” – Neil Gaiman

12. “Elephants don’t know anything about the world of ants; the peaks of mountains are oblivious of what is happening on the plains!” – Mehmet Murat ildan

13. “Living next to you is in some ways like sleeping with an elephant. No matter how friendly and even-tempered is the beast, if I can call it that, one is affected by every twitch and grunt.” – Pierre Trudeau

14. “If elephants didn’t exist, you couldn’t invent one. They belong to a small group of living things so unlikely they challenge credulity and common sense.” – Lyall Watson

15. “Love will draw an elephant through a key-hole.” – Samuel Richardson

16. “Don’t ask why the elephants wear such large shoes, And why the kangaroos are reborn kidnappers, And why the sailing birds are all Romantics.” – Robert Bly

17. “I have a memory like an elephant. I remember every elephant I’ve ever met.” – Herb Caen

18. “I feel as if I go to Africa, I may never come back. I’m just going to live with the animals and adopt an elephant, and it’s going to be my friend.” – Dianna Agron

20. “Primate and elephant and even pig societies show considerable evidence of care for others, parent-child bonding, solidarity in the face of danger, and so on.” – Christopher Hitchens 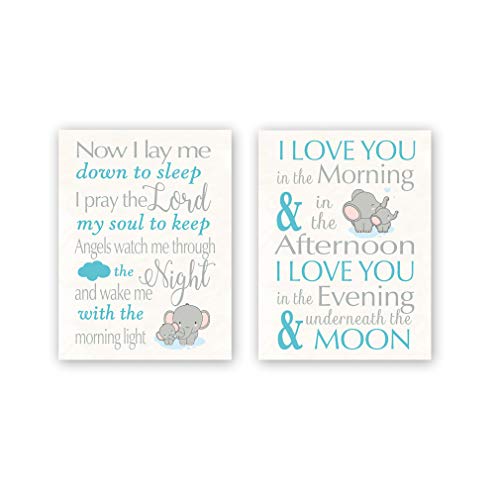 Elephant Wall Art Print - Inspirational Quotes on Canvas Learn More Learn More
We earn a commission if you click this link and make a purchase at no additional cost to you.

21. “An elephant always puts his foot into the hole which another elephant’s foot has made so that a frequented track is nothing but a series of pits filled with mud and water.” – Isabella Bird

22. “We admire elephants in part because they demonstrate what we consider the finest human traits: empathy, self-awareness, and social intelligence. But the way we treat them puts on display the very worst of human behavior.” – Graydon Carter

23. “I meant what I said and I said what I meant. An elephant’s faithful one-hundred percent!” – Dr. Seuss

24. “Who rides on a tiger can never dismount; asleep on an elephant, that is repose.” – Marianne Moore

25. “When you have got an elephant by the hind legs and he is trying to run away, it’s best to let him run.” – Abraham Lincoln

26. “Elephants, it turns out, are surprisingly stealthy. As the sunlight fades, other species declare their presence. Throngs of zebras and wildebeests thunder by in the distance, trailing dust clouds. Cape buffalo snort and raise their horns and position themselves in front of their young. Giraffes stare over treetops, their huge brown eyes blinking, then lope away in seeming slow motion. But no elephants.” – Thomas French

27. “All around the edges of the platform where she sat, elephants stood patiently waiting for their breakfast. Occasionally, one would grunt or snort or flap its ears, but otherwise, they were as quiet as apparitions.” – Dawn Reno Langley

28. “And the elephant sings deep in the forest-maze; About a star of deathless and painless peace; But no astronomer can find where it is.” – Ted Hughes

29. “God is really only another artist. He invented the giraffe, the elephant, and the cat. He has no real style, He just goes on trying other things.” – Pablo Picasso

30. “Seriously, a smaller, leaner, cleaner, tuskless, and more secretive elephant is exactly what is needed. It definitely would live longer.” –  Lyall Watson

31. “It is absurd for a man to kill an elephant. It is not brutal, it is not heroic, and certainly, it is not easy; it is just one of those preposterous things that men do like putting a dam across a great river, one-tenth of whose volume could engulf the whole of mankind without disturbing the domestic life of a single catfish.” – Beryl Markham

32. “They say an elephant never forgets. Well, you are not an elephant. Take notes, constantly. Save interesting thoughts, quotations, films, technologies… the medium doesn’t matter, so long as it inspires you.” – Aaron Koblin

33. “I’m not much for cats. I’m terrified of mice. I’ve worked a lot with elephants, and they are extremely intelligent and sensitive, and thankfully, they seem to like me. You never want to get on the bad side of an elephant. And never trust a chimp.” – Mary Ellen Mark

35. “They say that somewhere in Africa the elephants have a secret grave where they go to lie down, unburden their wrinkled gray bodies, and soar away, light spirits at the end.” – Robert McCammon

36. “There is no creature among all the Beasts of the world which hath so great and ample demonstration of the power and wisdom of Almighty God as the Elephant.” – Edward Topsell

37. “If you are neutral in situations of injustice, you have chosen the side of the oppressor. If an elephant has its foot on the tail of a mouse and you say that you are neutral, the mouse will not appreciate your neutrality.” – Desmond Tutu

38. “Without being an elephant sycophant, it is relevant to note that an infant elephant is a lieutenant giant.” – Vincent Okay Nwachukwu

39. “The elephant can survive only if forests survive.” – Mark Shand 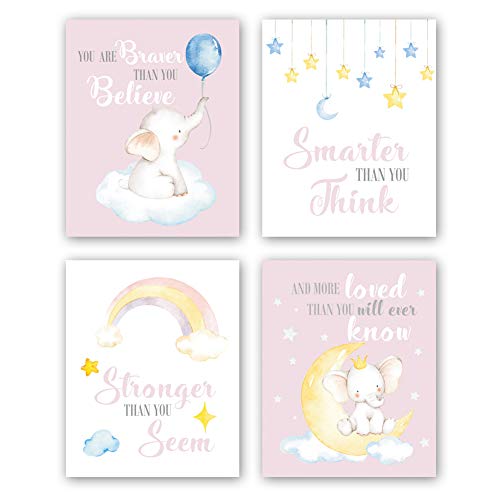 Watercolor Elephant Quote Art Print Learn More Learn More
We earn a commission if you click this link and make a purchase at no additional cost to you.

- 40 Of The Most Popular & Famous Quotes

“There is no creature among all the Beasts of the world which hath so great and ample demonstration of the power and wisdom of almighty God as the Elephant.” – Edward Topsel

“Elephants are quite enough.” – Agatha Christie

“The question is, are we happy to suppose that our grandchildren may never be able to see an elephant except in a picture book?” – David Attenborough