“It is often possible to decide the issue of a battle merely by making an unexpected shift of one's main weight. - Erwin Rommel. Here are 33 Erwin Rommel Quotes.

1. “Sweat saves blood, blood saves lives, and brains save both.”

2. “To every man of us, Tobruk was a symbol of British resistance and we were now going to finish with it for good.” - Erwin Rommel

3. “One must not judge everyone in the world by his qualities as a soldier: otherwise, we should have no civilization.” - Erwin Rommel

4. “The commander must be at constant pains to keep his troops abreast of all the latest tactical experience and developments and must insist on their practical application. He must see to it that his subordinates are trained in accordance with the latest requirements. The best form of welfare for the troops is first-class training, for this saves unnecessary casualties.” - Erwin Rommel

5. “In a man-to-man fight, the winner is he who has one more round in his magazine.” - Erwin Rommel

7. “When there's no clear option, it's better to do nothing.” - Erwin Rommel

8. “Manstein is a man of illusions. ... He believes Hitler will listen to facts.” - Erwin Rommel

9. “Good soldiers, bad officers; however don't forget that without them we would not have any Civilization.” - Erwin Rommel

10. “Don't fight a battle if you don't gain anything by winning.” - Erwin Rommel

11. “One of the most important factors, not only in military matters but in life as a whole, is ... the ability to direct one's whole energies towards the fulfillment of a particular task.” - Erwin Rommel

13. “The battle is fought and decided by the quartermasters, long before the shooting begins.” - Erwin Rommel

14. “The enemy must be annihilated before he reaches our main battlefield. We must stop him in the water, destroying all his equipment while it is still afloat!” - Erwin Rommel

15. “No plan survives contact with the enemy.” - Erwin Rommel

16. “There are always times where the place of a commander isn't back with his Major State, but onward with his troops.” - Erwin Rommel 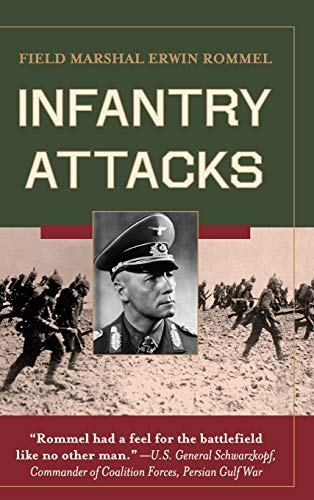 Infantry Attacks Learn More Learn More
We earn a commission if you click this link and make a purchase at no additional cost to you.

17. “The organization of supplies, the command of men, anything in any way constructive requires more than intellect; it requires energy and drive and an unrelenting will to serve the cause, regardless of one's personal interests.” - Erwin Rommel

18. “For me, soldiers are all equal. Those black people wore your same uniform, fought on your side, and so you will be in the same jail.” - Erwin Rommel

19. “Anyone who has to fight, even with the most modern weapons, against an enemy in complete command of the air, fights like a savage against modern European troops, under the same handicaps and with the same chances of success.” - Erwin Rommel

20. “Always in a moment of extreme danger things can be done which had previously been thought impossible.” - Erwin Rommel

23. “The battle is going very heavily against us. We're being crushed by the enemy's weight. We are facing very difficult days, perhaps the most difficult that a man can undergo.” - Erwin Rommel

24. “One cannot permit unique opportunities to slip by for the sake of trifles.” - Erwin Rommel

25. “There is one unalterable difference between a soldier and a civilian: the civilian never does more than he is paid to do.” - Erwin Rommel

26. “But courage which goes against military expediency is stupidity, or if it is insisted upon by a commander, irresponsibility.” - Erwin Rommel

27. “Messages can't be intercepted if they aren't sent, can they?” - Erwin Rommel

28. “In view of my services in Africa, I have the chance of dying by poison. Two generals have brought it with them. It is fatal in three seconds. If I take the poison, none of the usual steps will be taken against my family; that is, against you. They will also leave my staff alone.” - Erwin Rommel

29. “I would rather he had given me one more division.” - Erwin Rommel

30. “He [Hitler] seemed very depressed and upset about the Stalingrad disaster. He said that one is always liable to look on the black side of things after a defeat, a tendency which can lead one into dangerous and false conclusions.” - Erwin Rommel

31. “The future battle on the ground will be preceded by battle in the air. This will determine which of the contestants has to suffer operational and tactical disadvantages and be forced throughout the battle into adoption compromise solutions.” - Erwin Rommel

32. “The best form of welfare for the troops is first-rate training.” - Erwin Rommel 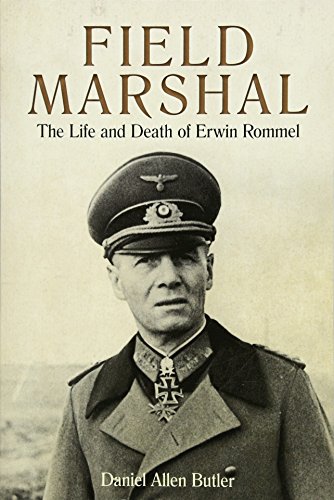 Field Marshal: The Life and Death of Erwin Rommel Learn More Learn More
We earn a commission if you click this link and make a purchase at no additional cost to you.

“No plan survives contact with the enemy” ― Erwin Rommel

“Don't fight a battle if you don't gain anything by winning. ” ― Erwin Rommel