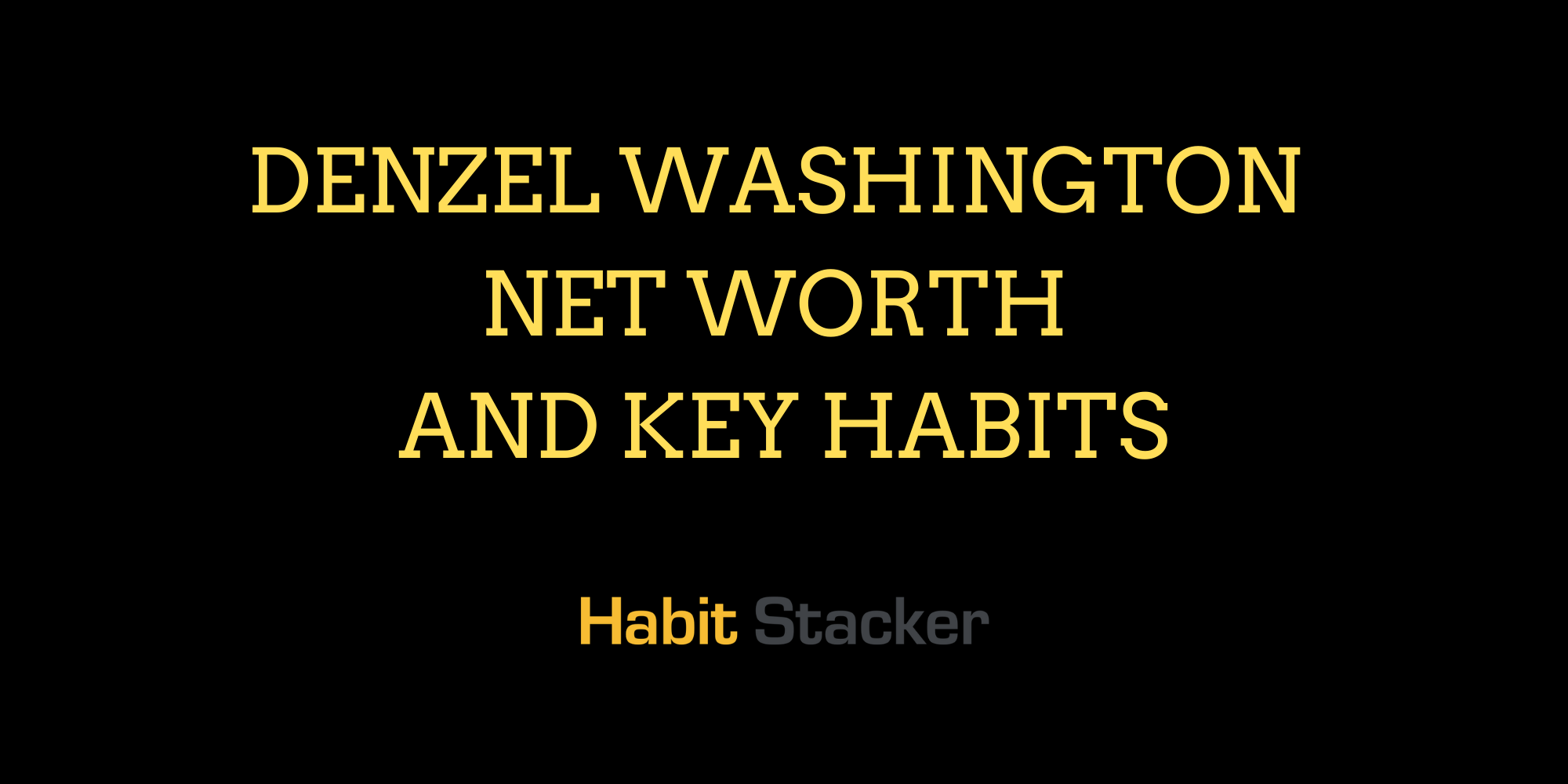 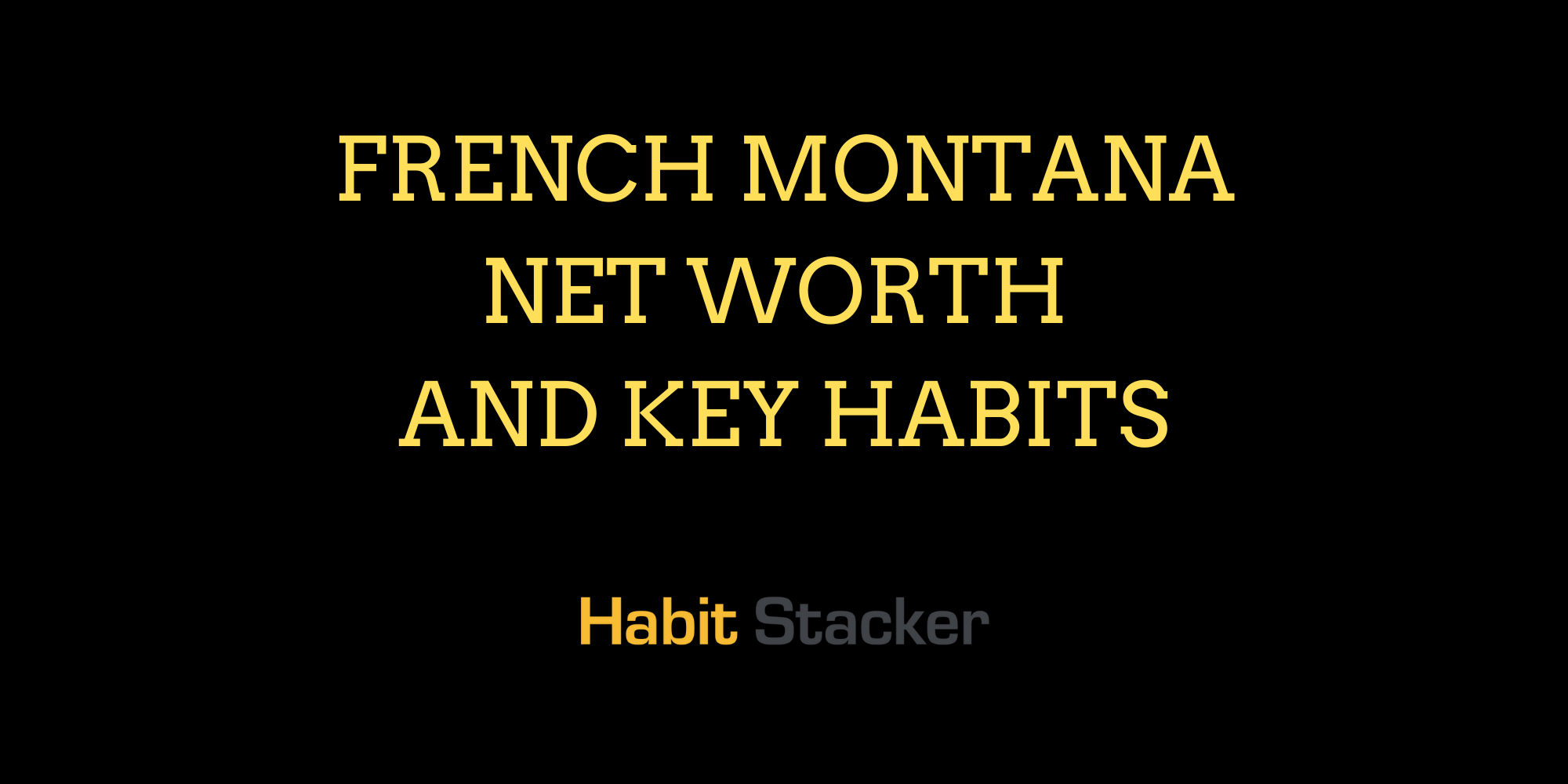 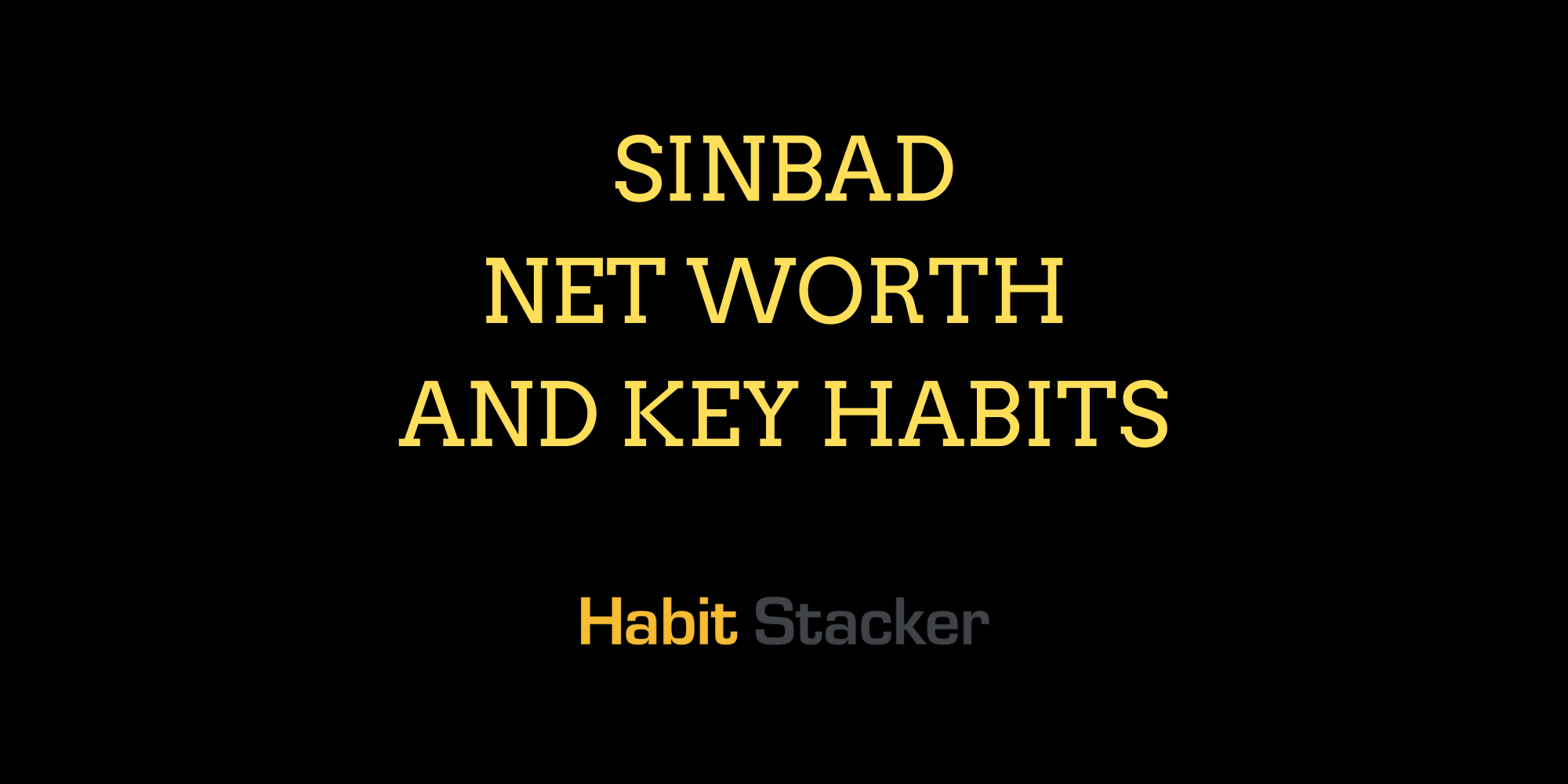 Sinbad Net Worth and Key Habits 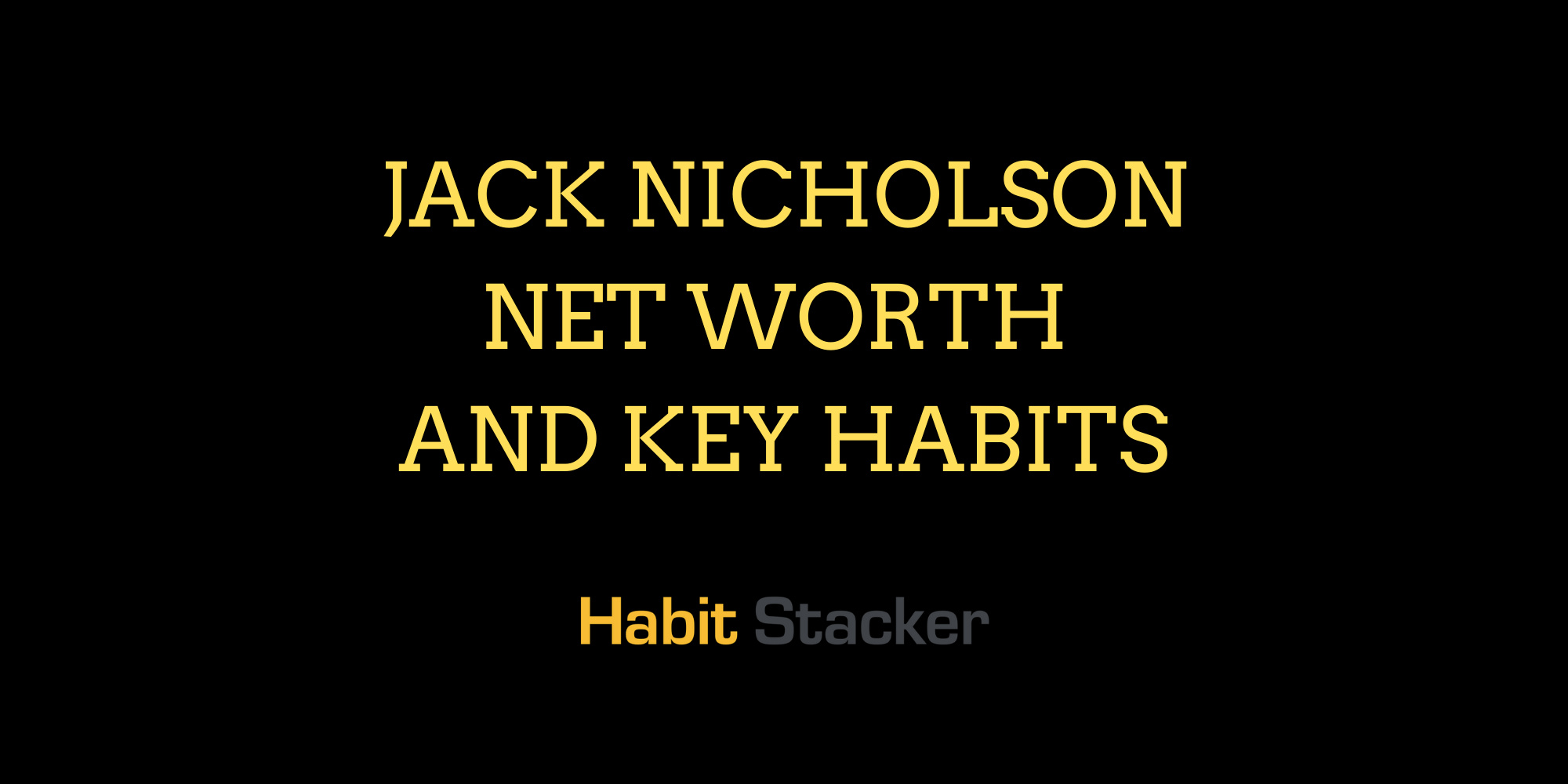 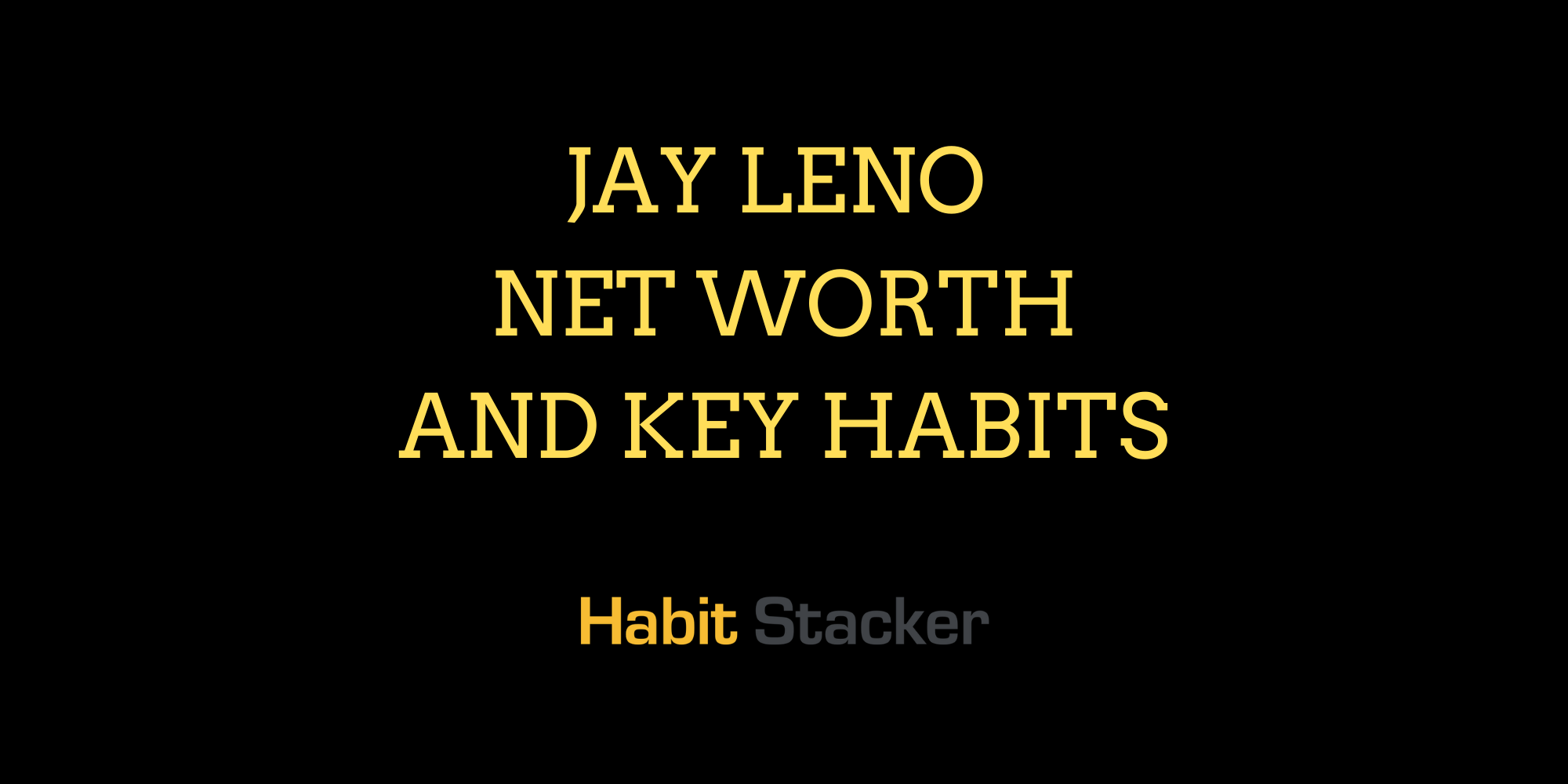 The fear of success is not spoken about enough because it's hard to recognize in yourself. How can one fear to get everything you ever wanted? When people set goals, no one fixes them with the intentions of failing over and over.

The reality though is that you could have to a deep fear of success. The concern stems from a lack of self-confidence and feeling unworthy of what you want. If you do not feel like you deserve something, you will find a way to lose it. You have to change that mindset because your success is essential. You also have to stop making excuses.

First, you need to identify if you have a fear of success. The best way to know is to think back to past failures and think through why you failed. When you were getting close to succeeding, you did something to sabotage yourself.

It could have been not making a phone call you know you needed to make. Anything you could do to yourself to make sure you didn't win is indicative of a fear of success. Here is something you NEED to do to kill your fear of success.

If you want to be wealthy, you have to learn to accept the rich and study what they have done to get to where they are.

Forgive Yourself and Release Your Fear of Success

Lack of forgiveness is a huge obstacle between you and success. The reason that forgiveness does this is that it makes us grip tight to the past. You can never let go of who you used to be, and thus, as a result, you are punishing yourself.

Whenever you try and level up, you cannot do it. You think about getting interviewed on TV and how someone will bring up your past mistakes, instead of thinking of how happy you will be to get that interview itself.

You carry resentment in your heart and want to prove certain people wrong. Instead of having that mindset, you should be thinking of how you will bless the world with your success.

Forgive everyone and everything. Let the past moments go so you can make room for what is to come. Allow yourself to know that the past is the past and that you have paid for your mistakes.

Now it is time to admit that you are deserving of the things that you want. Many people may say that they deserve better but deep in their hearts that belief is not there.

Let Go Of Old Failures to Conquer Your Fear of Success

Letting go of jobs, possessions, people, and places is essential to step up to the next level. Sometimes you are ready for that, but you fear that everything around you will change.

You are not willing to let go of the crappy job or the people in your life that drag you down. It is time to leave some things behind.

When you refuse to let go, sometimes the whole world will seem to harden around you. It will leave you no choice but to move in a particular direction.

You will lose your jobs, possessions, and friends. It will feel like everything is crumbling and working against you. At first glance, this is horrible, but it's preparation for a level up. That is a steep price to pay if you don't stop making excuses.

You may have big dreams, but not everyone is ready or capable of going on that journey with you. You can't try and bring people who are not prepared; they will either hurt themselves or hurt you on the way there. You have to be able to let go. If its destiny, they will figure out what they need to change to get to the next level.

Accept That You Will Be Uncomfortable

All these points build on each other. If you do not get the last position correct, then you will not be able to the following step.

Once you have accepted that you need to let go of some essentials. The next step is that you will be okay with the fact that things will be shaky and changing a lot for a while.

People don't reach their full potential because they give up when NOTHING looks like a success. People are leaving you, you lose your job, money issues arise, and creditors are calling you. On the outside, people are looking at you like "wow, this person thinks that they can be successful"?

It hurts to be in that position because you saw your life playing out differently. You don’t need things to be changed; you need to endure this period to kill off that fear of success.

It makes sense that the bigger the goal, the harder it is to get there. 98% of people fear that the path will be steep. It is easier to take the road that is more traveled and safer, and so as a result not tackle that fear of success.

The last thing you need to do to remove your fear of success is to let go of your negative feelings towards success. Those who are more successful than you are not your enemy. Stop going on

Instagram and being salty because someone you don’t think works hard has a better car than you. You have no idea what they have had to do to get what they have, and where they are in life. Focus on your story and your journey.

Many people fear success because it has become something they hate so. It is hard to shake these feelings because most people who feel poor or inadequate hate on rich people. It is how you can justify not having the success you once thought you would have. People will fail in life, and instead of trying again, turn to hate. Don't assume the rich got lucky. Focus on getting back on your feet and trying still.

If you want to be wealthy, you have to learn to accept the rich and study what they have done to get to where they are.

You can’t want something for yourself and hate it at the same time. The second you make this last change you will be ready for what you have wanted and tried to work for.

The Fear of Success Makes No Sense

Forgive, let go of the old, get uncomfortable. Stop hating on people with money, and you will kill your fear of success. It will be replaced with inner peace and happiness. Inner peace is one of those words that sounds like only a yogi will use it or talk about.

The reason is that very few people are actually at peace with themselves. The idea is that their fear of success has left them with an average life. They are scared to be great, but deep inside they know they were meant to be.

That does not need to be your reality. There is nothing scary about success! You should fear not using all the talents that God gave you to succeed. Stop making excuses and go attack what should be yours.