It is hard to talk about wealthy singers in the USA and skip George Strait. He is a celebrated American country music singer from Texas.

He is also an established music producer and actor.  He is among the most influential musicians in the country and many people know him as the ‘King of Country’.

He developed interests in music while at Pearsall High school where he played in the rock and roll garage band. He later shifted to country music because that was the most played music by many live bands in Texas.

Strait started singing while serving as an army officer in Hawaii. He joined the Army-sponsored band called Rambling Country that also performed outside the army base as Santee band. Strait later joined the Stoney Ridge band as a vocalist while pursuing his college degree.

The band brought Strait to the limelight and marked the beginning of his career as a country music superstar. He has worked as a professional singer for over 30 years and sold over 70 million albums in the US.

Strait has a net worth of $300 million as of 2020 and holds the world record for having many number-one hit songs.

“I like people who are loyal to me, and I like to be loyal, too.”
-George Strait

“You don't have to be a cheater to sing a cheatin' song, that's what I'm saying.”
-George Strait

“I'm not here for a long time. I'm here for a short time”
-George Strait

“As we look into the future, it's as far as we can see. So let's make each tomorrow be the best that it can be.”
-George Strait

“I'm a religious person. I honestly believe we will see each other in heaven someday.”
-George Strait

“Life is not the breaths you take but the moments that take your breath away.”
-George Strait

“Even though I've been doing it for so long, I still feel fresh. Even when I walk out on stage, I still feel pretty much the same as I've always felt.”
-George Strait

“If you start out trying to achieve a specific thing - like doing stadium shows or going into the studio and doing an album - the end result is what counts.”
-George Strait

“We work hard when we're in the studio, but then when we take our breaks, we walk outside and look around.”
-George Strait

“You've got to keep the stage world and your real-world separated or you're headed for trouble.”
-George Strait

Strait’s journey as a professional singer was not a smooth one. He faced several challenges along the way before becoming a celebrity. However, he did not give up on his talent because he had dreams to accomplish. Strait used every available opportunity to grow his music career.

According to Strait, successful people never give up even when there seems to be no way ahead. On the contrary, they keep working hard to achieve their goals. The journey to success is full of challenges, but they should not make you give up on your dreams.

Habit #2: Be Good to Your Friends

Strait credits his success to the support that he gets from his friends. He has made many reliable friends since he started singing over 30 years ago. According to Strait, we all need people to support us in life, at personal and professional levels.

You cannot excel in life without the support of friends. You need true friends to support you when things seem to not be working. Friends come in handy when you are at your lowest point. The best thing you can do is be there for them in their low moments too.

Habit #3: Focus on Things that you Love

Strait loves country music the most. He has no regret for becoming a musician because that is what makes him happy. It is for that reason that he has been singing for over 30 years and he still feels young every time he gets on the stage. Most importantly, he has been able to make a career from his love for music.

Forget about what other people do and focus on things that you love. It is easy to excel when doing what makes you happy. The journey to success becomes shorter and easy when you align talent with a career you love. 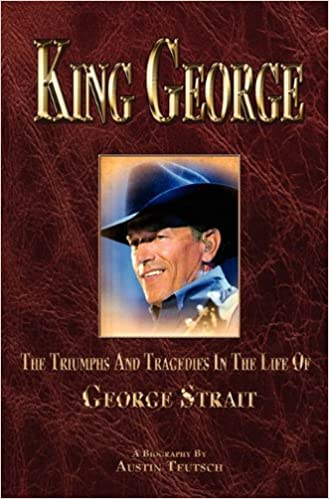 Be Good to Your Friends

Focus on Things that you Love