Gloria Vanderbilt was born on February 20, 1924 in New York. Vanderbilt is a socialist, fashion designer, actor, writer and businesswoman. Her net worth was around $200 million at the time of her death in 2019. She left most of it to her son Anderson Cooper.

Her grand grandfather was Cornelius Vanderbilt, who was among five wealthiest Americans after inflation. Her father left her a trust fund of $5 million in 1925 when he died but Gloria was still young and had to wait until she was 21 to touch the money. Her mother and aunt sued each other for custody of Gloria and in the end her aunt won the case of her custody.

As a fashion designer and singer Gloria embarked upon a very successful career. Gloria has lent her name to a line of designer jeans and fragrances that have been sold at high-end retail stores around the world. She earned more money from her fashion ventures than her inherited wealth.

"The fame you earn has a different taste from the fame that is forced upon you." - Gloria Vanderbilt

"If you've never had a mother or a father, you grow up seeking something you're never going to find, ever. You seek it in love and in people and in beauty." -Gloria Vanderbilt

"When I started travelling, I would go to a city and be on television and I used to get the question, 'Why do you work? If I were you, I'd just go and lie on a beach somewhere.' And I'd answer, 'Well, I wanted to make something of my life." - Gloria Vanderbilt

"In mythology and palmistry, the left hand is called the dreamer because the ring finger on the left hand leads directly to the heart. I find it a very poetic idea. And that's why I only wear nail polish on my left ring finger." - Gloria Vanderbilt

"I do take very good care of myself, and I'm always in love. And by that I mean I have an appetite for life. I'm in love with beauty and things and people and love and being in love, and those things I think, on the inside, show on the outside." - Gloria Vanderbilt

Though Gloria had been left with a large sum of money to live off of,  she decided to go to work and duplicate that money. She did not let the family legacy of wealth end with her. Instead of just being remember for her family name, she decided to make a name for her self through acting, modelling and fashion design. She went and made a name for herself by consistently taking action.

Its easy to say she was born with a silver spoon in her mouth and that she did not have to work but that is not the truth. She started with more than most but she still took action to turn that money into more and she deserves credit for that.

Vanderbilt lived through a tough childhood for someone left with a $5 million dollar interference that could not be touched for 20 years. Her aunt and her mom got into a weird custody battle over her that her aunt ended up winning. She did not really have either of her parents in her life and that will hurt any child. This all traumatized her and caused her to have depression issues. Later in life she lost one of her sons to suicide and she has to dig deep once again to keep moving forward.

When life hits you with tragedy after tragedy it can be hard to find the strength to keep moving forward. Life is going to challenge you and you can either allow it to break you or you can use it as fuel to turn your life into something amazing. You always have that choice no matter how hard things get.

Once Gloria hit her stride she quickly became a beauty icon. Just attaching her name to clothing would increase sale dramatically because of how people saw her. She almost became like the new Marilyn Monroe. She help to usher in a new world of beauty standards because she was willing to do things her way. She did not feel the need to conform to what others wanted.

Your aim should be to do things at an iconic level. If its not iconic than chances are you will be forgotten and if you're forgotten you can't leave a legacy behind you. Don't get caught up in the short-term day to day struggles of life. Instead focus on the life you want to say you lived when you're on your deathbed. 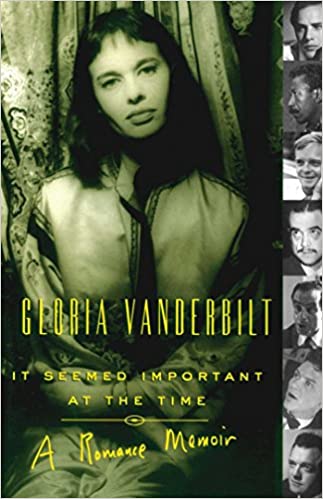 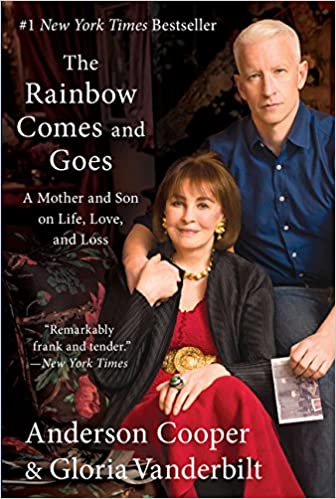