Phil Mickelson was born on June of 1970 in California. He is a well-known professional golfer and has a net worth estimated to be $400 million.

He earned a full golf scholarship to Arizona State University and saw a lot of success at the collegiate level. From 1990 - 1992 Mickelson won three NCAA individual championships and three Haskins Awards for being chosen as the most outstanding college golfer of the year.

Phil Mickelson has experienced a lot of fame on and off the golf course. In 1991, while still  an amateur, he won his first PGA Tour event, the Northern Telecom Open.

Phil has won over 40 PGA events in total, including four major championships. He won the 2004 Masters, the 2005 PGA Championships, the 2006 Masters, and the 2010 Masters. Now he's considered to be among the world's best professional golfers.

"I have come to understand and appreciate writers much more recently since I started working on a book last fall. Before that, I thought golf writers got up every morning, played a round of golf, had lunch, showed up for our last three holes and then went to dinner.” –Phil Mickelson

“I have not found my perspective on my career change. What I have found is that my life in general has been more fulfilling. To be able to influence an individual's life and on who they become as a person is a very rewarding feeling.” –Phil Mickelson

“My style of play won't ever change, because I enjoy that aggressive style of golf. It allows me to play my best. When I attack pins, I stay more focused. I get more into the shot and, consequently, I get more out of the shot and out of my game by playing aggressive.” –Phil Mickelson

Being a golfer comes with making a tonne of mistakes. He believes that you can't focus on the last shot and live in regret. If he focused on the past, he would not be able to move forward and hit his next shot. That is a great attitude to take into life, and it explains how he has so many come back performances in golf.

Mistakes are meant to be learning opportunities, but sticking to them and not letting go of them will not do you any good. If you want to have success, you need to have a short memory when it comes to your past mistakes. The thing you want to be etched into your memory is the lessons learned from the mistakes.

Mickelson is married and has three children and they are his world. They are often at his golf tournaments supporting him and he takes his family time with them very serious. He is a great golfer but he makes sure his family knows that they matter more than his golf.

Remember that as you become more successful, it gets harder to keep the important things first. Your priorities can get all messed up if you're not careful what you let into your life. Family will always be important because they are the people who will love you even after the fame is long gone.

Phil Mickelson makes an effort to respect everyone on the golf course. Everyone from fans, media, caddies and other golfers gain his respect. People like Phil on the PGA tour because he is a kind human and he is always going to treat you with respect and dignity no matter what your role is. The way he treats other people is a testament to his character.

One of the worst things that you can let money do is make you think that you are better than people. Mickelson is almost worth half a billion dollars and he can still find it in himself to treat people with dignity. Keep yourself humble, no matter how high you climb. 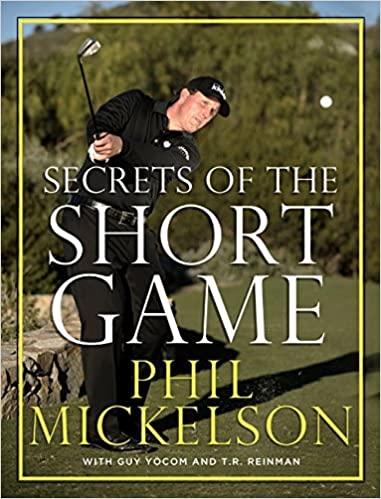 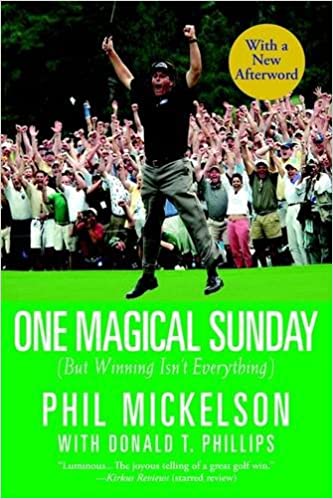