Henry Ford  was an American industrialist and a business magnate, the founder of the Ford Motor Company, and the sponsor of the development of the assembly line technique of mass production. Here are 31 Powerful Henry Ford Quotes.

3. “If I had asked people what they wanted, they would have said ‘faster horses.” – Henry Ford

4. “Competition is the keen cutting edge of business, always shaving away at costs.” – Henry Ford

5. “Enthusiasm is the yeast that makes your hopes shine to the stars.” – Henry Ford

6. “The only real mistake is the one from which we learn nothing.” – Henry Ford

8. “As we advance in life we learn the limits of our abilities.” – Henry Ford

9. “It has been my observation that most people get ahead during the time that others waste.” – Henry Ford

10. “The highest use of capital is not to make more money, but to make money do more for the betterment of life.” – Henry Ford

11. “Thinking is the hardest work there is, which is probably the reason so few engage in it.” – Henry Ford

12. “Employers only handle the money – it is the customer who pays the wages.” – Henry Ford

13. “I do not believe a man can ever leave his business. He ought to think of it by day and dream of it by night.” – Henry Ford

15. “Quality means doing it right when no one is looking.” – Henry Ford

16. “I cannot discover that anyone knows enough to say what is and what is definitely not possible.” – Henry Ford

17. “If there is any one secret of success, it lies in the ability to get the other person’s point of view and see things from that person’s angle as well as from your own.” – Henry Ford

18. “There is one rule for the industrialist and that is: make the best quality goods possible at the lowest cost possible, paying the highest wages possible.” – Henry Ford

20. “A business absolutely devoted to service will have only one worry about profits. They will be embarrassingly large.” – Henry Ford

21. “To do more for the world than the world does for you – that is success.” – Henry Ford

23. “One of the greatest discoveries a man makes, one of his great surprises, is to find he can do what he was afraid he couldn’t do.” – Henry Ford

24. “Before everything else, getting ready is the secret of success.” – Henry Ford

25. “The competitor to be feared is one who never bothers about you at all, but goes on making his own business better all the time.” – Henry Ford

26. “There is joy in work. There is no happiness except in the realization that we have accomplished something.” – Henry Ford

27. “I believe God is managing affairs and that He doesn’t need any advice from me. With God in charge, I believe everything will work out for the best in the end. So what is there to worry about.” – Henry Ford

29. “There is no man living who isn’t capable of doing more than he thinks he can do.” – Henry Ford 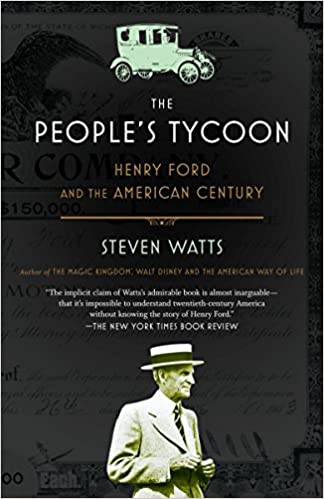 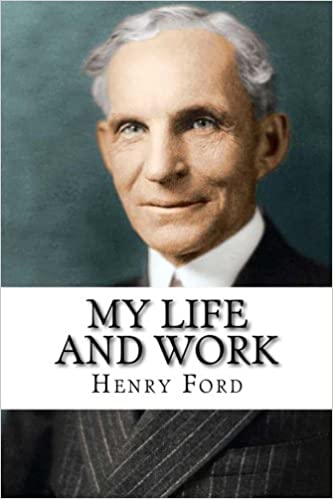 Failure is simply the opportunity to begin again, this time more intelligently.