44 Inspirational Hero Quotes To Be The Best Version Of You

“Anyone who does anything to help a child in his life is a hero to me.” – Fred Rogers. Here are 44 Inspirational Hero Quotes To Be The Best Version Of You.

1. “To have no heroes is to have no aspiration, to live on the momentum of the past, to be thrown back upon routine, sensuality, and the narrow self.” – Charles Horton Cooley

2. “Never in the field of human conflict was so much owed by so many to so few.” – Winston E. Churchill

3. “As we express our gratitude, we must never forget that the highest appreciation is not to utter words, but to live by them.” – John F. Kennedy

4. “My heroes are those who risk their lives every day to protect our world and make it a better place—police, firefighters, and members of our armed forces.” – Sidney Sheldon

5. “Honor to the soldier and sailor everywhere, who bravely bears his country’s cause. Honor, also, to the citizen who cares for his brother in the field and serves; as he best can, the same cause.” – Abraham Lincoln

6. “For the veteran, thank you for bravely doing what you’re called to do so we can safely do what we’re free to do.” – Unknown

7. “I am of certain convinced that the greatest heroes are those who do their duty in the daily grind of domestic affairs whilst the world whirls as a maddening dreidel.” – Florence Nightingale

8. “I think a hero is any person really intent on making this a better place for all people.” – Maya Angelou

9. “Heroes are those who can somehow resist the power of the situation and act out of noble motives, or behave in ways that do not demean others when they easily can.” – Philip G. Zimbardo

11. “Friends are the real superheroes. They battle our worst enemies—loneliness, grief, anxiety, depression, fear, and doubt—every time they come around.” – Richelle E. Goodrich

12. “Real heroes are men who fall and are flawed, but win out in the end because they’ve stayed true to their ideals and beliefs and commitments.” – Kevin Costner

13. “People are not born heroes or villains; they’re created by the people around them.” – Chris Colfer

14. “The ordinary man is involved in action, the hero act. An immense difference.” – Henry Miller

15. “A true hero isn’t measured by the size of his strength, but by the strength of his heart.” – Hercules

16. “Heroes are made by the paths they choose, not the power they are graced with.” – Brodi Ashton

17. “To be heroic may mean nothing more than this then, to stand in the face of the status quo, in the face of an easy collapse into the madness of an increasingly chaotic world and represent another way.” – Mike Alsford

18. “The prudent see only the difficulties, the bold only the advantages, of a great enterprise; the hero sees both; diminishes the former and makes the latter preponderate, and so conquers.” – Johann Kaspar Lavater

19. “The hero is commonly the simplest and obscurest of men.” – Henry David Thoreau

20. “A hero is no braver than an ordinary man, but he is braver five minutes longer.” – Ralph Waldo Emerson

21. “Real heroes are men who fall and are flawed, but win out in the end because they’ve stayed true to their ideals and beliefs and commitments.” – Kevin Costner

22. “Heroism is not only in the man but in the occasion.” – Calvin Coolidge

23. “The ordinary man is involved in action, the hero act. An immense difference.” – Henry Miller

24. “We do not have to become heroes overnight. Just a step at a time, meeting each thing that comes up… discovering we have the strength to stare it down.” – Eleanor Roosevelt

25. “People are not born heroes or villains; they’re created by the people around them.” – Chris Colfer

27. “To have no heroes is to have no aspiration, to live on the momentum of the past, to be thrown back upon routine, sensuality, and the narrow self.” – Charles Horton Cooley

28. “How important it is for us to recognize and celebrate our heroes and she-roes!” – Maya Angelou

29. “A hero is an ordinary individual who finds the strength to persevere and endure in spite of overwhelming obstacles.” – Christoper Reeve

31. “You cannot be a hero without being a coward.” – George Bernard Shaw

32. “A hero is somebody who is selfless, who is generous in spirit, who just tries to give back as much as possible and help people. A hero to me is someone who saves people and who really deeply cares.” – Debit Mazar

33. “The real hero is always a hero by mistake; he dreams of being an honest coward like everybody else.” – Umberto Eco

36. “Aspire rather to be a hero than merely appear one.” – Baltasar Gracian

39. “For one thing, I don’t think that anybody in any war thinks of themselves as a hero.” – Steven Spielberg

40. “Those who say that we’re in a time when there are no heroes, they just don’t know where to look.” – Ronald Reagan

41. “Dr. Martin Luther King is not a black hero. He is an American hero.” – Morgan Freeman

43. “It doesn’t take a hero to order men into battle. It takes a hero to be one of those men who goes into battle.” – Norman Schwarzkpof

44. “A hero cannot be a hero unless in a heroic world.” – Nathaniel Hawthorne

- 35 Inspiring Endgame Quotes To Get You Hyped 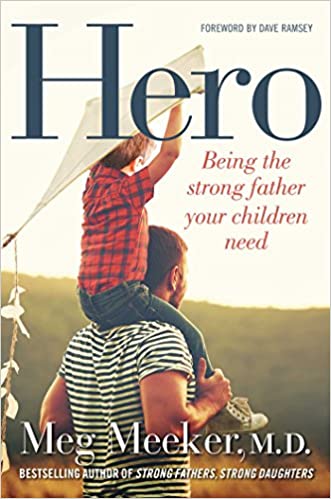 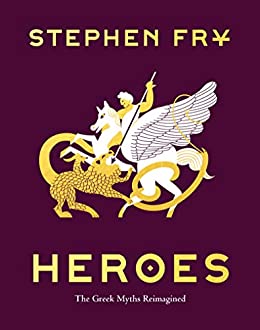 “Nothing is given to man on earth – the struggle is built into the nature of life, and conflict is possible – the hero is the man who lets no obstacle prevent him from pursuing the values he has chosen.” – Andrew Bernstein

“Heroes are made in the hour of defeat. Success is, therefore, well described as a series of glorious defeats.” – Mahatma Gandhi

“A hero is someone who, in spite of weakness, doubt or not always knowing the answers, goes ahead and overcomes anyway.” – Christopher Reeve