Anyone who can be the CEO of two companies at the same time deserves to be highlighted so we can all learn from them. Jack Dorsey is one of the founders of Twitter, even though that is a pretty crazy story told in this book by Biz Stone. There was a lot of juggling and shifting and kicking out of people in the company. His rise to being the CEO was a shady one, but he made it there none the less.

Two be the CEO of two companies when we all have only 24 hours in the day requires some serious commitment and time management. To be able to spend the time that is needed working on both Square and Twitter is quite impressive. Most people struggle to handle one job. He is the perfect example to use when you are complaining.

“Make every detail perfect and limit the number of details to perfect." - Jack Dorsey

“You don’t have to start from scratch to do something interesting.” - Jack Dorsey

“You can worry about the competition… or you can focus on what’s ahead of you and drive fast.” - Jack Dorsey

“Everyone has an idea. But it’s really about executing the idea and attracting other people to help you work on the idea.” Jack Dorsey

If there is one thing, Jack Dorsey has mastered, it's waiting for his time. When he first started working on Twitter, he seemed like the least likely person to replace Evan Williams as the CEO. He lurked in the background and made the best possible moves to be ready when his time came.

When it comes to his companies and their core products, Twitter and Square have been patient. He has made it an organizational habit to sit back and wait for the right moment to strike when the iron is hot. People develop wealth and build great things being patient and waiting for the right time.

This is a natural habit to develop but also accessible to misunderstand. Waiting does not mean doing anything. You work while you wait. Dorsey sid not just expect Twitter to be handed over to him without Evan Williams putting up a fight. He was working on himself in every possible way to make sure he would be ready for his moment.

The only way you can run two companies at once is with excellent habits backed into routines. He does not have time to waste decisions on trivial things, so he builds methods, so everyone knows what to do and what he is going to focus on.

Monday is management, Tuesday is the product. Wed is marketing growth and communication to give some examples. He goes into each day, knowing what he needs to focus on. He eats the same things for breakfast each morning so that he does not have to think about it.

He has embraced the power of routine. He finds thinks that he knows work, and he sticks with them. That is what habits and routines are really about. Not leaving things to chance and hope you make the right choice on the fly.

Jack Dorsey has been keeping a journal from high school, way before he was a business mogul. Nowadays, he calls it one of the best things he has ever done. He uses it to track progress and reflect on how far he has come.

On Sundays, he spends the entire day in reflection and just thinking. He does not just get bogged down by work that does not matter. He makes sure to take time to step away and think about how to be better and how to apply new information.

This is a habit that is easier said than done. Everyone understands the need for rest and reflection, but entrepreneurs often want to grind more. The issue is that when you rub with your head down, you may miss some essential things. 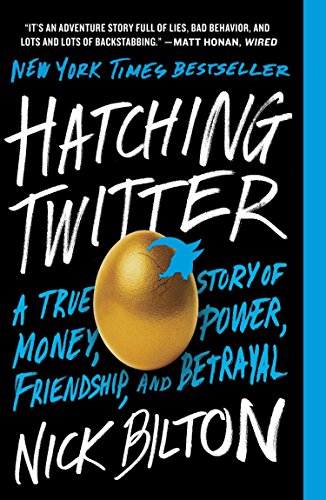 Hatching Twitter: A True Story of Money, Power, Friendship, and Betrayal Learn More Learn More
We earn a commission if you click this link and make a purchase at no additional cost to you.

Summary of The Jack Dorsey Net Worth and Key Habits

Wait For Your Time