Jordan Belfort built his original net worth as a broker and entrepreneur. He lost it all and now is an author, motivational speaker and he teachers others how to sell. In 1999 he pleaded guilty to fraud like crimes for stock market manipulation. His story is widely known because Leonardo Dicaprio played him so well in the movie "The Wolf of Wall Street."

1. “The only thing standing between you and your goal is the bullshit story you keep telling yourself as to why you can’t achieve it.” – Jordan Belfort

2. “Without action, the best intentions in the world are nothing more than that: intentions.” – Jordan Belfort

4. “When you live your life by poor standards, you inflict damage on everyone who crosses your path, especially those you love.” – Jordan Belfort

5. “You don’t choose who you fall in love with, do you? And once you do fall in love—that obsessive sort of love, that all-consuming love, where two people can’t stand to be apart from each other for even a moment—how are you supposed to let a love like that pass you by?” – Jordan Belfort

Jordan Belfort was able to build a massive net worth because he was great at selling. He decided to start selling crap stocks to rich people who could afford to lose money and got deeper and deeper down the fraud trail. Regardless of his illegal actions, Belfort was a master salesman who knew how to sell anything to anyone and in his book he teaches the straight line system he created.

A person who can sell can never stay down and out. No matter what business you are in or what you do, at some point you need some one to give you money and that means you need to sell. Learning to sell is something everyone should learn how to do. It will be one of the best decisions that you could ever make in your life.

Living on the wild side could be a positive or negative habit depending on how you want to look at it. For Jordan Belfort it may have started as a positive habit but it quickly became a negative one. The drugs, hookers, bullying, foul language, and cheating all started to add up and create a monster. Their behavior ended up building prideful blind spots that did not allow them to see how childish they were being.

The best way to approach this is to not forget about enjoying life on your journey. Success demands sacrifice and that you give up a lot to get where you want to go. Sometimes you get to where you always wanted and you never stop to smell the roses because you just move on to the next thing. When you take time to enjoy life and live a little but it can help you to remember why you're grinding in the first place.

Habit #3 - Be Addicted to Success

There was a point where Jordan Belfort knew that he could get in trouble. He had the opportunity to get out of it all and just sit on his money but he just could not do it. His pride and arrogance made him feel untouchable and he kept doing illegal things. The problem was that he was addicted to success. He was addicted to winning and more.

All of the greats get this way. You see this in sports with athletes like Kobe Bryant, Michael Jordan and Tom Brady. They win a championship and they are already focused on the next one. There is no time to dwell on the past because they are addicted to the next victory. 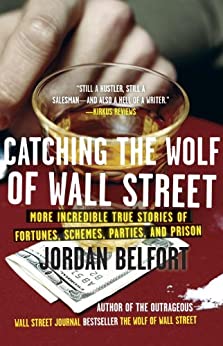 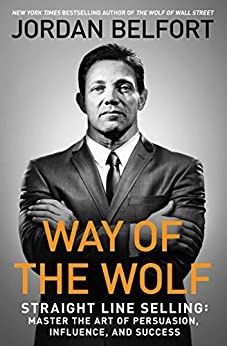 Sell Your Ass Off

Live On The Wild Side

Be Addicted to Success