Kelly Rowland is an accomplished singer, actress, songwriter, and a TV personality. She started her music career in 1992 as a member of the dance group called “Girl’s Tyme.”

Rowland started her solo career in 2002 after making the hit song, Dilemma with rapper Nelly. The song sold over 7.6 million copies globally and she gained global recognition from it.

Kelly ventured into the film industry in 2003 when she was in the movie, Freddy vs. Jason. This was followed by other successful films and Television shows.

Rowland has won several awards during her music and acting career. She has a net worth of approximately $30 million as of 2021.

“Coming into the music industry, even when I was a kid, one thing I learned is timing is everything. You being prepared is everything.”

“Judge me if you want to. And as a matter of fact, it won't even count, 'cause the only person who can judge is God.”

Kelly considers her herself to be blessed because she discovered her singing talent when she was just five years. She nurtured it by singing in churches and later made a career out of it. Rowland does not know how her life would have turned out had she never discovered her talent at such an early age.

One of the easiest ways to excel in life is by discovering your talent as young as you can. That way, you have adequate time to grow your talent and make a career out of it. People who do things that are in line with their talent do not struggle to be successful.

Kelly is on record for saying that her personal journey in the music industry was not a walk in the park. She was told no several times, and was often dropped from labels. She did not give up though. Rowland kept trying and she eventually made it.

Successful people are fighters. They do not give up when they fail. Never give up, even if things seem not to work in your favor. Just keep trying and you will eventually accomplish what you set out to.

According to Kelly, you have to believe for anything to workout. Kelly believes in herself in everything she does because of how good her God is. She believes in God and his ability to change impossibilities to possibilities. Kelly says that God never leaves people that believe in him. 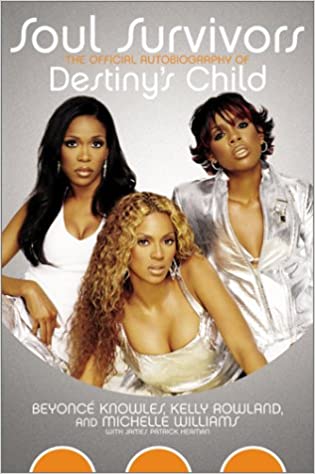 Believe in God and yourself