Nicki Minaj is one of the most dominant female hip hop singers in the world. She is from Trinidad & Tobago but lived most of her life in New York. As a kid, Nicki lived with her grandmother and at age 5, she was taken to New York with her family.

Nicki started her career as actor but she failed to reach the level of success she desired. She worked as a waitress at the time in order to pay the bills. In 2004, Nicki started her music career with a group called full force. In 2007, she released her first mix-tape. Lil Wayne noticed her and signed her to Young Money Entertainment company with other artist like Drake. In her first year she did a lot of songs with other popular artist, and that helped to make her more mainstream. She released her first music album in 2010. “Pink Friday” turned out to be massive hit with 375,000 copies selling in the first week of release.

Working with renowned artists like Meek Mill, Drake, Birdman, and DJ Khaled, has earned her a net worth of $100 million.  The wealth has come from producing hit singles and earning millions from her tours, but she done things like being a judge on American Idol. She also earns a lot from her endorsements and business ventures. 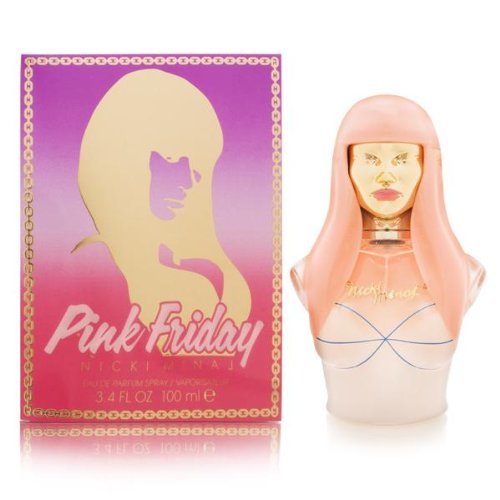 Nicki Minaj Pink Friday Eau de Parfum Spray for Women, 3.4 Ounce Learn More Learn More
We earn a commission if you click this link and make a purchase at no additional cost to you.

“You don’t have to feel the need to put somebody down to make yourself feel better.” – Nicki Minaj

“Call me cursed or just call me blessed. If you can’t handle my worst you ain’t getting my best.” – Nicki Minaj

“People always want to talk about who I was, but I’ve always been singing, always been experimenting with pop music.” - Nicki Minaj

“People love and support you when it’s beneficial.” – Nicki Minaj

“It’s not hard to get your way when it’s your way or the highway. People either follow suit or they’re not around. I don’t really like the sound of that, ’cause that sounds like a temper tantrum. I’m just very black and white when it comes to my business. There’s really no gray area.” - Nicki Minaj

Nicki Minaj comes off as a diva and a superstar who may only care about herself. She is actually one of the kindest souls in the world though. She supports many different charities. She also helps college-students with their finances through her scholarship program. She has used her money for good in many different ways.

No matter where you are in your journey to success, remember that you always have something to give. If you don't have the money right now, then find a way to give others some of your time. If you want to get, you always have to be a giver first. It also feels good to give to other people and make a difference in their lives.

Nicki Minaj has been a master of adapting to the times. Her entire persona of The Black Barbie resulted in her rise to the top. She changed her entire image! She had body work done, mixed in singing and rapping into her music, and started to act like a literal barbie doll.

She made herself extremely attractive so that she could sell based on sex appeal. Whether you like her approach or not, it worked out the way she wanted it to. After becoming a star, she has gotten into acting, business and other ventures. She has continued to find ways to adapt to the times.

Minaj has had a troublesome past. She grew up with an alcoholic father who burned their house down at one point. She wanted to be an actress but failed, and was even fired from her job as a waitress.

She tried making it as a singer but that did not work out so she changed and decided to start rapping. She never threw in the towel on her failures though. Her hard work paid off finally, and its because she kept going when it would have made sense for her to quit.

True failure is deciding that you will not try any more. That is when you fail. Most of the time you just have to deal with temporary setbacks and she understood that. The setbacks never last but tough people do. When you're determined to succeed, you don't let anything slow you down. 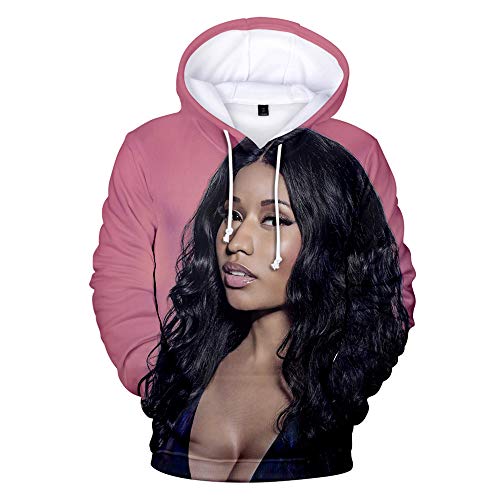 Aierwen Nicki Minaj Print 3D Unisex Hooded Long-Sleeve Hoodie with Pocket Sweatshirt Pullover Learn More Learn More
We earn a commission if you click this link and make a purchase at no additional cost to you.