Queen Latifah is an accomplished entertainer. She also is a singer, producer, rapper, actress, and songwriter. Latifah was born Dana Owens in East Orange, New Jersey. Latifah started in music in 1989 after signing with Tommy Boy Records.

Latifah started her record production company, Flavor Unit Records and Management Company, in 1991. She also tried her luck in acting in 1992 by appearing in the film, ‘Juice’. Other films that Latifah appeared include ‘Living Single’, Set it off’ and ‘Living Out Loud’ among others.

She is now an accomplished actor and film producer. As a rapper, Latifah has produced several hip-hop albums. She later shifted to singing jazz standards and soul music. Currently, Queen works more in films as a production manager.

In general, Latifah is an all-rounded entertainer who has made a substantial contribution to the entertainment industry. She has won several awards in music, in the TV personality category and the film industry. Latifah's net worth is approximately $60 million. 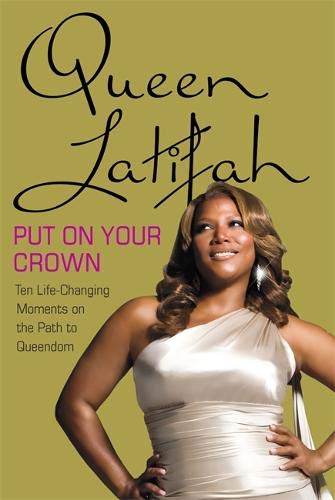 Put on Your Crown: Life-Changing Moments on the Path to Queendom Learn More Learn More
We earn a commission if you click this link and make a purchase at no additional cost to you.

“Look at people for an example, but then make sure to do things your way. Surround yourself with positive people.” - Queen Latifah

“Dreams become reality when we put our minds to it.” - Queen Latifah

“I know people who are twice as creative as I am, twice as smart, but they didn't do anything because they feared to go into a room and opening their mouths. My parents told me to truly accomplish things in my life; there would be times I would have to stand alone. It may be scary, but that's what it requires.” - Queen Latifah

“If you try to follow everyone else's mold, you'll probably fail at some point because God created us uniquely for a reason.” - Queen Latifah

“You can't let fear paralyze you. The worse that can happen is you fail, but guess what: You get up and try again. Feel that pain, get over it, get up, dust yourself off and keep it moving.” - Queen Latifah

I made decisions that I regret, and I took them as learning experiences... I'm human, not perfect, like anybody else - Queen Latifah

Latifah has role models but she likes doing things her way. She does not believe in following what others do blindly. Queen believes it is good to get advice from positive people but you should always make the final decision. Latifah loves making her own choices and deals with the consequences without blaming anyone.

You cannot excel in life and make a name for yourself if you won't do things your way and take responsibility for those choices. People who follow what others do may make less mistakes but they take less risks. You cannot stand out and shine by doing what everyone is doing.

Latifah believes that mistakes have built her up and not destroyed her. She has made several mistakes in her life but she has never allowed them to curtail her ambitions. According to Queen, she could not have reached where she is today if she feared making mistakes.

Life is a learning process and sometimes you mess up. However, successful people do not allow mistakes to paralyze them. The rule of the thumb is to learn from mistakes and keep moving forward at all costs. It's better to keep trying and have resolve than it is to play it safe.

Habit #3: Work on Your Dreams

We all have dreams and ambitions. However, the difference is that some people do not work hard to make their dreams a reality. Latifah's success is because of hard work and having clear goals. She wanted to become a key player in the entertainment industry and she worked hard to achieve that.

Having dreams is one thing and making them a reality is a different story. You cannot excel in life by having great plans if you do not implement them. You need to wake up early and sleep late to realize your dreams. Remember that big dreams require more hard work than small dreams. 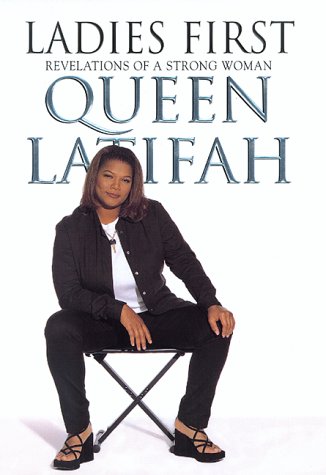 Ladies First: Revelations of a Strong Woman Learn More Learn More
We earn a commission if you click this link and make a purchase at no additional cost to you.

Do not let mistakes to paralyze you, Keep Trying

Work on Your Dreams