Seth is a true definition of entertainment talent. He is an accomplished filmmaker, screenwriter, actor, singer, comedian, television director, animator, and a lyricist.

He developed a love for animation when he was small and stated drawing cartoon figures. He published his first comic work, "Walter Crouton" in a local paper at nine years where he earned $5 every week.

Macfarlane started making short films using his parent's camera while in high school. He later enrolled in the Rhode Island School of Design to study animation and film production. Seth's skills in animated films enabled him to secure a job with Hanna- Barbera while still in college.

Seth started his career in the television industry with a cartoon series called Hanna-Barbera. He then created in 'Family Guy,' an American animated series. Seth is also among the brains behind 'American Dad,' adult animated series.

Macfarlane also created 'The Orville' that earned him more fame and money. He is undoubtedly one of the best in the showbiz industry when it comes to artistic animated content.

Macfarlane has proved to the young people that producing animation content is a profitable venture. Other than acting and film production, Seth makes a substantial amount of money as a singer. He has already released five albums that are doing well and he performs regularly in concerts.

MacFarlane has a net worth of approximately $300 million as of 2021.

“There have to be people who are vocal about the advancement of knowledge over faith.”

“I think at times I read too much of my own press. I wish I was better at taking in how great my life is, but that's surprisingly elusive. I tend to be very hard on myself and insecure about failing no matter what happens.”

“There are people on staff who have made that point, that the upside to a second Bush term is that it makes 'American Dad' work better. To me, the price is too high. I would gladly give up the comedy to have a President Kerry. But you work with what you have.”

“Believe it or not, I have about the same success rate as anyone else. Sometimes you hit, sometimes you miss.”

“What makes me happy is just keeping my brain challenged and stimulated and on its toes.”

“I was about two years old when I first started drawing recognizable characters.”

Habit #1: Work With What You Have

According to Seth, you do not have to wait all your life to get what you need. Sometimes it is prudent to work with what you have and make small gains as you wait for better opportunities. Seth believes that he would never become the person he is today if he ignored available opportunities below his expectations.

Habit #2: Be Prepared To Lose it All

The journey to success is not a smooth path filled with consecutive achievements. According to Macfarlane, "Sometimes you hit, sometimes you miss." He has failed to meet his goals several times, but he keeps on trying.

Never lose hope even if you make mistakes along the way or fail to reach your desired results. It is normal to lose and gain sometimes. The rule of thumb is to try again after failing and capitalize on your gains. That way, you can reduce losses and accomplish your dreams.

Habit #3: Don't Wait to Go After The Dream

Seth's advice for young people is not to wait for so long before doing things that can add value to their lives. He was lucky to identify his talent as an animator when he was a small boy. "I was about two years old when I first started drawing recognizable characters." He started growing his talent when he was a little boy, and today, he is a celebrated animator.

One reason why some people achieve little in life is that they take too long to identify their career path. Others keep postponing their plans waiting for more lucrative opportunities. It is good to start working on your goals as soon as possible. That way, you will realize them before you even know it. 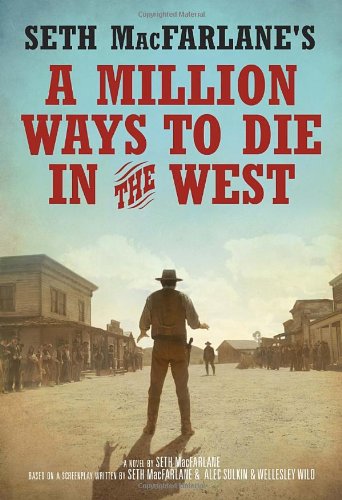 Seth MacFarlane's a Million Ways to Die in the West Learn More Learn More
We earn a commission if you click this link and make a purchase at no additional cost to you.

Work with what to have

Do not wait for so long to work on your dreams