She is among few African-American showbiz stars that have won all the big awards. Some of the notable accolades that Whoopi has won include the Emmy Award, Tony Award, Grammy Award, an Academy Award. The actress was born Caryn Elaine Johnson on 13 November 1955 in Manhattan, New York, USA.

Goldberg drooped out of high school. She was married and divorced three times; she was once a drug addict. Whoopi developed PTSD after witnessing a plane crash in 1978, and still has a fear of flying.

Whoopi started acting around 1974 as a standup comedian after relocating to California. She later moved to New York to perform under the guidance of Coach Uta Hagen. Since then, Goldberg has featured in several projects such as "Citizen: I'm Not Losing My Mind, I'm Giving It Away", 'The Long Walk Home,' 'How Stella Got Her Groove Back' 'Cinderella' and 'Call Me Claus' among others.

Her fan base grew larger in 2007 when she became a co-host and moderator of "The View". She managed to grow the viewership of the show by more than seven percent.

Other than acting, Whoopi is also an author and entrepreneur. She is a co-founder of Whoopi & Maya Company that specializes in medical cannabis products. Her net worth stands at about $60 million as of 2021. 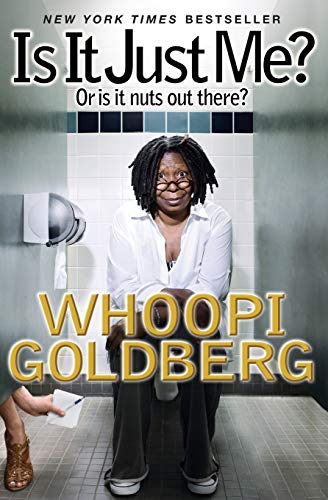 Is It Just Me?: Or Is It Nuts out There? Learn More Learn More
We earn a commission if you click this link and make a purchase at no additional cost to you.

“It's being willing to walk away that gives you strength and power - if you're willing to accept the consequences of doing what you want to do.”

“When I listen to these women, it makes what I thought were my hard knocks feel like little nudges.”

“I am where I am because I believe in all possibilities.”

“When I started, I knew I didn't fit any visual that anyone was going to lie down and take their clothes off about. Work doesn't come to me; I go out and look for it.”

The most important thing is to focus on things that make you happy. Goldberg dropped out of high school to become an actor, and she has no regrets about it.

Never mind what people say about some careers because what makes you happy is different from what makes them happy.

Look for a career path that you love and use it to pursue your dreams. It does not matter whether you are doing something big or small, as long as it gives you fulfillment.

Habit #2: Have Confidence in Yourself

Whoopi is on record for saying, “I am where I am because I believe in all possibilities.” She believes that she is part of the ‘American Dream” where you can be whatever you want to be.

She has managed to grow her acting career over the years because she believed in herself even when things were tough.

Life is full of challenges and no one is immune to failure. The rule of thumb is never to give up even if the challenges overwhelm you.

Always believe in yourself when doing something that seems impossible. If other people have made it, then you can as well make it if you have faith yourself.

According to Goldberg, life does not come to you. You have to wake up and look for work if you want to make a difference. Whoopi looks for opportunities where she can earn good money and change her life. She knows that she has to work hard to shine in the highly competitive acting industry.

Do not wait for opportunities to come your way because you may expect all your life. On the contrary, you should look for available opportunities and use them to earn revenue and accumulate wealth. It is prudent to work on less paying tasks as you wait for lucrative ones than staying idle. 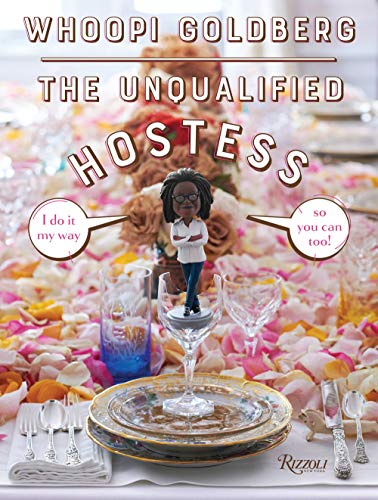 The Unqualified Hostess: I do it my way so you can too! Learn More Learn More
We earn a commission if you click this link and make a purchase at no additional cost to you.

Focus on things that make you happy

Have confidence in yourself

Don’t wait for work, go look for it