“Do something you really like, and hopefully it pays the rent. As far as I’m concerned, that’s success.” — Tom Petty. Here are 30 Top Tom Petty Quotes.

1. “I don’t think I’ve walked away ever thinking ‘Ah, that’s perfect.’ I do the best I can. That’s what keeps me coming back.” — Tom Petty

2. “You belong among the wildflowers. You belong in a boat out at sea. You belong with your love on your arm. You belong somewhere you feel free.” — Tom Petty

3. “You know, music isn’t really supposed to be perfect. It’s all about people relating to each other and doing something that’s really from the soul.” — Tom Petty

4. “Go after what you really love and find a way to make that work for you, and then you’ll be a happy person.” — Tom Petty

5. “It wasn’t work for me because I would’ve done it anyway… I just had a built-in love of what I was doing. I created my own vision of what I wanted to do. I was on a mission.” — Tom Petty

6. “Well, some say life will beat you down. Break your heart, steal your crown. So I’ve started out for God knows where. I guess I’ll know when I get there.” — Tom Petty

7. “If you spend a lot of time thinking about your career, you don't have one.” - Tom Petty

9. “I would assure all his fans that George was just as beautiful as they pictured him. And maybe more.” — Tom Petty, referencing his friend and Beatles members, George Harrison

10. “Back then it was almost like admitting that you were never going to make any money and realizing you probably were not going to have a professional life but saying, ‘This is what I love, so I’ll do this.'” — Tom Petty

11. “I learned so much from Bob Dylan. “He gave us a kind of courage that we never had, to learn something quickly and go out on stage and play it… You really learnt the value of spontaneity, of how a moment that is real in a concert is worth so much more than one you plan out.” — Tom Petty

12. “Music is… the only real magic I have encountered in my life. There’s not some trick involved with it. It’s pure and it’s real. It moves, it heals, it communicates and does all these incredible things.” — Tom Petty

13. “If you’re phony, they will feel it in the farthest row of the arena. You have to really care. And you have to make yourself care time and time again.” — Tom Petty

14. “You take it on faith. You take it to the heart. The waiting is the hardest part.” — Tom Petty

15. “… The only people who ever really make the big score are the ones who run off the course.”— Tom Petty 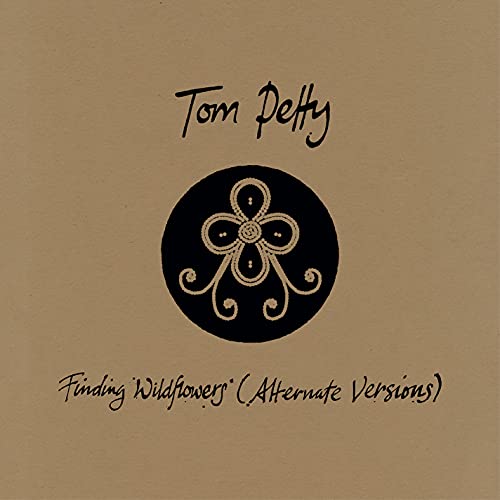 Finding Wildflowers (Alternate Versions)(2 LP) Learn More Learn More
We earn a commission if you click this link and make a purchase at no additional cost to you.

16. “We’ve gotten used to not playing the same show night after night. I hope some of that feeling comes along with it, some of that freedom to explore. I’ve seen people that have been around a long time and they just fall into routine and self-parody. That’s just not where we want to wind up. We really believe in this music, this rock ‘n’ roll music that we’re playing. And we want to keep it fresh and avoid any sort of routine to it.” — Tom Petty

17. “You need eagles wings to get over things that make no sense in this world.” - Tom Petty

18. “We've all got to kind of come together if we want things to be better.” - Tom Petty

19. “I always had a little routine of going into whatever room I was using at the time to write in, and just staying in there till I felt like I got a bite.” — Tom Petty

20. “The Hard Promises Tour was a very hard tour, a hard one for me mentally. All of a sudden we were in a different place. I think I started to take it too seriously. I really wanted to part the Red Sea every night. I felt I had to…. It took me a while to reckon all that out, get comfortable with it it. Now I cherish it.” — Tom Petty

21. “I’m more interested in what I’m going to leave behind me than in making a big hit record. I’ve refined what I do for a long time. If getting better at it means it goes over the heads of those who only wanted to party, then so be it.” — Tom Petty

22. “It’s a really great surprise to find out you can get better as you get older. I’m enjoying performing because the band just gets better and better; instead of going the other direction, we’re actually getting better at what we’re doing, and that obviously makes it a little easier to do. It seems like over the years, every time we get together and plug in and start to play we’ve come a little further than we were. If you kind of take care of yourself and care a lot about what you’re doing, there’s no end to it I don’ think. I think you can keep improving, and I think if we don’t we’ll stop.” — Tom Petty

23. “The only good thing about getting older is you get smart enough to avoid unnecessary problems. You know what’s worth spending time on and what’s not. If I had known that at 20, life would have been so much easier, but you have to experience all these things so you figure out how to find your way through the woods.” — Tom Petty

24. “It’s sort of hope amongst the ruins, I think. To me, we’re all in the great wide open. I think life is pretty wild; I really want to like the world, but at the same time I have to write about what I see.” — Tom Petty

25. “Well, I know what’s right. I got just one life in a world that keeps on pushin’ me around. But I’ll stand my ground.” — Tom Petty

27. “Even the losers get lucky sometimes.” - Tom Petty

28. “But listen, honey, wherever you are tonight. I wish you the best of everything in the world. And I hope you found, whatever you were looking for.” — Tom Petty

29. “If you can’t take the attitude that even losers get lucky, I don’t see how you can face life.” — Tom Petty

30. “I’m just trying to make good quality music, ’cause I do realize this music is going to be around much longer than me. I do know that now. If I’m gonna get it together to go make a record, I want it to be something that does feel timeless and honest.” — Tom Petty 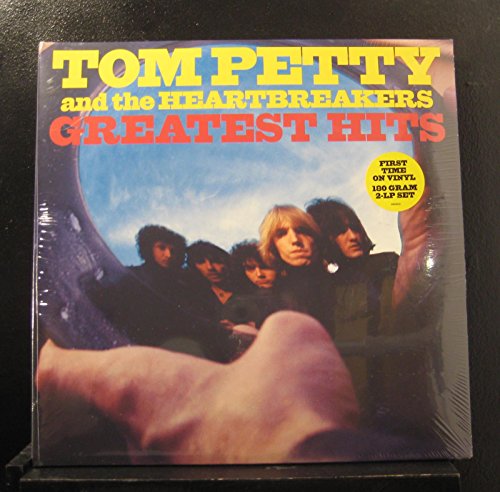 Tom Petty & The Heartbreakers - Greatest Hits Learn More Learn More
We earn a commission if you click this link and make a purchase at no additional cost to you.

“I’m just trying to make good quality music, ’cause I do realize this music is going to be around much longer than me. I do know that now. If I’m gonna get it together to go make a record, I want it to be something that does feel timeless and honest.” — Tom Petty

“The only good thing about getting older is you get smart enough to avoid unnecessary problems. You know what’s worth spending time on and what’s not. If I had known that at 20, life would have been so much easier, but you have to experience all these things so you figure out how to find your way through the woods.” — Tom Petty

“Even the losers get lucky sometimes.” - Tom Petty