Typer Perry built his net worth as an actor, writer, producer, comedian and director. Tyler is known for creating and performing as the Madea character who is a tough elderly black woman.

Perry has done it all from traditional movies to live staged plays. Many of his hit movies started as plays. He has created multiple TV shows like House of Payne and landed a deal with Oprah’s network OWN. He has also been in films not produced by himself like Star Trek and TMNT. 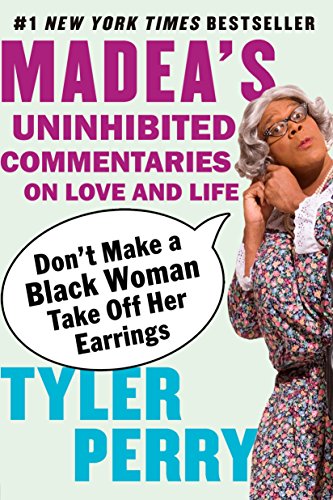 Don't Make a Black Woman Take Off Her Earrings: Madea's Uninhibited Commentaries on Love and Life Learn More Learn More
We earn a commission if you click this link and make a purchase at no additional cost to you.

“You can never be upset with the people who forced you into your dream.” Tyler Perry

“We can do anything.” Tyler Perry

“My brand is faith.” Tyler Perry

“If I had not had faith in my life. I don’t know where I would be right now.” Tyler Perry

“What I have learned in this life is, you can never be ashamed of where you come from.” Tyler Perry

Tyler Perry had a really hard upbringing, His father was very abusive and only knew how to beat his kids. He hated his upbringing so much that he attempted suicide.

The only refuge he had was the once a week that his mom took him to Church. He changed his name from Emmitt to try and distance himself from his dad. He was still able to overcome poverty and being molested to find his own success.

Tyler Petty is brave enough to tell his story because he uses it to inspire others in similar situations. He donates his money and time to help lift up those who are in need. He has become a sign of hope for many in the black community.

Everyone has been through something and we all have the ability to help others through their pains like Tyler Perry.

Habit #2: Own Your Beginning

Tyler Perry is clearly a great storyteller and that’s why he writes movies and plays. The one thing that is central in his own story and many of the stories he writes is that your beginning does not have to dictate where you end up. He is able to provide hope in this message that you can get better and move forward. Healing and improvement are possible.

You may be looking at where you are or where you have been as your final destination. What if it's really just page 1 of a 300-page book? You have a lot of stories left to write but you are the author and you have a pen. You have to make choices that can change your situation for the better.

Tyler Perry has shown so much persistence and adversity to get to where he is today. He has used his movies to promote black culture, Christianity and also touch on some racy issues. He has faced a tonne of backlash and hate but he has not stopped. The best way to sum up his career action is don’t stop.

Sometimes you have to choose your direction and move that way as if your life depends on it. Don’t allow anything to hold you back. Don’t let the world consume you or make you feel like you are not enough to succeed. It may take longer than you think but you must keep moving. 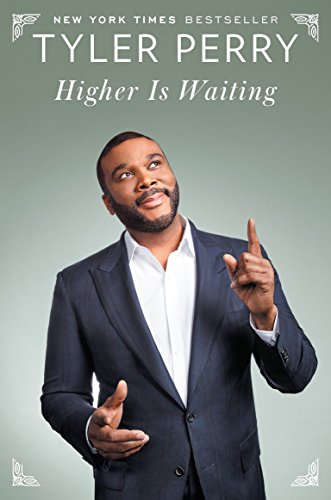 Higher Is Waiting Learn More Learn More
We earn a commission if you click this link and make a purchase at no additional cost to you.