Will Ferrell Net Worth and Key Habits

Will Ferrell Net Worth = $120 Million

Will Ferrell built his net worth as an comedian, actor, producer, writer and businessman. He first established himself in the 90s on the comedy show Saturday Night Live like many other comedians.

He is known for hit films like Anchorman, Talladega Nights, Step Brothers and many other hit comedies. He is also the founder of the website Funny or Die. He has done voice over roles in popular movies like Megamind and The lego Movie.

He is considered to be a part of the frat pack of brother who all came into comedy in the late 90s. the pack includeds:

Quotes - Will Ferrell Net Worth and Key Habits

“Hey. They laughed at Louis Armstrong when he said he was gonna go to the moon. Now he’s up there, laughing at them.” – Will Ferrell

“Absolutely ma-am, I would love to sign your baby.” – Will Ferrell

“If we went to a Halloween party dressed as Batman and Robin, I’d go as Robin. That’s how much you mean to me.” – Will Ferrell

Will Ferrell Net Worth and Key Habits

Will Farrell has some crazy movie ideas on paper. A grown man that was adopted by Elves and then moves back to New York City. A guy who is a ridiculous NASCAR drive and acts like an idiot. Two guys join up for figure skating duels. When you think about the roles he is famous for they are all outside of the box ideas but he makes them work. Will Farrell is the guy who will give it a go when most other people will say that its too crazy to try. His success has come from taking on these opportunities.

Sometimes you don't know what will happen unless you say yes. You can't only do the things that keep you inside of your comfort zone. You have to be willing to do the things that make you uncomfortable as well. If you have not found your path yet, be willing to give more things a chance. Be open to as many opportunities as you can until you find the one that was made just for you.

Habit #2 - Ignore The Opinions of Others

Will Farrell is one of the most polarizing actors in Hollywood. People either love him or they can't stand his movies. There is no in between with him because he is so outside the box with everything that he does. His style of comedy had attracted a lot of opinions about him and he ignores them all. Will Ferrell does not let people's negative views of him stop him from making hit movies that people love. He chooses to focus on his fans over his haters.

You can release a piece of work and get 1000 positive comments and you will focus on the one negative one that you got. Ignore people who are negative idiots. Not everyone has constructive feedback, some people just want to knock and tear you down without good reason. You need to go to trust people for advice and criticism. Outside of that group of people, ignore the opinions of the rest of the haters.

Habit #3 - Do One Thing Really Well

Will Ferrell has a comedic style that focuses on doing one thing really well. The reason that his comedy works is because he just work on his style. He does not try and be anyone but himself. Because of this focus he can't be duplicated. He is the type of actor that is one of a kind and he likes it that way. He has been able to build an impressive net worth because he is so unique. 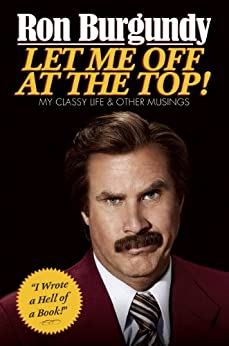 Summary - Will Ferrell Net Worth and Key Habits

Give It a Shot

Do One Thing Well