42 Fearless Wolf Quotes You Can Use to Improve Life

“If you live among wolves you have to act like a wolf.” – Nikita Khrushchev. Here are 42 Fearless Wolf Quotes.

1. “The wolf on the hill is not as hungry as the wolf climbing the hill.” – Arnold Schwarzenegger

2. “The wolf’s clear, intelligent eyes brushed mine. The wolf is gentle-hearted. Not noble, not cowardly, just non-fighting.” – Lois Crisler

3. “The Lord God had created all animals and had chosen out the wolf to be his dog.” – Jacob Grimm

4. “Wolves go after a wounded deer, it is the nature of the beast.” – Barbara Delinsky

5. “If you live among wolves you have to act like a wolf.” – Nikita Khrushchev

7. “The wolf will never lose sleep, worrying about the feelings of sheep. But no-one ever told the sheep, that they outnumber the wolves.” – Bray Wyatt

8. “The gaze of the wolf reaches into our soul.” – Barry Lopez

9. “That night the wind was howling almost like a wolf and there were some real wolves off to the west giving it lessons.” – George R.R. Martin

10. “Hunger drives the wolf out of the wood.” – German Proverb

11. “We both fell asleep wrapped up together with the wolves still lullaby-ing us in the background.” – April Genevieve Tucholke

12. “Where there are sheep, the wolves are never very far away.” – Plautus

15. “If the wolf would cease his running, the people would cease their shouting.” – German proverb

17. “Report makes the wolf bigger than he is.” – German Proverb

18. “When one runs with the wolves, one must howl with the pack.” – Leon Trotsky

19. “The Canis Lupus, both wolf and man, were meant to be a family with one another. We gain strength through our bond with each other.” – Quinn Loftis 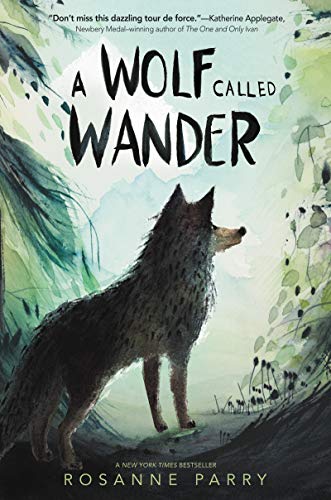 A Wolf Called Wander Buy Now Learn More
We earn a commission if you click this link and make a purchase at no additional cost to you.

22. “If you live among wolves you have to act like a wolf.” – Nikita Khrushchev

24. “They say the wolf bestows its happy spirit to help people. Women who obtain this spirit become skilled in creative endeavors and experience a strengthening of the senses. I would like to think there is some truth to this in my own life.” – Judi Rideout

25. “Some people aren’t who they say they are, be cautious of the company you keep, wolf in sheep’s clothing.” – Unknown

26. “It never troubles the wolf how many the sheep may be.” – Virgil

27. “Growing up, I was taught that a man has to defend his family. When the wolf is trying to get in, you gotta stand in the doorway.” – B. B. King

30. “The black wolf’s curse awakes every time that a full moon points in the middle of the sky.” – Pet Torres

31. “Everybody needs his memories. They keep the wolf of insignificance from the door.” – Saul Bellow

32. “Some girls are full of heartache and poetry and those are the kind of girls who try to save wolves instead of running away from them.” ― Nikita Gill

33. “Like crying wolf, if you keep looking for sympathy as a justification for your actions, you will someday be left standing alone when you really need help.” ― Criss Jami

34. “The wolves knew when it was time to stop looking for what they’d lost, to focus instead on what was yet to come.” – Jodi Picoult

35. “Make yourself a sheep and the wolf will eat you.” –German Proverb

36. “I guess I’m pretty much of a lone wolf. I don’t say I don’t like people at all, but, to tell you the truth, I only like it then if I have a chance to look deep into their hearts and their minds.” – Bela Lugosi

38. “The wolves’ prey upon the lambs in the darkness of the night, but the blood stains remain upon the stones in the valley until the dawn comes, and the sun reveals the crime to all.” – Khalil Gibran

40. “The wolf may fight the bear, but the rabbit always loses.” – Robert Jordan

42. “A wolf eats sheep but now and then; Ten thousand are devour’d by men. An open foe may prove a curse, but a pretend friend is worse.” – John Gay 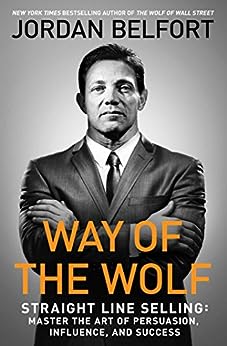 Way of the Wolf: Straight Line Selling: Master the Art of Persuasion, Influence, and Success
Free App
Buy Now Learn More
We earn a commission if you click this link and make a purchase at no additional cost to you.

- Being Fearless: Unleashing The Beast From Within

- How to Find Your Gift and Cultivate It

- 20 Best Water Quotes to Keep You Motivated to Hydrate

“When a wolf doesn’t want to do something, they look really cute.” – Michelle Paver

“Democracy must be something more than two wolves and a sheep voting on what to have for dinner.” – James Bovard

“Some girls are full of heartache and poetry and those are the kind of girls who try to save wolves instead of running away from them.” ― Nikita Gill