50 Top Comparison Quotes That Get You Thinking

1. “How much time he gains who does not look to see what his neighbor says or does or thinks, but only at what he does himself, to make it just and holy.” — Marcus Aurelius

3. “I've spent years living safely to secure a longer life, and look where that's gotten me. I'm at the finish line but I never ran the race.” — Adam Silvera

4. “Personality begins where comparison leaves off. Be unique. Be memorable. Be confident. Be proud.” — Shannon L. Alder

5. “I cannot say this too strongly: Do not compare yourselves to others. Be true to who you are, and continue to learn with all your might.” — Daisaku Ikeda

6. “The moment you have to recruit people to put another person down, in order to convince someone of your value is the day you dishonor your children, your parents and your God. If someone doesn't see your worth the problem is them, not people outside your relationship.” — Shannon L. Alder

7. “When the Lord makes it clear you're to follow Him in this new direction, focus fully on Him and refuse to be distracted by comparisons with others.” — Swindoll Charles R.

8. “The vast majority of us imagine ourselves as like literature people or math people. But the truth is that the massive processor known as the human brain is neither a literature organ or a math organ. It is both and more.” — John Green

10. “Judgment…is one of the ego’s tools to foster separation through comparison.” — Peter Santos

11. “Much of the study of history is a matter of comparison, of relating what was happening in one area to what was happening elsewhere, and what had happened in the past. To view a period in isolation is to miss whatever message it has to offer.”             — Louis L'Amour

12. “Never stop acquiring the commonsense, it is as good as the knowledge.” — Amit Kalantri

13. “Gulliver describes a royal personage inspiring awe among the tiny Lilliputians because he was taller than his brethren by the breadth of a human fingernail.” — Jonathan Swift

14. “Sex and a cocktail: they both lasted about as long, had the same effect, and amounted to about the same thing.” — D. H. Lawrence

15. “Comparison is the root cause of all evil. Why compare when no two people are alike”  — Haresh Sippy

16. “Lebedev: A time has come of sorrow and sadness for you. Man, my dear friend, is like a samovar. It doesn't always stand on a shelf in the chill but sometimes they put hot coals in it and it goes psh... psh! This comparison is worthless but you won't think up a cleverer one.”  — Anton Chekhov

17. “How I should despise such a thing if I were a man. What a nose she has! what a chin! what a neck! Then her eyes--and the worst kissing lips in the universe.” — John Vanbrugh

19. “It is only when the mirror has not spoken to Chimpanzee in a plain language that it thinks it looks more better than the Gorilla.” — Ernest Agyemang Yeboah

21. “Peter must have thought, "Who am I compared to Mr. Faithfulness (John)?" But Jesus clarified the issue. John was responsible for John. Peter was responsible for Peter. And each had only one command to heed: "Follow Me." (John 21:20-22)” — Swindoll Charles R.

22. “Comparison paralyzes progress, both of the mind and the society.” — Abhijit Naskar

23. “Many people covet other people’s lives without knowing what goes on inside those people’s minds.” — Lidia Longorio

24. “Some people think they alone have a brain and you have a mango seed.” — Karen Perkins-Dara 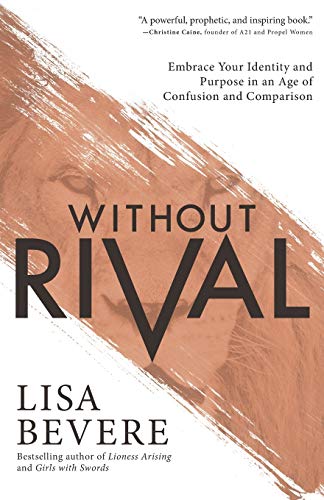 Without Rival: Embrace Your Identity and Purpose in an Age of Confusion and Comparison
$9.78
Learn More Learn More
We earn a commission if you click this link and make a purchase at no additional cost to you.

25. “She’d slipped from his fingers like a rising mist and fled from him as the haze of morning flees from the light of the sun.”      — Rachelle McCalla

26. “Orordrin laughed, his mirth rolling over us like liquid sunlight, hot and bright and heartening.” — Elle Katherine White

29. “The only person you should idolize is the person you have the potential to be.” — Natasha Potter

30. “How can I help?” I asked, as Anglicans have been taught to do—and in spite of the fact that our family have been Roman Catholics since St. Peter was a sailor.” — Alan Bradley

31. “Satisfaction is an excuse that arises out of comparison with success! Infact, it is the stepping stone of retirement.”  — Vishwanath S J

32. “A man who hides himself, confesses as evidently the superiority of his enemy, as another who fairly delivers his arms.” — David Hume

33. “The main source of some poor people’s misery is, not their being poor, but some people’s not being poor.” — Mokokoma Mokhonoana

34. “Compared to nature we are only the dust of running horses.” — Alan Maiccon

35. “His role (if he had one, which he sometimes doubted) was to provide a comparison with his elder sister Bridget.” — Tom Holt

36. “Some people are born to make a Point. And some to make money. No COMPARATIVE analogy exists.” — Talees Rizvi

37. “Be at peace with where you've been and where you are. That's how you win the battlefield of the mind.” — Andrena Sawyer

39. “The tuning of a good singer can be compared to the timing of a classic ballet presentation.” — Alan Maiccon

40. “What’s the point of being better than someone else?” — Noam Chomsky

41. “Happiness is like a butterfly; the more you chase it, the more it will elude you, but if you turn your attention to other things, it will come and sit comfortably on your shoulder.”  — Henry David Thoreau

42. “Everything and everyone at their own pace. Flow with not against yourself.” — Akiroq Brost

43. “She reminds me of infatuated women in 1940s movies who travel by ship and lounge alone on deck and cannot read and all they want is to stroll about at night until the man they love shows up again and offers to light their cigarette.” — André Aciman

44. “If you try to follow everyone else and be like everyone else, before you know it you’re gone. You’re not going to find yourself again; you’ll just be a version of what you might have hoped to have been.” — Dolly Parton

45. “Like happiness, unhappiness usually springs from a comparison.”  — Mokokoma Mokhonoana

46. “Take your life to another level by ignoring the Joneses altogether.” — Richie Norton

48. “Comparison by itself an endless cycle of arguments.” — Deyth Banger,

49. “Comparison drives you to the dead end of your dream, your vision and your destiny.” — Euginia Herlihy

50. “There is no need for comparison. Be happy with yourself and find satisfaction in your work.” ― Lailah Gifty Akita 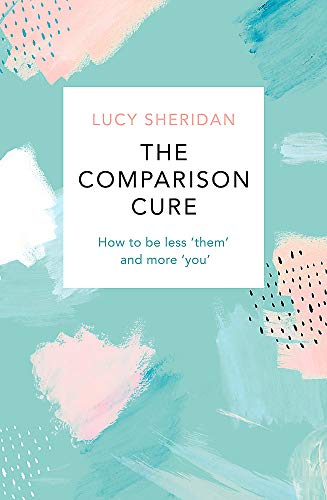 The Comparison Cure
$21.82
Learn More Learn More
We earn a commission if you click this link and make a purchase at no additional cost to you.

“Everything and everyone at their own pace. Flow with not against yourself.” — Akiroq Brost

“The main source of some poor people’s misery is, not their being poor, but some people’s not being poor.” — Mokokoma Mokhonoana