Alex Trebek built his net worth as a TV personality, game host, and actor. He is well known for being the host of the host of Jeopardy since the 1980's. He has also hosted some lesser known game shows like the Wizard of Offs, High Rollers and Double Dare. Trebek has had a few acting roles where he usually just plays himself.

If you can't be in awe of Mother Nature, there's something wrong with you. - Alex Trebek

Sex? Unfortunately, as you get older - and I shouldn't admit this - there are other things that become more important in your daily life. - Alex Trebek

We are all experts in our own little niches. - Alex Trebek

Alex Trebek has build his impressive net worth on the back of being consistent. As the host of Jeopardy for over 30 years he has kept his brand consistent on the show. You know exactly what to expect from the show and from him.

He is always calm and cool headed and because of that he has attracted a very large fan base. Not everyone likes surprises and being a fan of his show means that you get new questions but the same Alex.

Developing habits in themselves is about being consistent. To develop the habit of being consistent can manifest itself in many different ways. One of the best ways is when you show up as the same person.

Alex Trebek got into the journalism and TV personality world in his college days. He stayed in one industry the entire time. He found something that he loved and he just kept working at it.

There is no part of him that even peaked over the fence at something that could be better. He knew what he wanted and he stuck with it his entire adult life. All of these years in the business have allowed him to acquire a tonne of expertise that can only be built with time.

Find something you can do for a minimum of 10 years. You don't have to lock in to one thing for life but if you can, that is even better.

When you lock into one thing for a long time like that you make it impossible for people to catch up with you if you continue to take on a youthful mindset and keep learning. When you are in it for the long run, obstacles become much less of a bother than when you want success quickly.

Habit #3 - Fight for Your People

Alex Trebek fights for his fans and loved ones. He has cancer right now and has been very open about his fight. He could have easily stepped down from the show and just spent his last days with family but he has not done that. He has decided to open up about his fight and talk about how he is fighting for his wonderful wife, family and the fans of Jeopardy who see him as an inspiration. It takes a lot of courage to stand up and do that when money is not an issue in your life.

In everything that you do on your path to success, remember what is important and why you are doing it. You don't want to gain all the money in the world and lose your soul on the way there. The  best thing that you can do is to keep fighting for the things that matter in your life. No matter what difficulties life throws at you, keep fighting until your time is up. 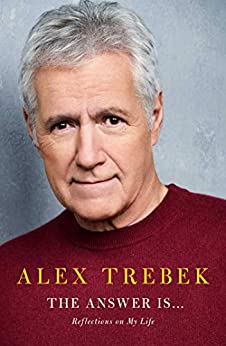 Fight for Your People

Be in it for The Long Haul

Fight For Your People